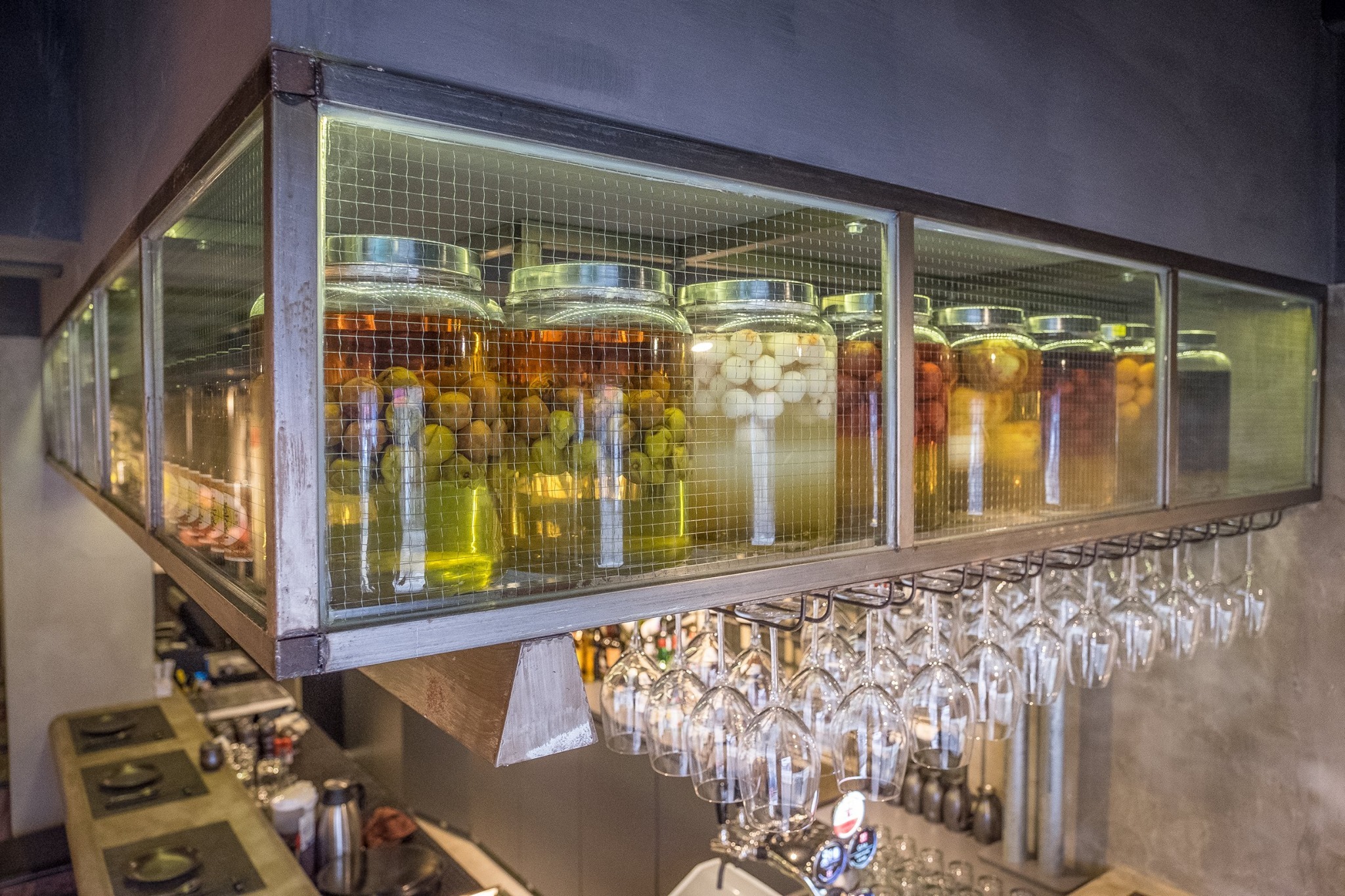 There once was a time when what lay west of Sheung Wan was reserved for locals and adventurous expats. That time is long gone. In the recent few years, Hong Kong's up and coming K-town has been expanding their impressive portfolio of restaurants, bars and cafes. With the extension of the MTR line alongside its charming seaside frontier and their calm yet buzzing street vibes, the formerly quiet neighbourhoods of Sai Ying Pun and Kennedy Town have transformed into vibrant, hipster hoods, replete with craft beer-swigging, organic food-eating, art-loving habitants. Quintessentially Lifestyle has put together a list of the new, the old and most importantly the best that Sai Ying Pun and K-town has to offer.

There is no shortage of excellent eateries, with familiar faces from food and beverage giants Castelo Concepts to some innovative, independent establishments. Fond as we are of the former, it is the latter that are the standout spots.

Rhoda is the latest 'it' spot in Sai Ying Pun which opened in June 2016. Designed by renowned home grown interior designer Joyce Wang, the restaurant offers a seasonal menu that changes daily according to the best local ingredients available.

Potato Head began in Bali and opened their second in Singapore. It has finally landed its third on Third Street, Sai Ying Pun a month ago. Potato Head offers a variety of concepts within one establishment. It is a one-stop-shop for those who want to eat, shop, drink, enjoy music and chill. It's restaurant Kaum serves delicious Indonesian cuisine that is influenced by unique Asian flavours from around the world.

Originally from Sheung Wan, Sup1 foresaw the upcoming popularity of Sai Ying Pun and moved there a couple of years back. Serving a delicious fusion of Japanese and French cuisine to locals and Hong Kong celebrities like Sammi Cheng and Kathy Chow, it is led by talented restaurateur Vincent Wong. Their must-try dishes are duck confit with casserole rice and their strawberry mousse with lychee foam, designed by former pastry chef of The Ritz Carlton. Prepare to be pleasantly surprised with its special ingredient; explosive candy! Sup1 has a cosy Japanese style outdoor area for those who love al fresco dining.

Patrons of PMQ might be more familiar with Locofama's sister offering, Sohofama, but this is where it all began. Demonstrating a refreshing attitude towards sustainable sourcing and local farming, back before it was even cool to do so, Locofama creates delicious dishes using organic ingredients where possible.

What Catch On Catchick lacks in size, it more than makes up for in taste. Seafood, simplicity and sharing are key, using quality ingredients to create the ultimate in comfort food, including some fine fish and chips, as well as Asian-inspired dishes. What's more, they do one of the best Bloody Mary's we have tasted – the secret ingredient? Clamato juice.

Just recently opened in June, Fugazi is the new kid on the block. Coming from the same family as its neighbour Shoreditch, Fugazi is a restaurant bar that offers Asian cuisine focusing mainly on grilled Japanese roast meat. Fugazi has their own exclusive home brew craft beer and an impressive selection of cocktails and drinks.

Although it occupies a small space, Fugazi makes up for it with its cool street style interior décor.

Inspired by one of Sydney's most popular brunch places, Butcher & Baker takes up an impressive space of 2000 square feet. With its light, friendly and casual atmosphere, it creates a charming weekend brunch vibe that makes everyone immediately feel at home.

It has dedicated areas similar to that of a fancy indoor farmer's market. With its own florist, bakery area, café, kid's DIY ice cream parlour and a butchers shop, this restaurant has it all. It also has its own kids play area, free weekday yoga classes and so much more.

Another restaurant that is helping cement Kennedy Town's reputation as a dining destination is Kinsale. Bringing a taste of Ireland's gourmet capital, after which the eatery is named, to Hong Kong is no mean feat, but Kinsale have succeeded. Expect hearty, familiar favourites and a burger that might just blow your mind.

Former Nobu chef Erik Idos brings a touch of Mexican flair to the western edge of the island. Chino is famous for it's Latin American flavours which have been given an Asian upgrade in a cool, contemporary environment – this is the place to go to get your taco or tostada fix.

Cobo House by 2am: dessertbar

Having trained under some of the world's most prestigious chefs, creator of edible art installations and recently crowned "Asia's Best Pastry Chef", Janice Wong certainly has a taste for the sweet life. Wong opened Cobo House by 2am:DessertBar in Kennedy Town, bringing her light hand, artistic eye and pure imagination.

Venture off piste from New Praya's waterfront watering holes and discover a couple of not-so-hidden gems on the backstreets of Sai Ying Pun and Kennedy Town.

Winstons Coffee: a trendy café by day and a buzzing bar, overflowing with local Hong Kongers by night. We recommend you try their baps and their unique green tea egg tarts, perfect for matcha lovers. If you are visiting at night, be sure to try their super popular espresso martini!

Unless you have been living in seclusion for the past year, you will probably have heard of Ping Pong 129. This cavernous former table tennis hall is arguably one of the city's most impressive bars, both to look at and drink in. Specialising in gin and tonic, Ping Pong 129 fuses all that is great and good about Hong Kong with an aesthetic and an attitude that celebrates the heritage, and at the same time, the dynamism of this metropolis we call home.

Opening this week, Craft Brew & Co. expands from its original SoHo situation to Sai Ying Pun, bringing its artisanal beers bursting with character and flavour to the neighbourhood.

This sweet little café on the corner of Catchick and Davis Street serves up a mean cup of coffee. The café itself comprises mostly of the barista area with only one seat available for guests and is very much focused on takeaway cakes and drinks. However, what they don't have in size they definitely make up for in quality. Cofftea sources all of their coffee beans from Italy. We recommend guests to try your coffee of choice along with their most popular dessert, Banoffee pie.

If you are looking for something a little different, look no further than Missy Ho's. Injecting some energy into Kennedy Town's otherwise steady bar scene; Missy Ho's brings creative cocktails and ceiling swings into the mix. It's riotous, but make sure you go early as it tends to close before midnight.

For further information on any of the places mentioned above, please contact your Lifestyle Manager. Interested in becoming a Member? Request more information