NYC Marathon - Everything You Need To Know About Sunday’s Event 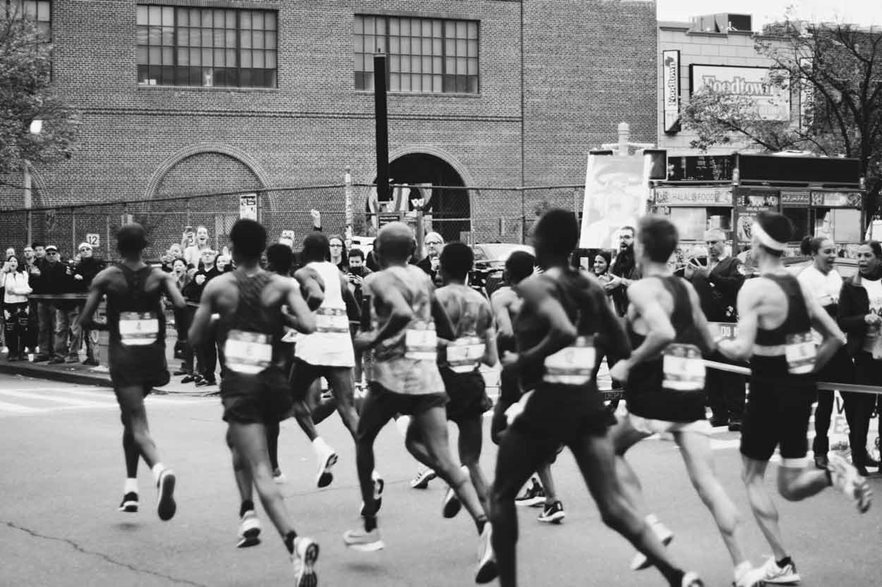 Getting free, front-row spots at a world-class sporting event in New York City isn't easy, though the opportunity does arise once each year, on the first Sunday in November, when the New York City Marathon weaves its way through NYC's five boroughs. New York City Road Runners have staged the city-wide event—the world's largest marathon—since 1976, when, to mark the Bicentennial, the original route breached the confines of Central Park where it had been staged, in laps, since 1970, and stretched out into the city and the outer boroughs.

This year, on 3rd November, it starts in Staten Island, winds through Brooklyn, Queens, Manhattan, and the Bronx, before finally finishing up back in Central Park. Line up along that 26.2-mile course, and you'll catch some international stars of track and field; this year Kenya's Mary Keitany and Ethiopia's Lelisa Desisa will be in the race, alongside Paralympians such as Daniel Romanchuk, who was the first American to win this marathon in the wheelchair category.

However, athletes aren't the only famous faces you're likely to see in this crowd. Plenty of celebrities run too; Kevin Hart and Karlie Kloss took part in 2017; Pamela Anderson was there in 2016; Edward Norton ran in 2009; Ryan Reynolds completed the race in 2008; P. Diddy crossed the finish line it back in 2003. Yet, you don't have to be a keen reader of the sports pages or the gossip columns to enjoy this event; the real star of the Marathon is the city itself. "I've completed the London and the New York Marathons, and New York is much more of a social event," says the amateur British runner Brad Farrant. "Everyone comes out to represent their borough and cheer on local runners; there are music and events all along the route. "I'm a huge hip-hop fan, so running through the city like that was a dream for me."

Farrant particularly enjoyed the five bridges along the race's route, each of which enable New Yorkers as well as visitors to see the city from vantage points rarely afforded in everyday life. "Whenever you crossed a bridge, you were in a different borough," says Farrant. "It was amazing." Those river crossings come at a cost too. "A lot of the route is quite flat, but those bridges go up and down, so they're hills." Crossing the finish line whilst hearing the roar of the crowd beside Tavern On The Green in Central Park more than makes up for this, of course. For spectators and competitors alike, it's a feeling that money can't buy.

Looking to watch or run the marathon next year? Contact your luxury lifestyle manager, so they can sort the details for you. Interested in learning more about Membership and how our US team can help you get front-row spots at global sporting events then get in touch for more information.