How Necker Cup 2018 served up the thrills 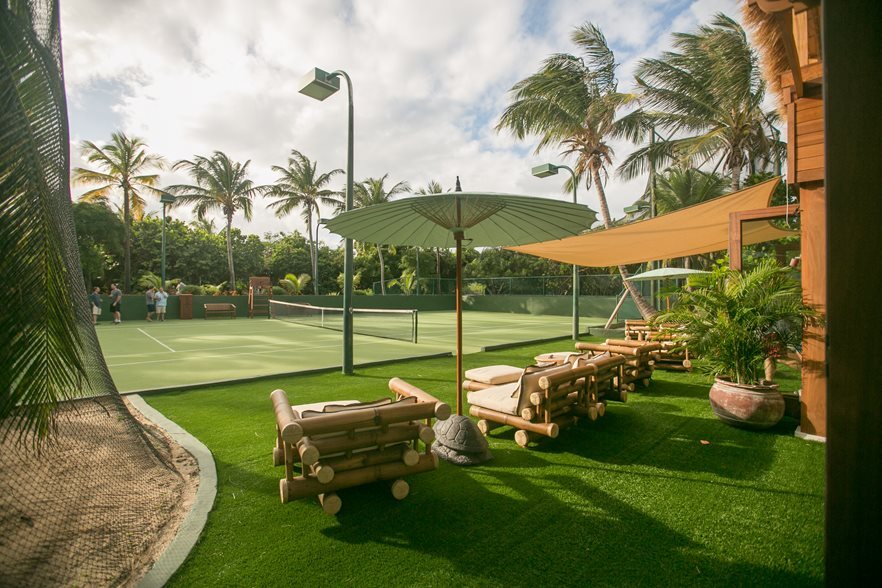 The competition raised funds for The National Tennis Foundation and Virgin Unite. (Over the past six years, the Necker Cup has also raised over $4 million for Virgin Unite and The National Tennis Foundation, as well as other player charities.) Tennis pros Serena Williams, Caroline Wozniacki and Tommy Haas were in attendance for the charitable pro-am, while in past years, legendary players such as Rafael Nadal, Novak Djokovic, Martina Navratilova, Boris Becker, and the Bryan brothers have taken part as well.

For this year’s Necker Cup competition, teams were made up of one pro and up to two amateurs, with a handicapped scoring method making it competitive for every player. The participating teams competed to win their bracket and earn a chance to win the Necker Cup trophy in the grand Final. Meanwhile, Necker Cup guests stayed on Necker Island and Oil Nut Bay.

Running concurrent to the Necker Cup, Legends Camp allowed guests three days of instruction from tennis or golf pros to perfect their strokes and drives, as well as participating in other activities, including paddle boarding, kite surfing, sailing, snorkeling and beach tennis.

During their stay, Camp guests split their days between Oil Nut Bay and Nail Bay, while their evenings were spent on the SeaDream II yacht. Guests also had the opportunity to spend a full day exploring Necker Island, as well as fitting in a game of tennis or some golf skill challenges, and a spot of leisurely lunch.

On the final evening, guests gathered on Necker Island once again, to take in a tennis exhibition, a charity gala dinner and auction, and the ‘End of the World Party’, which featured live music performances in an intimate setting.

For info on access to top flight tennis coaching, the Necker Cup or the Legends Camp, please contact your Lifestyle Manager wherever you are in the world.