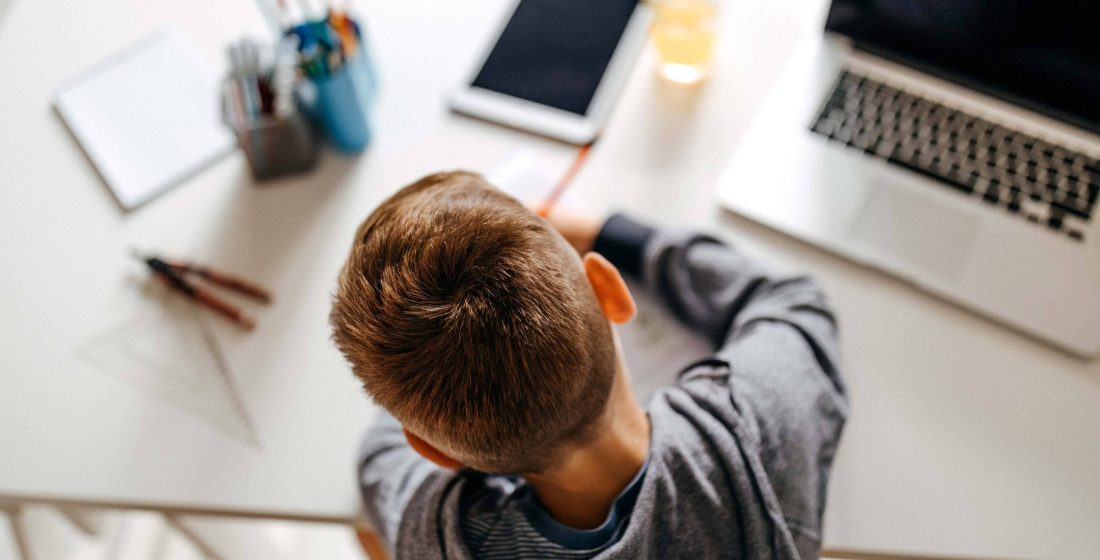 Autonomy in children's education and subsequently learning how to be independent is a critical skill for children to develop in their early years. As children grow older, they begin to understand how their choices and actions can influence outcomes and therefore learn what they do and do not have control over. This is crucial in early childhood education and helps children develop a sense of self. Boosting self-esteem, cognitive growth, and the feeling of being in control are all critical ways in which autonomy can impact a child's development.

Quintessentially Education spoke to Sylvia Broadbeck, an Education Consultant who firmly believes that the most important aspect of a child's education is authenticity and autonomy over their work. Particularly relevant in today's world, where home-schooling and self-taught education has become part of the new normal, Sylvia comments on her unique approach to children's education in the modern world.

What, in your view, comprises a good education?

As a species, with our intense innate curiosity, we are built to learn. Our natural state is to progress and to evolve. It is our destiny. But this evolution and this progress have to be real rather than illusory, and that is precisely where the problem lies. A good education, in the real sense of the word, equips those who undergo it with the tools to keep learning all their lives, continuously and profoundly. It enables them to escape conscious and subconscious power dynamics to engage in authentic communication with others so that all parties may work together in a way which ensures their shared evolution. It permits genuine teamwork, with members both leading and following instinctively as and when required to do so.

In essence, education at its best allows us to develop and trust a shared insight as to what lies beneath the Michelangelan marble block that is our future. It is so complexly and deeply nuanced as to be non-theoretical and non-ideological by definition for no theory or ideology could ever hope to capture the myriad gradations of the human learning process.

Profound teaching enables the student to unveil their authentic self, the deep-seated desire to learn at its core. Instead of adding, prodding, moulding and cajoling, the process is one of liberation. Rather than an obligation to be taught, what the student finally experiences is the freedom to learn. This process is utterly experiential, practical and pragmatic. It is not obscure, esoteric or somehow obfuscated by artificial constructs but rather accessible to anyone because it is entirely natural and devoid of interference.

What does your type of work entail?

There are essentially two crucial components: authenticity and autonomy.

When working with a student, I concentrate primarily on the notion of authenticity. Everything springs from that. Think of learning as tightrope walking. What are the essential elements? We need a rope, and we need balance to stay on the rope. We also need to 'see' the rope – understand what it is – and to be able to recognise when we have fallen off. The rope is our authenticity, the guideline. It's a seemingly limited, small space compared to the acres that lie on either side, both horizontally and vertically: we fall sideways as well as down.

Interestingly, the very fact that we have so much space to get it 'wrong' and so little room to get it 'right' makes the whole endeavour much more manageable. Children, because they are usually still extremely intuitive, very quickly begin to sense when they have come away from themselves. The rest is simply ongoing practice. Without undue involvement, the child becomes ever steadier and more competent. By having their autonomy respected, they find their own. At this point, instead of merely reacting to external stimuli, either by conforming to or rebelling against them, the student has the requisite space to be guided by their own authentic self. The clearer the authentic self becomes, the more precisely we see the tightrope and the easier it is to understand the balance. An apparent restriction and limitation – since it is not imposed from the outside - thus leads to greater clarity, security and, ultimately, freedom. Walking on their tightrope, the student can bypass obstacles much more easily and reach their goals much more quickly. They can, quite literally, avoid the void.

It is worth remembering that balance is a state of fluidity: continual adjustment, continuous movement is necessary. The state of authenticity entails awareness but defies explanation. And it is so easy because it is so natural; there is no artifice.

How can a child develop genuine authenticity?

In my 20+ years as a teacher, I have seen many students struggle with what they consider their identity but none with the authentic self. Understanding who they are, the 'good' and the 'bad' enables them to keep the balance. There are no good or bad qualities as such; there are merely balanced and imbalanced ones. That in itself is liberating for children who, in today's environment, increasingly struggle with not feeling good enough. I am particularly opposed to the idea of encouraging children, or anyone for that matter, to aspire to be 'their best self.' A dangerous notion because children tend to equate such concepts of betterment with self-worth and, consequently, the failure to improve with a lack thereof. After a while, they will view themselves as something that needs to be fixed.

Authenticity isn't about improving anything or defining particular aspects of identity; it is about recognising the nexus, the point where we choose for our foot to meet the rope. And, yes, it is a choice. That is part of our autonomy. One does not have to choose to be balanced. However, it should at least be a real choice, rather than one taken out of fear or disbelief. In this sense, it is much easier to work with children than adults: they are almost always far more courageous and willing to trust.

When the teacher does not engage in a power dynamic but instead accompanies as an equal, when the teacher is authentic and autonomous, not needing validation or reassurance of competence, then the student is free to learn in the most real sense of the word. They will have found the essence of what learning means, the simplicity and the joy of it. Everything else then becomes easy: learning a foreign language, writing an essay, putting together a university application. Even preparing for a despised standardised test loses some of its horrors since the student sees it precisely for what it is - a minimal indication of intelligence and potential. They are free to follow their intuition rather than waste time battling themselves trying to accept as truth the things they have been told to but which they know are nonsensical. They become calm, find clarity and are thus able to focus. They are now also able to think 'outside the box' in truly ground-breaking ways because they move outside and above the never-ending labyrinth below, which many of their peers are unfortunately stuck in.

At this juncture, when the student stands on the shoulders of the teacher to surpass them and, in turn, nurture the next generation, the work is done. Everything is now perfectly balanced, just as it should be.

Interested in enlisting the help of Sylvia Broadbeck to better your child's chances for the best educational environment? Contact Quintessentially Education for all education enquiries. 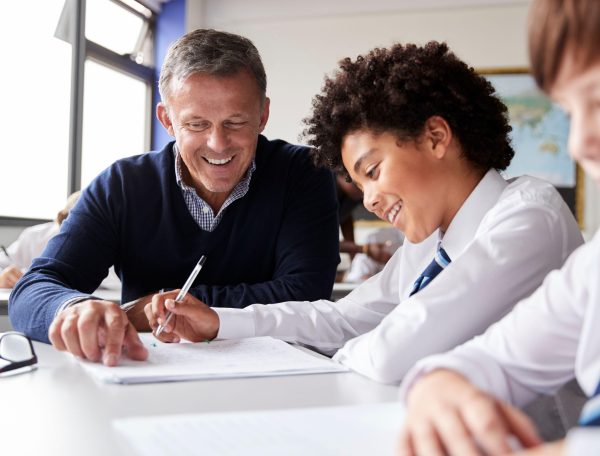 Quintessentially Education shares their top tips on how students should approach their revision for upcoming exams. 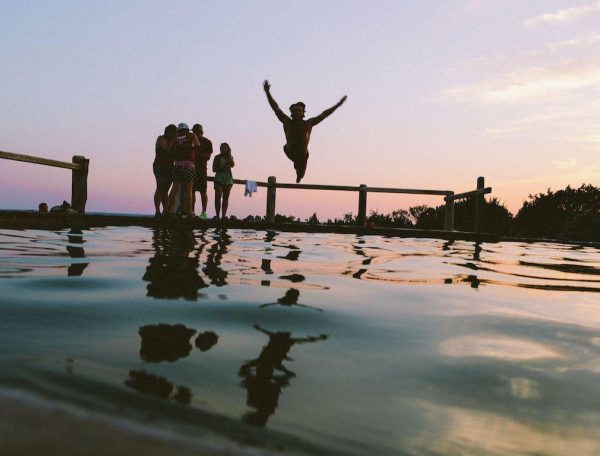 Make the most of the summer season with these choice recommendations from our in-house education experts. 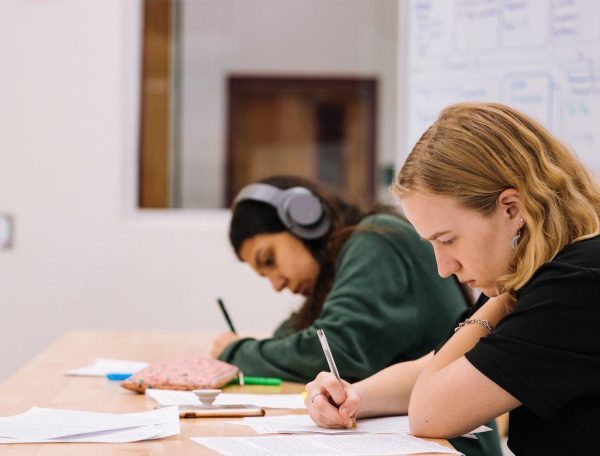 Help students combat uncertainty by encouraging them to practice meditation and mindfulness.