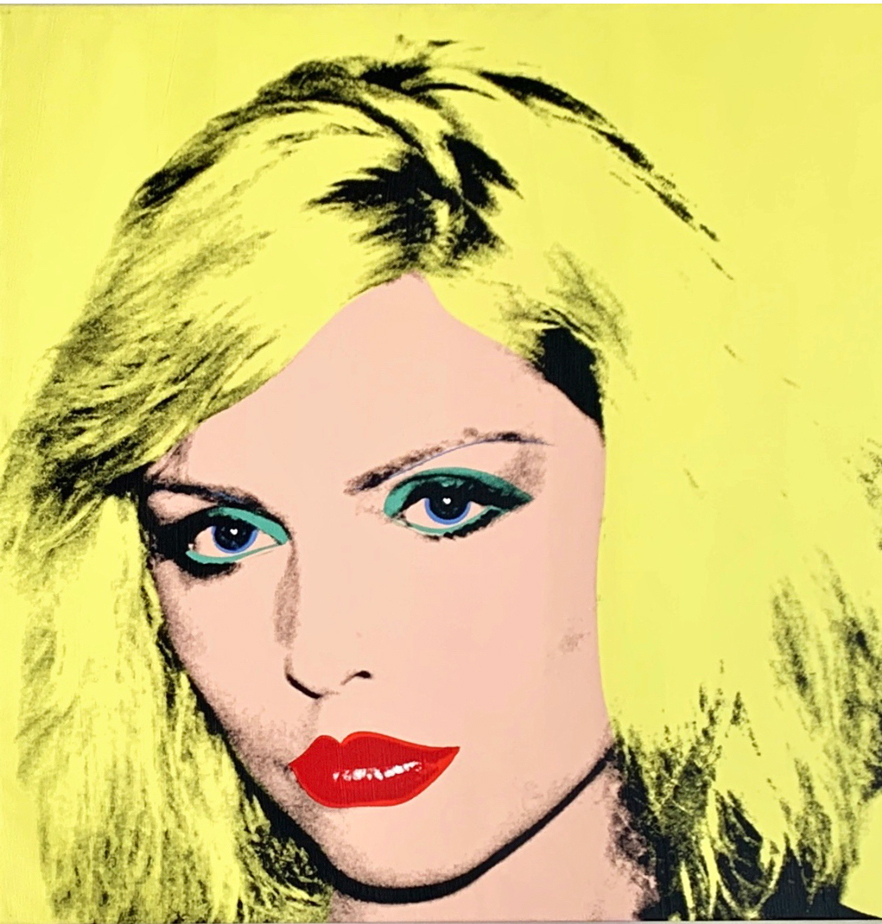 Say the name 'Andy Warhol' and what first springs to mind? Perhaps Campbell's tomato soup cans? Silkscreen prints of Marilyn Monroe's face? Polaroid photos of Blondie frontwoman, Debbie Harry? Whatever it might be, the primary characteristic of Warhol and his art is a sense of timelessness.

Born in Pittsburgh, USA, to first-generation immigrants from the former Czechoslovak Republic, Andrew Warhola was the youngest of three brothers. As a child, Warhol experienced health complications including Sydenham's chorea (also known as St. Vitus' Dance), a nervous system disease known to cause involuntary movements of the extremities.

To remedy the ailments, he was often confined to bed where he would draw and collect pictures of movie stars. This escapism formed an essential basis for Warhol's artistic development, as he trained his creative eye and started on a new path through visual exploration.

After graduating from art school with a degree in pictorial design, Warhol moved to New York to pursue a career as a commercial artist. Making his way in the big city, Warhol started drawing shoes for Glamour magazine using a whimsical style which hadn't been seen in advertising before. As photographer John Coplans said: 'Nobody drew shoes the way Andy did. He somehow gave each shoe a temperament of its own, a sort of sly, Toulouse-Lautrec kind of sophistication.'

Following the commercial success, and in the climate of post-war consumer culture, Warhol saw an opportunity to create art that blurred the borders between art and advertising. 'Warhol, while not trained in experimental methods, nonetheless offers unique insights into consumer behaviour through his success as an artist who focused on the mass-produced world of brand names, fame and consumption,' says Jonathan E Schroeder, author of Andy Warhol: Consumer Researcher.

By putting the spotlight on products and brands people encountered daily, Warhol paved the way for pop art in the US – a movement informed by the power of representational objects to highlight the mundane reality of American culture at the time.

Warhol's early works, including a hand-painted sketch of a Coca-Cola bottle in black and white, marked a pivotal juncture in his career. Aware of pop art's commercial potential Warhol said, 'Being good in business is the most fascinating kind of art. Making money is art and working is art, and good business is the best art.'

Learning from this, his debut solo exhibition in 1962 was held at the Ferus Gallery in Los Angeles, where he presented a series of 32 paintings of Campbell's soup cans, each one labelled with a different flavour. The response to the show was divided, with audiences questioning Warhol's motives as a 'fine artist' and seeing offence in his blatant lack of abstraction and idealist visions.

But despite these unfavourable reviews, the pop art movement quickly gathered pace and helped transform Warhol from an accomplished 1950s commercial illustrator into a notable name in the art world. Learning from this, Warhol fully embraced his non-painterly style and set about creating what are now considered his most iconic works, including photographic silkscreens depicting a vibrantly coloured series of Marilyn Monroe's face, made using a production still from the 1953 film Niagara. By repeatedly showing the actress' portrait with subtle differences in each frame, Warhol suggested how celebrities were regarded as consumer goods with the same recognisability and brand equity as a bottle of Coca-Cola.

As recognisable as his famous subject matters, Warhol's sense of style 'came to represent a distinct aspect of his personal brand,' says arts writer Aobh O'Brien Murphy for The Rake. Throughout his career, Warhol displayed an 'understanding of identity as a construction performed in public,' and used clothing as a transformative tool that often reflected his artistic endeavours.

Fiontàn Moran, co-curator of the upcoming Andy Warhol exhibition at Tate Modern says: 'While working as a commercial illustrator he was known as 'raggedy Andy' due to his penchant for ill-fitted suits that complemented the craft-like aesthetic of his designs.'

In the 1960s, however, Warhol's career as an artist saw him move from formal suits to the iconic combination of leather jacket, boots and sunglasses. When he started to collaborate with younger artists in the 1980s and attend nightclubs, Warhol adopted a predominantly black wardrobe—a contrast to his garish, chameleonic screenprints and the power-dressing trend of the time.

Counter to his inconspicuous, achromatic dress sense, it's Warhol's pop art creations that can still be seen in shop windows, emblazoned on buses and printed on clothes today. From Calvin Klein shift dresses with striking motifs to John Galliano's S/S '05 references or pretty much anything Jeremy Scott designs for Moschino, Andy's influence is everywhere.

More than 30 years since his death, 'it's not unusual to see entire fashion editorials dedicated to Warhol, showing graphic prints, bold primary colours and consumerist logos,' says O'Brien Murphy. The Warholian aesthetic is entwined with our understanding of style, and today, it feels more relevant than ever—especially as we consider the ever-evolving notion of 'influence.' Warhol famously once said: 'In the future, everybody will be world-famous for 15 minutes.' And considering the impact of celebrity culture and digital media, this is even more relevant in the 2020s.

If Warhol was alive today, how many Instagram followers would he have? Would he change his hair colour with the days of the week? Would the paparazzi follow him to the supermarket and snap pictures of him carrying a basket-load of Campbell's soup cans?

Director of Tate Modern, Frances Morris, says: 'It feels important to take a more human and more personal look at somebody who was a very familiar artist,' to reveal indeed why Warhol is still important.

Quintessentially Art Patrons are invited to a pre-opening hours tour of Andy Warhol at Tate Modern, at 9am on Friday 24 April. You’ll get to see his most iconic works plus rarely-seen experimental pieces from the 1970s. If you’d like to attend, please email tali.zeloof@quintessentially.com