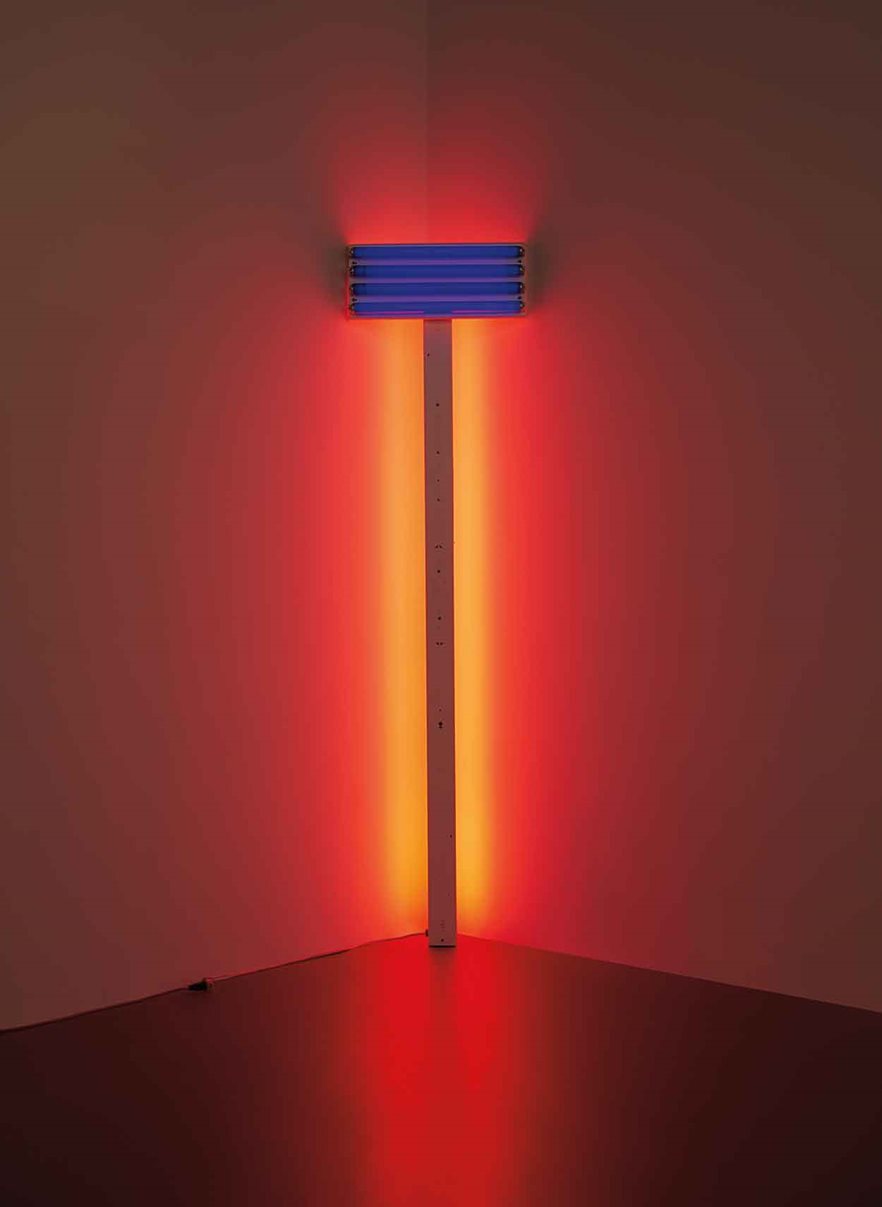 Exhibiting two works never before seen in the UK, the late Dan Flavin’s current show at Bastian Gallery Dan Flavin: For Prudence is not to be missed. Having established a relationship with the gallery’s founders late in his life, Gallery Director Aeneas Bastian details the unique impact his art has made, and what exists behind the lights.

Keven Amfo: Dan Flavin and Bastian had a relationship before his passing in 1996. What is the history of that relationship?

Aeneas Bastian: In the early 1980s, the gallery founders Céline and Heiner Bastian worked as advisors to a group of German collectors who were explicitly seeking minimal American art. In New York, they met Heiner Friedrich, then director of the Dia Art Foundation, who introduced them to Dan Flavin. About ten years later plans to establish a new museum of contemporary art in Berlin, the Hamburger Bahnhof, emerged. Céline and Heiner Bastian approached and were able to convince Dan Flavin to create a site-specific light installation for the museum, which was completed shortly before the artist’s death and can still be seen there today.

Flavin’s work was quite innovative and ahead of his time. How did he pave the way for artists such as James Turrell?

Flavin really introduced the concept of light sculpture. He was the first artist to use industrial neon light and redefine its status as art. His work helped create a form of acceptance for a new medium that consisted of nothing more than light. Although Turrell’s work takes a different direction, it relies on and benefits from the foundations created by Flavin.

Flavin’s work can be deceptively simple… What makes it complex?

The work remains simple. However, there is a complexity related to the appearance and auratic vibrancy of Flavin’s light works. It is difficult to explain, but there is a unique and singular experience the visitor can have when perceiving a Flavin exhibition.

How are Flavin’s early life and exploration into priesthood reflected in his artwork?

Flavin’s work reflects a search for the absolute, which he seemed to look for in a supreme being or god. His works do have a sacral dimension which may explain that he thought about becoming a priest before working as a visual artist.

Bastian shows the work of many celebrated 20th-century artists. Where does Flavin sit amongst this esteemed group? Why is his work important?

Flavin can be regarded as one of the groundbreaking American artists of the 20th century. He introduced new media in a way that was just as radical as Joseph Beuys’ introduction of felt and fat, or Warhol’s use of screenprint on canvas and paper.

Quintessentially’s Art Patrons will experience a private tour of the show, led and explained by Aeneas Bastian on 11th December. To learn more about the Art Patron membership, contact us here.