A History Of Frieze In Seven Works Of Art 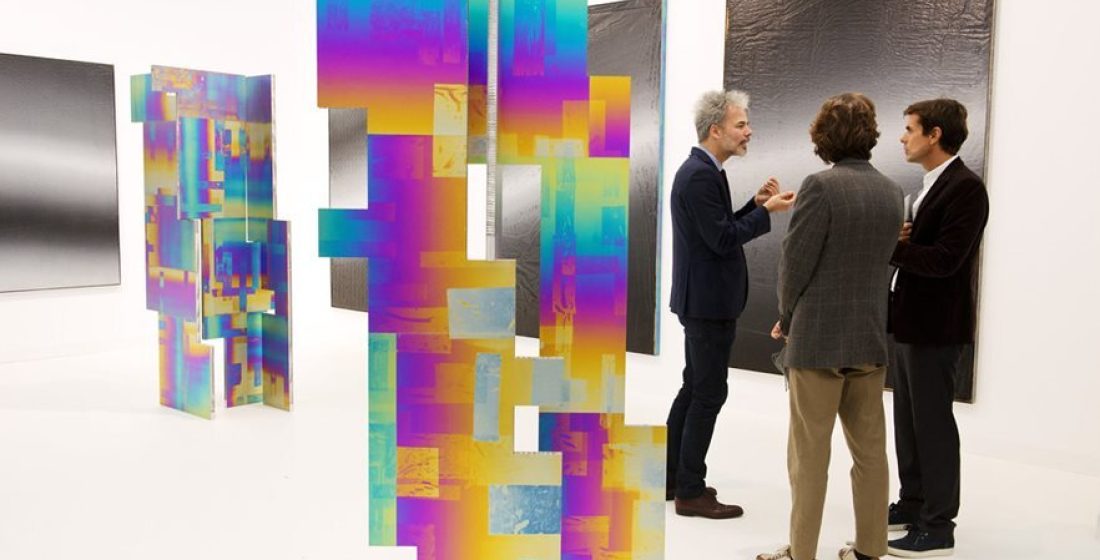 Frieze is an art institution. One of the world’s leading art fairs, it’s expanded from its original London home to pitch its tent in Los Angeles and New York. But, wherever it goes, the goal remains the same—to expose the world’s best contemporary galleries to as broad an audience as possible. Alongside Frieze, there’s also Frieze Masters, which, as the name suggests, displays works from the past —and takes in everything from classical sculpture to late-20th-century pop art. Nathan Clements-Gillespie, artistic director of Frieze Masters, takes great pride in what Frieze has achieved since the first London fair in 2003. “It’s amazing how much the individual works have to say about the fair itself,” he says. Which is why, with Frieze fast approaching, Quintessentially thought it was time to tell the story of Frieze through the objects that have defined it: namely, its artworks. Our guide, naturally enough, is Clements-Gillespie.

“This was the first time Frieze magazine set up its ground-breaking tent in Regent’s Park and brought a selection of galleries together under one roof. Klaus built a crystal fountain with 800 litres of LSD diluted to homeopathic standards, which made a huge impact. The work demonstrates the amazing power of art – LSD is a controlled substance and poisonous. But if you dilute it, it can prove to be not only OK but beneficial.”

Joan Miro: The Sorrowful March Guided By The Flamboyant Bird Of The Desert (1968)

“Sold by Helly Nahmad for £20 million in the first edition of Frieze Masters, it’s so rare and special to see a piece like this in public. To be able to come to a fair, see the work in its massive scale and then actually acquire it is incredible. If you look at the price which it sold for in 2012, I can only imagine what it would cost today.”

“The Hauser & Wirth and Moretti Fine Art galleries were some of the first to juxtapose 20th-century art with old masters’ pictures. In this case it was Louise Bourgeois’s works alongside 14th-century Italian panels from Tuscany. It’s a collaboration that has continued, and 2019 will be the fifth year the two work together. The partnership encapsulates Frieze Masters: juxtaposing extraordinary works from across art history.”

“This was the first work from the artist’s most influential and celebrated series, originally owned by Nelson Rockefeller, and a highlight of [London gallery] Dickinson’s surrealism-themed stand. All the L’Empire Des Lumières paintings show a streetscape with one or more houses paired with a streetlight nearby. These contrast with a California-like daytime sky, giving the pictures a dark, sinister feel.”

“New York’s Ariadne Galleries showed this beautiful Apis bronze bull with electrum eyes and inscribed hieroglyphs. When you find an antiquity that’s survived in basically its original state, it’s amazing – the odds of it happening are so low. It’s in such good condition that the hieroglyphs are still legible and haven’t been rubbed off by the passage of time.”

“To mark 100 years of suffrage in the UK, Frieze Masters magazine was dedicated to work by women artists. Italian gallery, G Sarti, presented this stunning portrait of the Egyptian queen by Artemisia Gentileschi, the most well-known female old master. The daughter of Tuscan painter Orazio Gentileschi, Artemisia was raped by painter Agostino Tassi who was working with her father. After a trial, Tassi was found guilty and exiled from Rome. Afterwards, Gentileschi wrote about her experience and became an admired artist. It was humbling the gallery brought it to London for us to admire.”