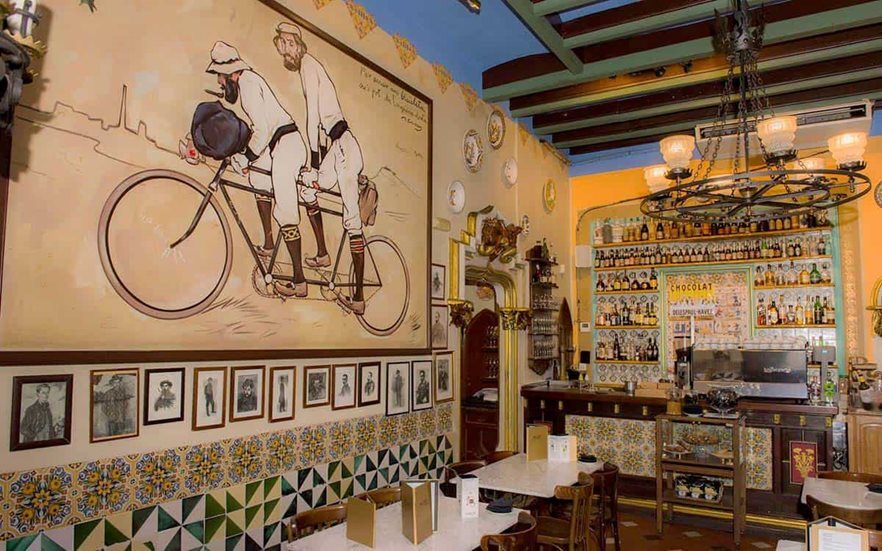 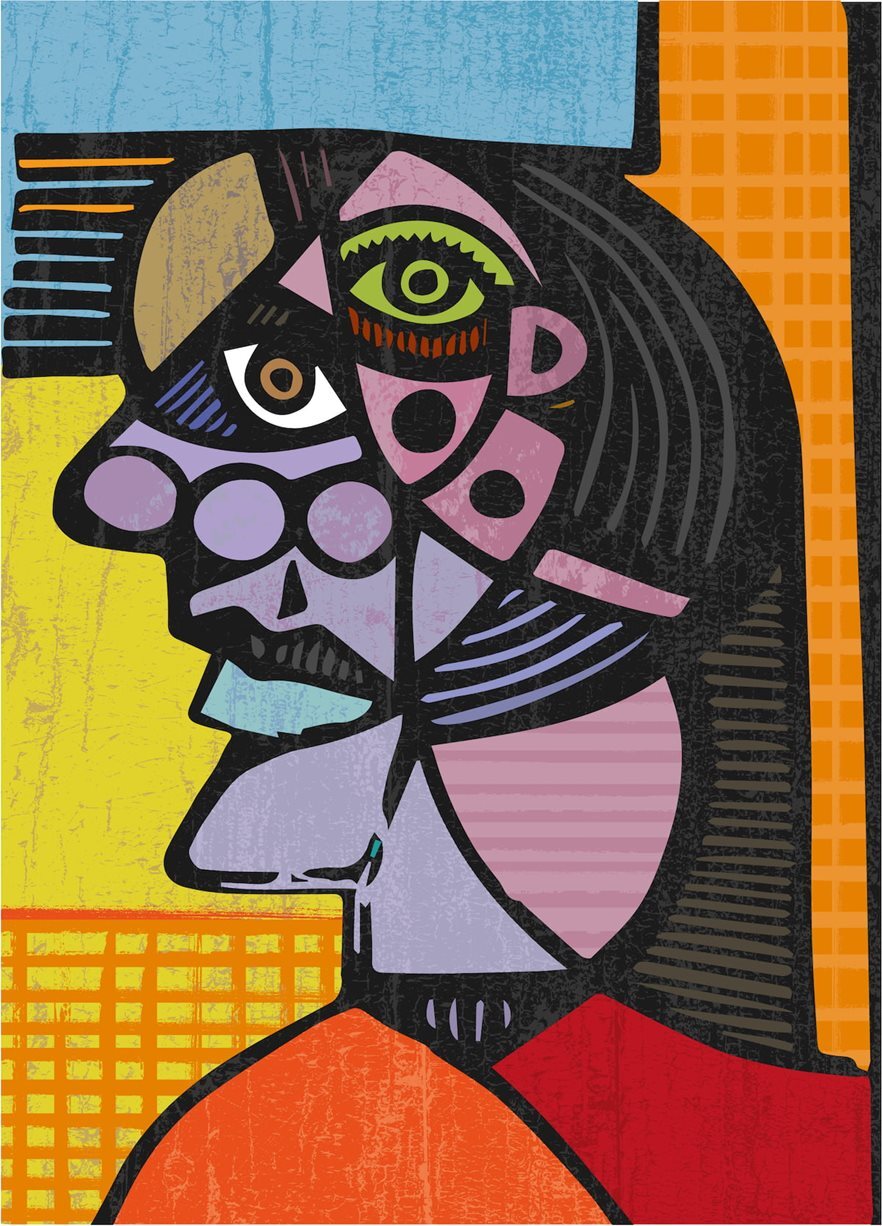 Pablo Picasso had a good nose for a decent bar. And he soon worked out that he could pay his way in paintings. Here are four establishments you can still visit.

From 1899, when he was just 17, Picasso was a frequent visitor to the cabaret at the Quatre Gats bar, on Carrer de Montsió in Barcelona and it is at this time that he would develop his ‘Modernist Period’, which immediately came before the Blue Period.

The manager of the Quatre Gats, Pere Romeu, took advantage of his customer’s obvious skills, inviting him to design both the menu and the poster for the dish of the day.

It’s fair to say that this was an early example of marketing hype: the writer Josep Pla said of the food there: “The portions were a triumph of hope over substance… the servings were tiny, bordering on the ethereal.” Thankfully, while you can still enjoy the famous designs, the menu has significantly improved in the intervening years.

During the early 20th century, Picasso relocated to Paris, where he would often hang out at the cabaret bar, Au Lapin Agile in the creative quartier of Montmartre.

Renowned for its bohemian clientele – including Mondrian, the playwright Apollinaire and even Charlie Chaplin – the bar was the scene of a famous art hoax, when in 1910, a patron of the bar named Roland Dorgelès – who also happened to be a writer and outspoken critic of new art forms - set a canvas outside the front door of the Lapin Agile. He tied a paintbrush to his donkey Lolo's tail, and then dangled various vegetables in front of the donkey's nose, causing the animal to swish his tail with excitement. The resulting painting was titled Sunset Over the Adriatic and was attributed to a fictitious Genoese painter called Joachim Raphaël Boronali. The resulting abstract canvas event went on to be exhibited at the famous Salon des Indépendants show, earning rave reviews (one writer even suggested it marked a new ‘Excessivism’ movement), eventually selling for 400 francs.

Sadly, Dorgelès’ powers of imagination weren’t shared by the bar staff. Five years earlier, Picasso had settled a bill by offering the owner one of his paintings At The Lapin Agile, in which Picasso was depicted as a harlequin, sat at the bar. In 1912, the owner was forced to sell it for $20.

Much later however, in 1989, it went on to sell at Sotheby’s for a cool $41 million. For modern visitors, a replica now takes its place on the wall.

During WWII, many artists and writers settled in the ‘zone libre’ of the south of France, free from Nazi occupation, with the beautiful medieval hilltop town of Saint-Paul de Vence being an inspiring focal point. Most notably, artists would meet at La Colombe d’Or, the restaurant and inn established by Paul Roux in 1931 and come the end of the war, many remained in the area. Henri Matisse, who lived in nearby Nice, and Marc Chagall, who is buried in the town’s cemetery, were regulars – as was Picasso and his friend George Braque with whom he had developed the Cubism movement. Roux, a collector of art, soon realised that there was an opportunity to be found in his patrons.

“He did not hesitate to provide accommodation for certain painters in exchange for their work,” says art publisher Martine Assouline. Indeed, he hung a sign over the door which read, “Ici on loge à pied, à cheval, ou en peinture”, translated as “Rooms available for those on horseback, on foot or who come with a painting”.

However, his impressive collection lacked a Picasso, until 1953, when Roux was on his deathbed and his wife decided to visit Picasso. She reminded him that he had promised to give Roux a painting one day, and Picasso promptly did, donating his painting Vase de Fleurs (Flower Vase).

Today, La Colombe d’Or remains something of a social haunt for the artistic set; it’s not unusual to spot the odd Hollywood A-lister taking refuge in the garden restaurant, enjoying the world-famous paintings hanging in the bar or lounging by the pool under an Alexander Calder sculpture.

This picture-postcard Sussex pub has admirably resisted the trend towards gentrification and tourist exploitation. When we visited, the bar staff looked genuinely baffled when someone ordered a coffee, before holding up a jar of instant, putting on the kettle and saying, “What do you reckon, a quid?”.

This is probably why Picasso found it so refreshing. He was a regular here as well as to Farley’s farmhouse nearby, which was home to the surrealist painter Roland Penrose and his wife and Vogue model, Lee Miller. On one of his frequent trips to The Six Bells village pub, Picasso tried his old trick of offering to pay for his meal with a painting. This time it didn’t work though, and he was brusquely told he could use cash like everyone else.

For further information on these local establishments please contact your lifestyle manager.