For whisky aficionados, visiting a Scottish distillery is a must. The Scots have been making scotch since at least the 15th century, and to say they take its production seriously is an understatement; the word ‘whisky’ comes from the Gaelic uisge beatha, or ‘water of life’. There are over 100 distilleries throughout the country, but just a select few offer truly unique tours that cater to those with the most refined tastes. Forget simply sampling scotch; these experiences involve exclusive meetings with master blenders, tastings of some of the world’s rarest bottles, and Michelin-starred meals within tartan-touched restaurants.

A turreted castle filled with whisky vaults, tasting rooms and bottles upon bottles of the finest scotch – is this the ultimate whisky experience? That’s owner (and founder of Whisky Magazine) Damian Riley-Smith’s ambition, anyway. The Speyside castle is only available on an exclusive-hire basis and comes with 14 lavishly decorated bedrooms, a Whisky Magazine-approved bottle selection from private collections (including a 54-year-old Gren Glant), in-castle tastings and dinners, and access to closed distilleries and whisky masterclasses.

Ask for: a stroll through the gardens, which are peppered with wooden barrels containing a bottle of the house blend and four glasses. Stepping through Brora’s wildcat-embossed gate is like stepping back in time. Founded in 1819 and closed in 1983, Brora reopened last year following painstaking renovations – and it still uses the same Victorian distilling methods. Learn all about it on an intimate, by-appointment-only tour, which begins in the present with a three-course, paired lunch that showcases the best of contemporary Scottish cuisine. You’ll then take a jaunt through the distillery’s history, including a tasting of the rare £30,000 Triptych collection that contains expressions from 1972, 1977 and 1982.

Ask for: a bottling of the 39-year-old 1982 expression – available exclusively to guests of the distillery. One of Speyside’s oldest distilleries, The Macallan has been producing world-leading whisky since 1824 (it even scooped the title of the world’s most expensive whisky ever sold at auction in 2019 – $1.9 million at Sotheby’s). Its state-of-the-art, partially subterranean distillery has also won awards – this time for its futuristic design – yet an experience here starts in the surrounding landscape, with a day of fishing and drams with The Macallan’s ghillie, Robert Mitchell. You’ll then head into the distillery for a tour, tasting and sunset supper complete with paired wines and whiskies.

Ask for: a private tour of the distillery when closed to the public – available exclusively for Quintessentially members as a part of the bespoke experience above. Secluded on the banks of the River Turret, The Glenturret has been turning water into whisky since 1753. Explore its heritage – and blend your own bottle – on a distillery tour, before setting your sights on its Michelin-starred restaurant. Despite the cascading Lalique chandeliers, the 26-seat dining room feels pretty laidback, with fun dishes that make the most of Scottish produce; we loved the langoustine ‘taco’ topped with caviar and a refreshing lemongrass sauce. At the bar, you'll find 230 rare single malt expressions from each of Scotland’s whisky-producing regions.

Ask for: a whisky tasting in the ghillie’s hut – a remote, barrel-filled cottage overlooking Loch Turret. In honour of its latest limited edition single malt whisky, ‘A Tale of the Forest’, Glenmorangie has launched a new immersive experience at its boutique Highland hotel, Glenmorangie House. The nine-bedroom house was revamped in 2021 by designer Russell Sage to subtly reflect different elements of the whisky-making process; the golden-hued morning room, for example, is inspired by fields of barley. Available on select weekends in 2023, the ‘Tale of the Forest’ experience includes a tour and tasting of the nearby Glenmorangie distillery, a cocktail-making masterclass, and a five-course dinner created by Head Chef John Wilson.

Ask for: a guided walk through the surrounding Scottish woodland, chased with a wee dram of Glenmorangie. For VIP access to any of the above, contact your lifestyle manager – or, if you’re not yet a member, find out more about the doors a Quintessentially membership could open for you here. 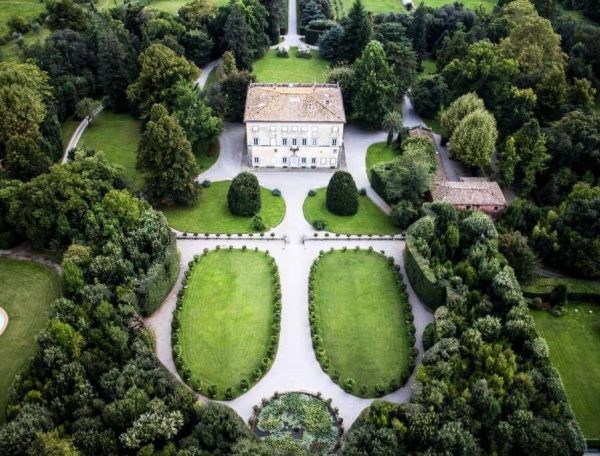 QX's Weddings Specialist selects the dreamiest places for a wedding that wows.