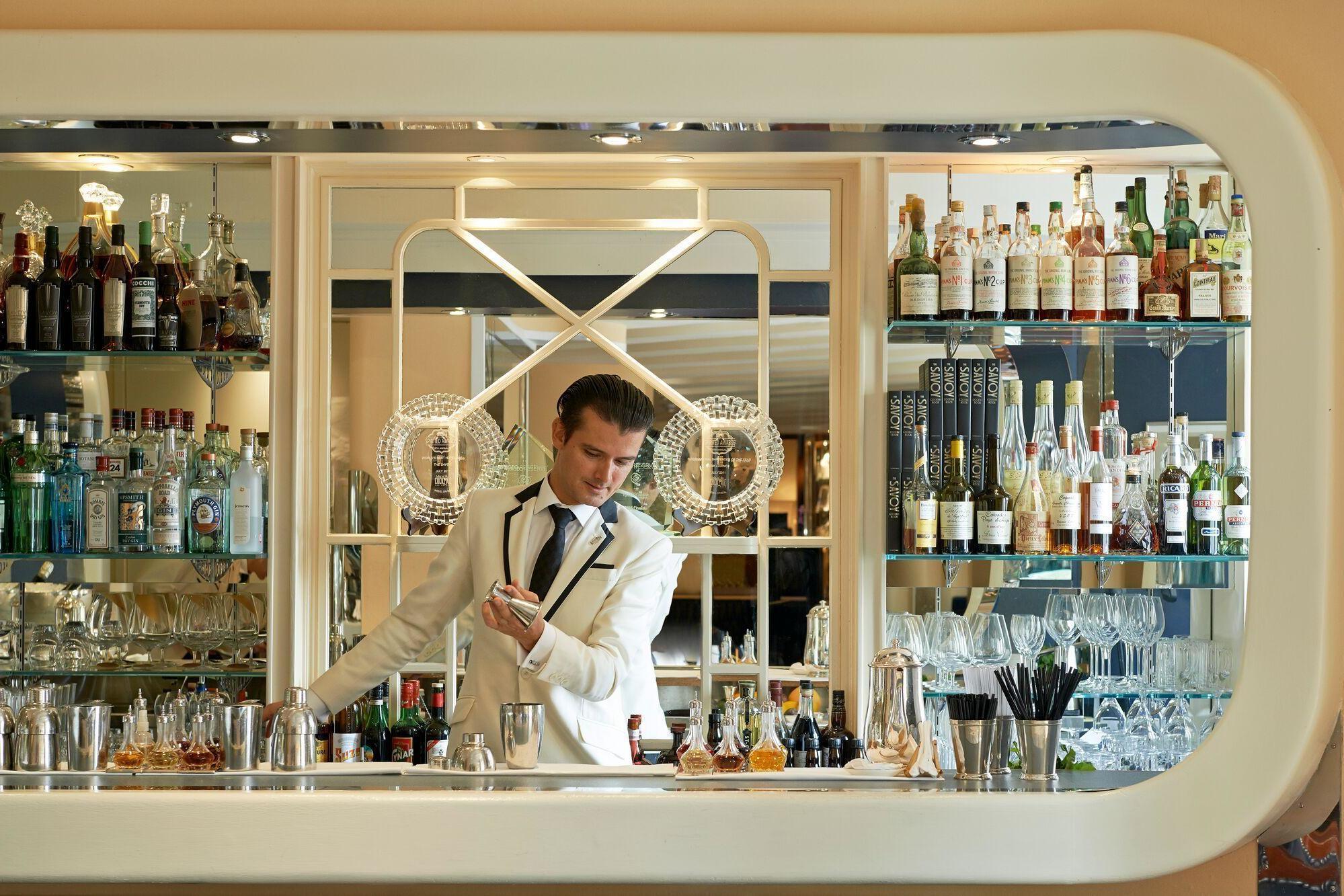 Looking for somewhere to drink in Mayfair? Try one of these five spots.

A speakeasy with an extra bit of fun, Mr Fogg's is the imagined home of Victorian adventurer Phileas Fogg and is filled with the supposed keepsakes and trinkets from his extensive travels. As speakeasies should be, Mr Fogg's is carefully hidden in an alley off Berkeley Square and, upon entering, visitors are fully immersed in the theatricality with the staff dressed in military uniforms and the walls adorned with annotated maps. Wading through the drinks menu is an adventure in itself, speckled with quips about each cocktail on offer. For the child in all of us who yearns for make-believe, an evening spent at Mr Fogg's is a guaranteed night of wonderment and intrigue!

Sketch is London at its best. Right off Regents Street, guests are greeted by a doorman who 'welcomes you to Sketch', and, following this, have a choice of four spaces with varying purposes. Well, six if you count the bathroom and its egg-shaped cubicles, which is a destination in itself. With an equal devotion to art, music, food and drink, the plush Lecture Room is a Michelin-starred restaurant with Chef Pierre Gagnaire at the helm whilst The Gallery is an eatery that features works by British artist David Shrigley. The Parlour, with its cosy living room feel, is at its best post-6pm for a glass of wine whilst the fairy-tale inspired Glade room is ideal for Afternoon Tea and, finally, there's the the East Bar, the incredibly chic room that feels like a secret and a great spot for late-night cocktails.

As an ode to the fictional man behind The Beaumont Hotel, James "Jimmy" Beaumont, The American Bar has a charismatic old-world charm that is reminiscent of the American-style joints that the gentlemen of London and Paris would frequent. The wood-panelled room features portraits of twentieth-century American greats that look down on the red leather booths, all dimly-lit and sultry of course. The drinks menu has the classics like French 75s and Kir Royals for the purpose of, as Ernest Hemmingway would suggest, 'making other people more interesting.'

Housed above Mayfair's oldest pub, The Running Horse, The Whip is a continuation of the Equastrian theme that pervades below. Decked out in vintage furniture that once graced the Parisian Ritz and with a racing green colour scheme, the ambience is a real nod to the Kentucky Derby. The Whip's cocktail options centre around the Julep, the drink of the derby, and are served in pewter tins with a strainer. Also offering an array of other delicious concoctions, The Whip is cool drinking hideaway for London's cocktail lovers.