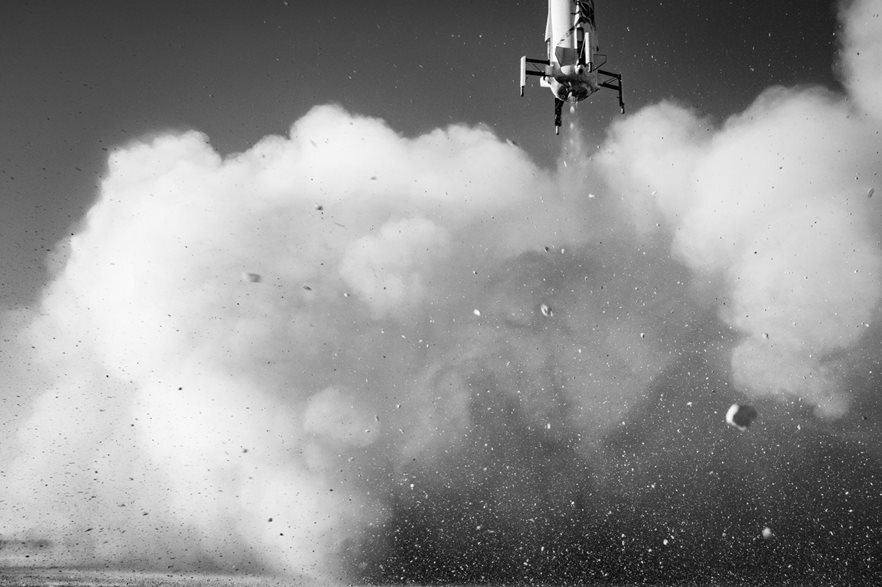 The edge of space

With decades of airline experience, a functioning spaceport, 600 paying customers, and the third spaceship under construction, Richard Branson's Virgin Galactic is arguably the safest bet for getting to space soon. Launching from the company's beautiful, purpose-built Spaceport America hub in the New Mexican desert, Virgin Galactic astronauts will join four fellow passengers and two pilots aboard a VSS spaceship. Carried aloft by a massive, twin-fuselage mothership, the spaceship will rise to 40,000 feet. Once above that altitude, the spaceship drops away and fires its (surprisingly eco-friendly) rocket engine, propelling passengers to three times the speed of sound. Just over a minute later, the engine cuts out, and passengers are left in silence, free to float to the oversized airplane windows and gaze out over the blue planet below.

The view is incredible, but brief—the trip lasts about ten minutes. There is also the question of when you and rumoured celebrity passengers like Angelina Jolie, Brad Pitt, and Tom Hanks will actually be able to fly. Virgin Galactic consistently says that flights will start 'next year'—and 2019 is no exception. Having acknowledged the delays and accidents that have continually pushed back the launch date, Richard Branson spoke to investors this summer. "50 years after the first Moon landing, space is still hard. We know that millions of people are deeply inspired by human spaceflight, would love to become more involved and, ultimately experience space for themselves.”

Jeff Bezos' Blue Origin is also working to send passengers on 11-minute suborbital flights using a more traditional rocket and capsule configuration, but if you're seeking a more extended stay in space, you'll need to head somewhere a little further out. Since 1998, Virginia-based Space Adventures has successfully arranged for seven private customers to visit the International Space Station for seven to 12 day stays, following cosmonaut training in Russia. It's not cheap, at about $50million, but it's the real deal—orbiting the Earth with five actual astronauts every 90 minutes from an altitude of 220 miles.

Looking ahead, NASA recently announced that both SpaceX and Boeing would be permitted to fly private astronauts to the ISS twice a year starting in 2020. Using 5-7 passenger rockets, this could drive down the cost of a month-long stay to about a million dollars—opening up near space to tourists, researchers, commercial astronauts, and filmmakers.

To the Moon, and beyond

Venturing further out into space, Elon Musk has his sights set on the Moon—and eventually Mars. To get there, his company SpaceX recently unveiled the prototype for a super-heavy launch system called Starship. Blasting off on a 387-foot-tall rocket, the sleek craft could be ferrying passengers to the Moon in the coming years, setting the stage for unmanned and eventually crewed missions to the red planet. Working with Musk, Japanese billionaire Yusaku Maezawa is already planning a 2023 flight around the lunar far side with a selected group of artists. He recently retired from the company that made him rich to invest in SpaceX and focus entirely on preparing for the mission. "He's paying a lot of money that would help with the ship and its booster," Musk said. "He's ultimately paying for the average citizen to be able to travel to other planets."

To purchase a ticket for an upcoming journey to space, contact your luxury lifestyle manager or get in touch with our Membership team.