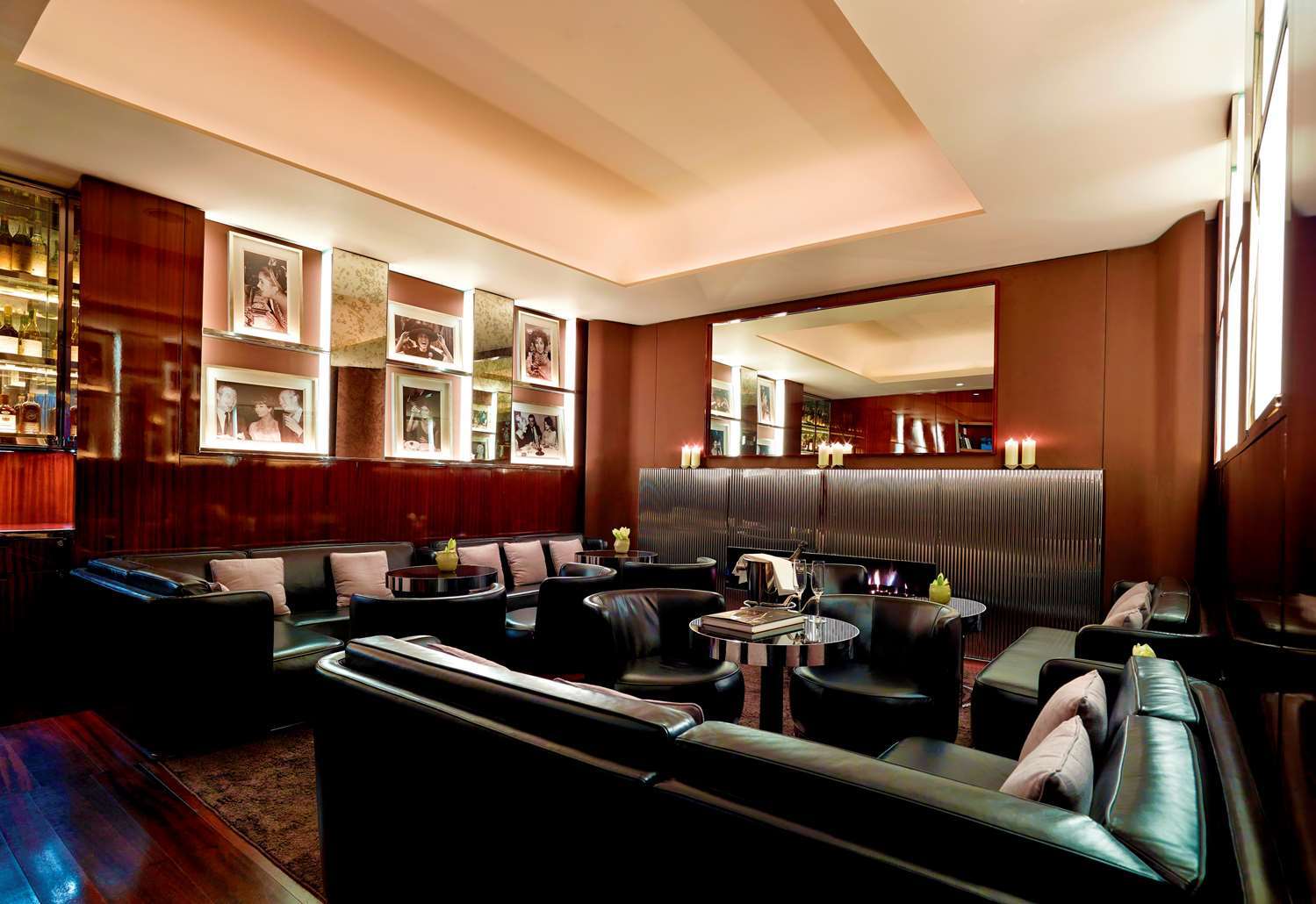 Chosen for your drinking pleasure by Su-Lin Ong

Chosen for your drinking pleasure by Su-Lin Ong @sloLondon. By day, Su-Lin is an alcohol consultant and drinks & taste judge; by night, a go-anywhere bar fly who's always up for a moody bar and daring drinks.


The Vault
Under Milroy's, 3 Greek St, London W1D 4BD
http://www.thevaultsoho.co.uk/... certainly a challenge to breeze through a shop full of whisky without getting side tracked. If you manage to do that at Milroy's – London's oldest whisky shop – and head straight to the back, then you can make your descent into The Vault cellar bar. Raw brick and candlelight set the midnight mood here, where guests can settle comfortably into the darkest corner to their left. Whisky cocktails here are a must, but there are plenty of other original drinks to try here that have been skilfully mixed with house-made infusions.

Experience: A neat dram in Milroy's own micro-bar, then get your cocktail fix down in The Vault.


BFI, Behind the Bookcase
BFI, Belvedere Road, London SE1 8XT
https://whatson.bfi.org.uk
... you just need a bit of hush when you want to absorb that post-film feeling at the BFI. Most people only stumble upon this bar – the Drawing Room, often known as 'behind the bookcase' – when they see regulars disappear round the heavy wall at the back of the main bar. Sip from a short list of very satisfying cocktails. In such a busy hub of entertainment, there's no reason for this bar to be here; it just is.


Evans & Peel Detective Agency
310c Earls Court Rd, London SW5 9BA
http://www.evansandpeel.com/ by regulars as the detective agency bar, this is where you'll get a proper lock-in. Descend from the street into a tiny antiquated office chamber and – after the resident detective assesses your case – you will be ushered behind a wall of books into two large rooms of drinking detention. Battered metro tiles on the wall are a give-away that this was once part of the neighbouring tube station, or else some kind of interrogation cell. Choose from a carbon typewritten list of highly original cocktails, simply laid out for a fast read in the dim light.

Experience: It's a mood-setter the moment you enter, but not as tricksy as it first appears.

Shangri-La Hotel, The Skypool
Level 52, Shangri-La Hotel, At The Shard, 31 St Thomas Street, London SE1 9QU
<>www.shangri-la.com/london
<... up at the very top of the Shard, the infinity Skypool transforms after 8.45pm into an unexpected romantic spot for drinking. Entry is via GŌNG, the hotel bar which deserves its own write-up another time. You will be led into the Skypool as the wall glides silently open. If you think you have just seen a spectacular view of the City, here you'll see another; this time stretching west to the London Eye and Westminster. There's no swimming going on, and the only splash may be ice in a glass, but this is the ultimate pampering in the clouds. The only dilemma is … cocktail attire or chic resort wear?

Experience: What doesn't taste heavenly when you seem to be floating up to the stars?


The Cigar Shop and Sampling Lounge at the Bulgari Hotel, run by award-winning master cigar sommeliers, is no conventional bar. Discreetly tucked away up a camouflaged staircase just past the hotel bar, this is the place for a relaxed moment with something deserving to drink and a rare cigar. The leather-panelled room has a high tech air purification system, offering a mood of high security or state of inner peace – whichever you prefer to take comfort in. Let your choice of smoke inspire your night's pure drinking: perhaps a mellow sipping rum or the purest freeze-filtered vodka.