The best restaurants in New York and The Hamptons

Not since the Romans has there been a population as passionate about relaxing tableside as New Yorkers in the summer. The city is hot. The city is loud. There’s that summer smell. And so, savvy peckish citizens seek refuge where the breeze (or air-conditioning) keeps them cool and a chef feeds them well. These six restaurants are mini-oases to keep you safe from the heat-stroke and the rat race this summer. 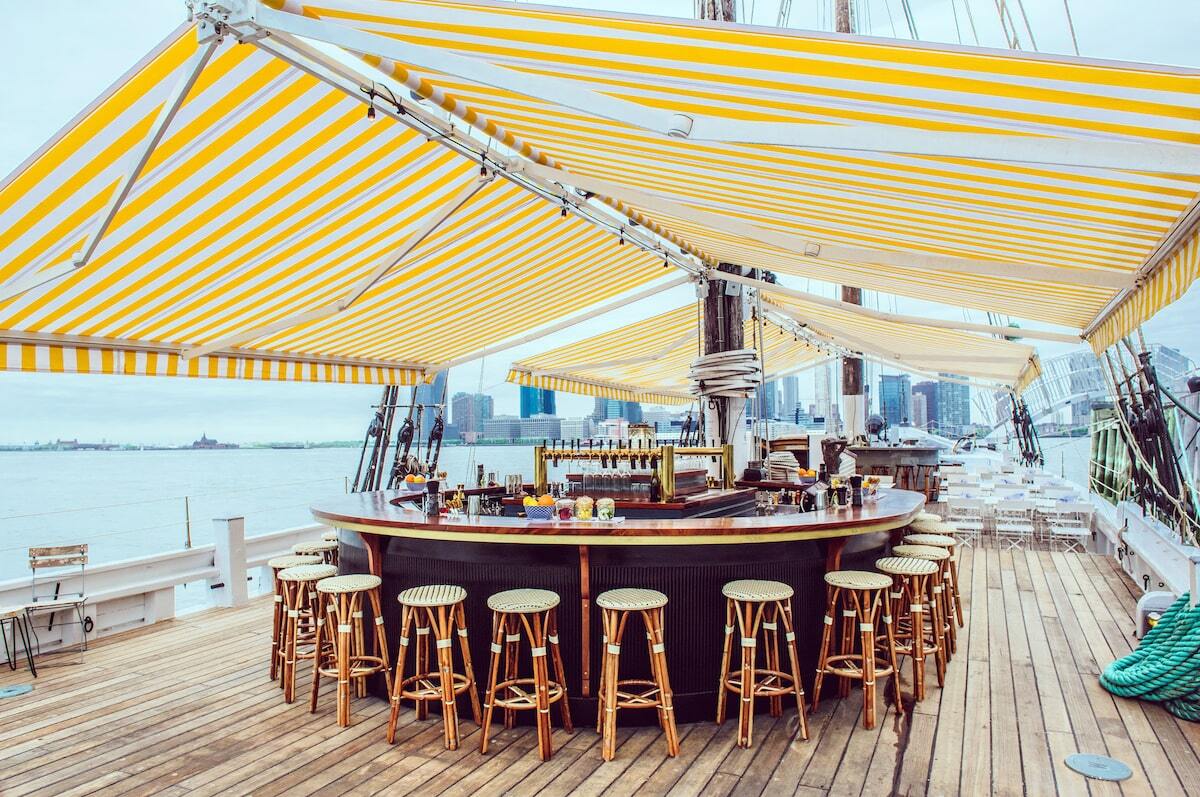 Assume, for the sake of argument, that you don’t have a sailboat moored in the East River. Don’t worry. Grand Banks, a restaurant housed in a handmade wooden ship on the southern tip of Manhattan, is like a floating Camelot. As the sun glimmers on the water’s surface, enjoy a bottle of Sabine Rosé, a dozen Wellfleet oysters and a hash brown loaded with Steelhead trout roe from Chef Kerry Heffernan. 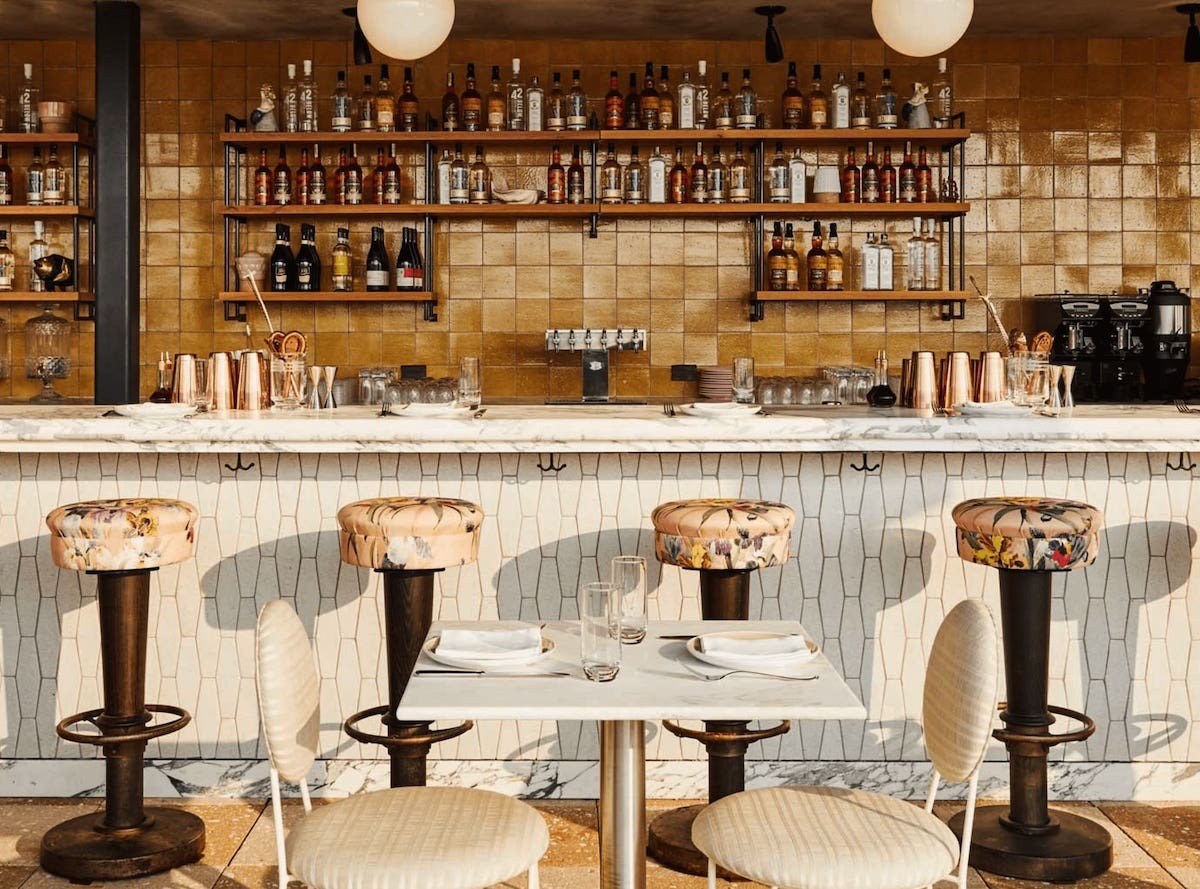 Summerly at The Hoxton Williamsburg

A tried and tested trick to escape the city (without really escaping the city) is to head skyward. That’s the ticket at Summerly, the new rooftop bar with sweeping views of Manhattan, atop The Hoxton Hotel, Williamsburg. The upholstery is floral; the walls are millennial pink; the cocktail list is full of spritzes, mojitos and coladas, and the menu is devised by the much-loved Brooklyn chef Warren Baird. 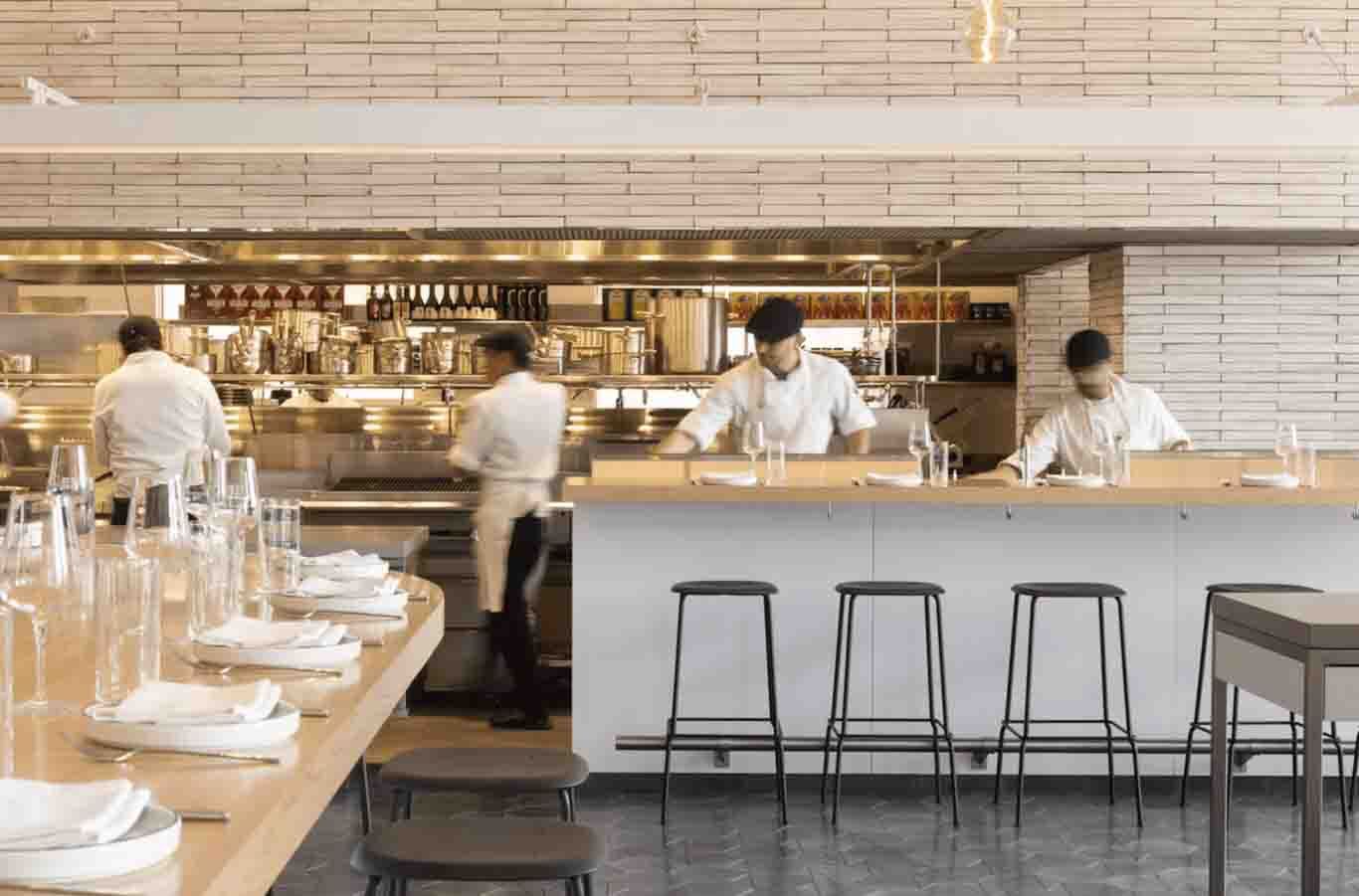 When night falls in New York, good luck trying to score a table at Missy Robbins’ minimalist masterpiece Misi - unless you’re a Quintessentially member. The follow-up to Robbins’ first Williamsburg gem, Lillia, Misi takes the 10 handmade pasta varieties on the menu to ever higher (and hotter) heights. The waiting times for dinner are epic. However, the spot just opened for brunch, during which you can avail yourself of Robbins’ fettuccine with buffalo butter, Parmigiano and black pepper and ricotta-filled occhi, a rare form of pasta which here is served with bottarga. 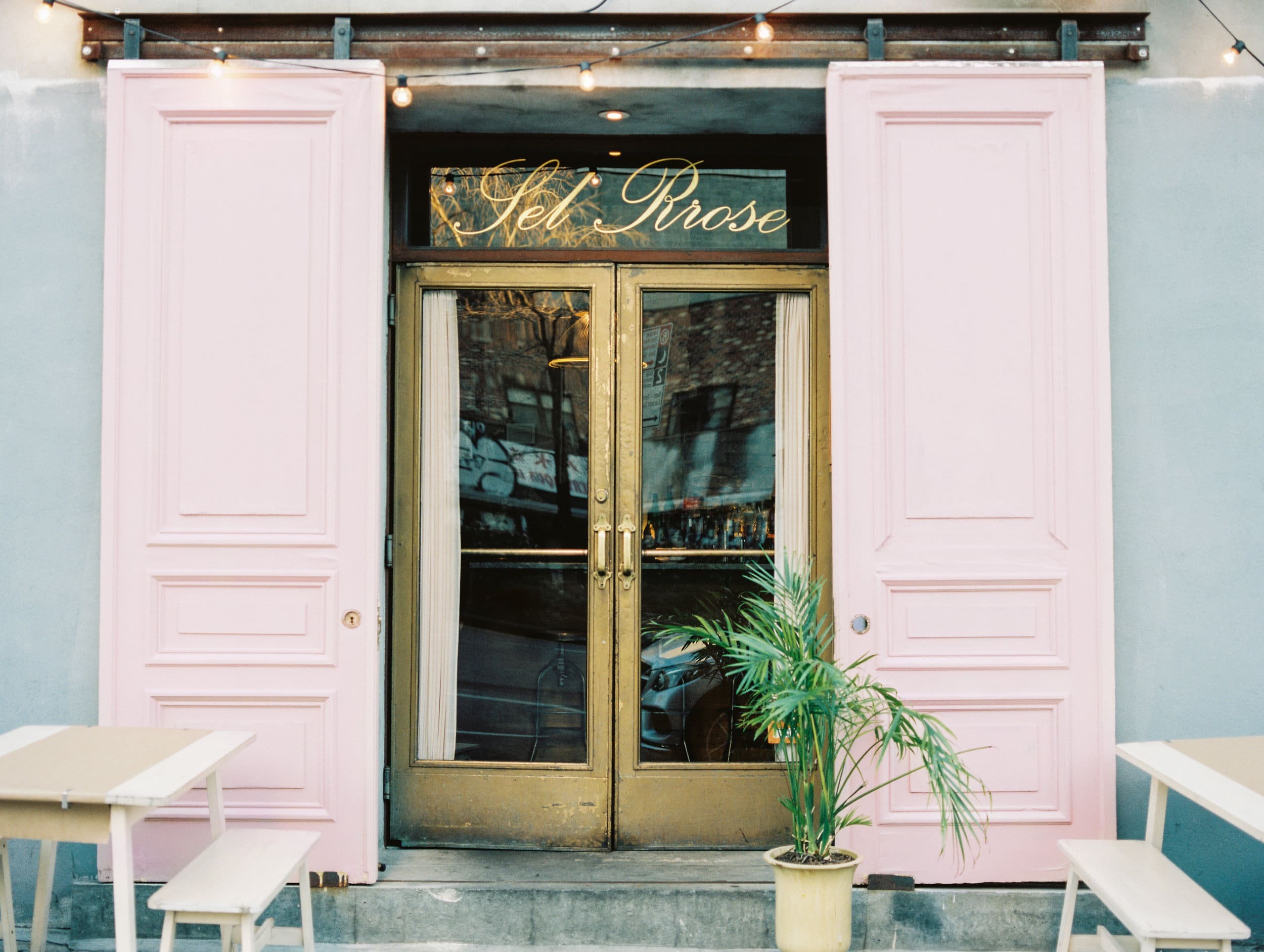 A former German beer garden turned into a vaguely post-war French champagne room inspired by Marcel Duchamp’s female alter ego. That sounds about right for Montauk. As the out east outpost of the original Sel Rrose in the Lower East Side, this one similarly serves botanically-inspired cocktails like Margarita Pamplemousse and Aphrodite’s Child, a gin concoction laced with rosemary-infused grapes and a champagne topper. 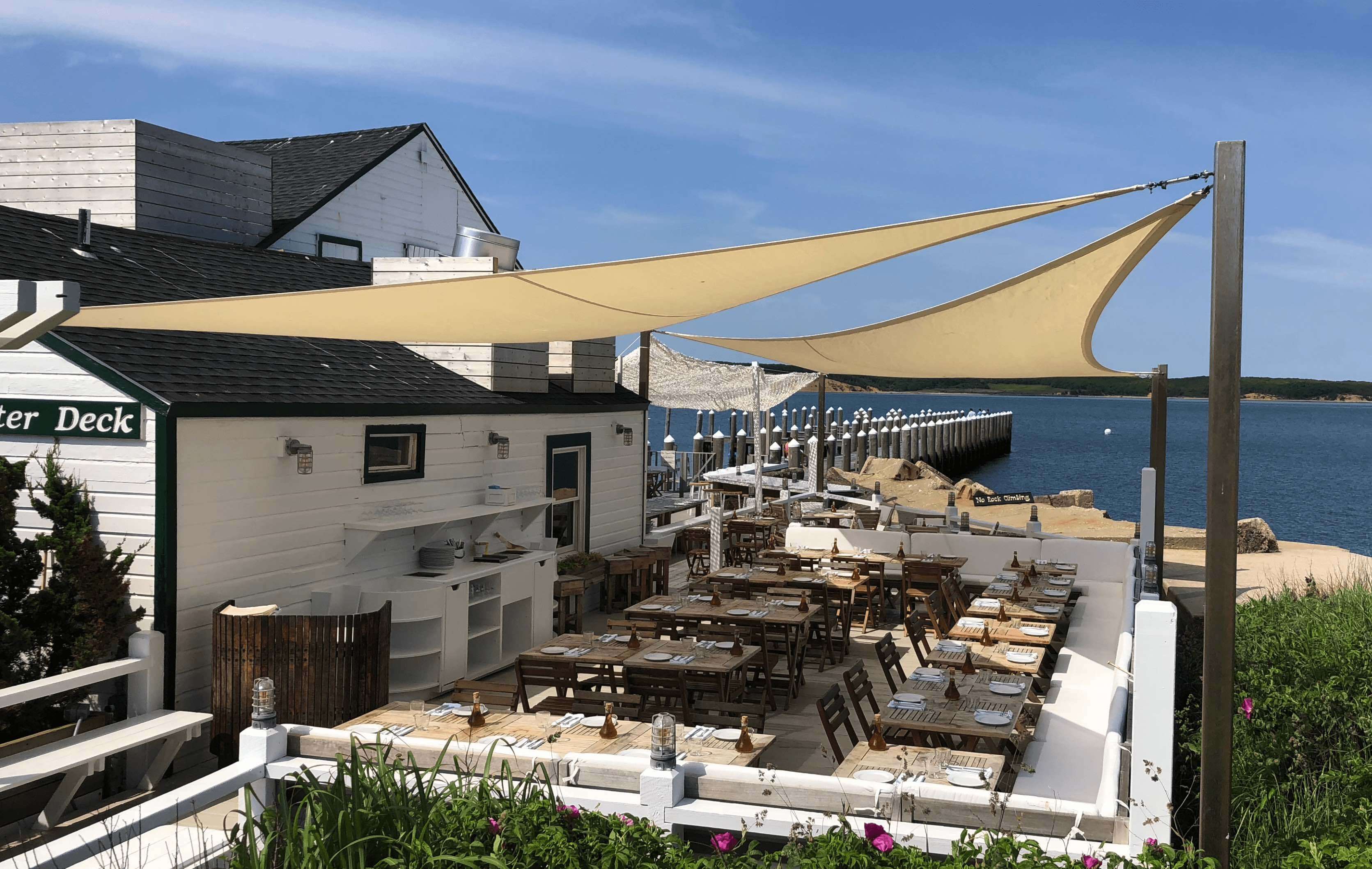 There are plenty of fancy lounges in which to savour lobster rolls in the Hamptons but few with the view enjoyed from Duryea’s Lobster Deck. Opened over 80 years ago on Fort Pond Bay, the Deck was recently taken over by hedge fund billionaire Marc Rowan who upgraded the already legendary lobster rolls with bottles of 2004 Dom Perignon Rosé. 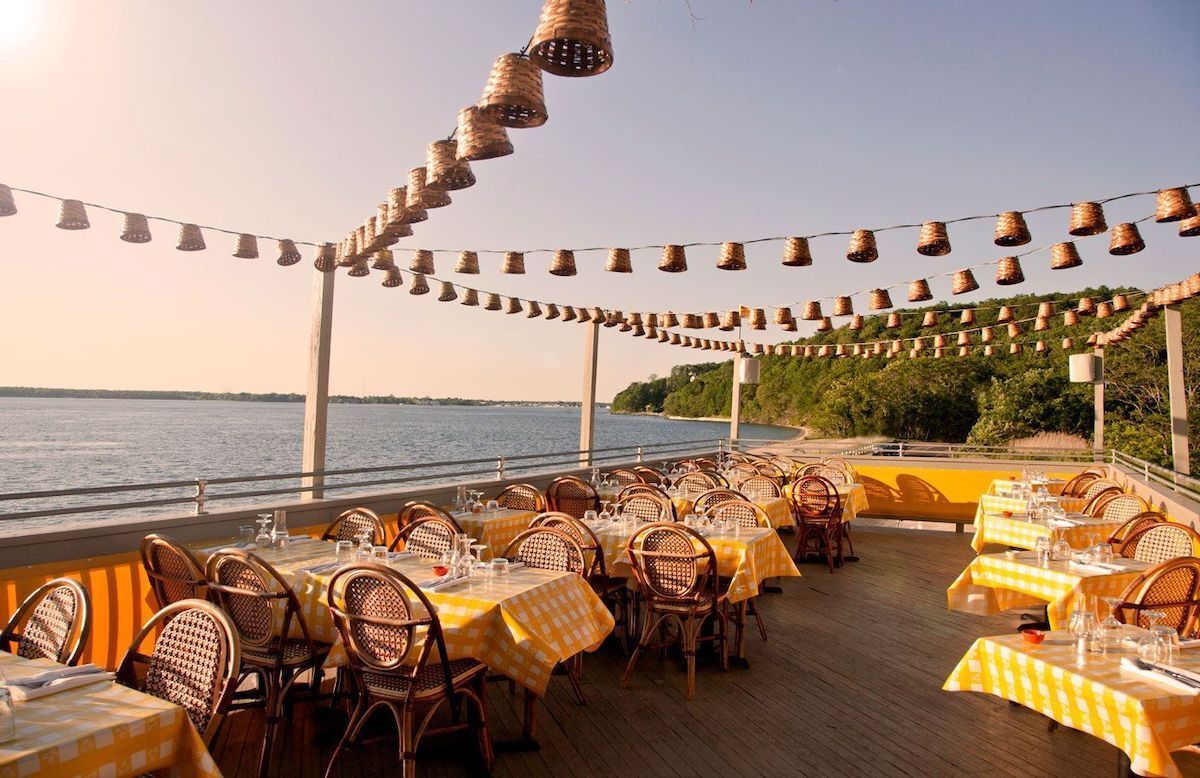 André Balazs, the hotelier who seems able to conjure Saint-Tropezian elegance with a flick of his finger, brings the Riviera to Long Island with this surf-inspired hotel. With only 20 guest rooms, you’ll likely have to find another place to stay but the restaurant, with ample offering of polpo alla griglia, burrata and carafes of Balazs’ own Long Island-grown rosé, offers the perfect place to hole up and watch the lazy day unfold with ease.


Contact your lifestyle manager for further details on how to secure the best table in any of these restaurants this summer.