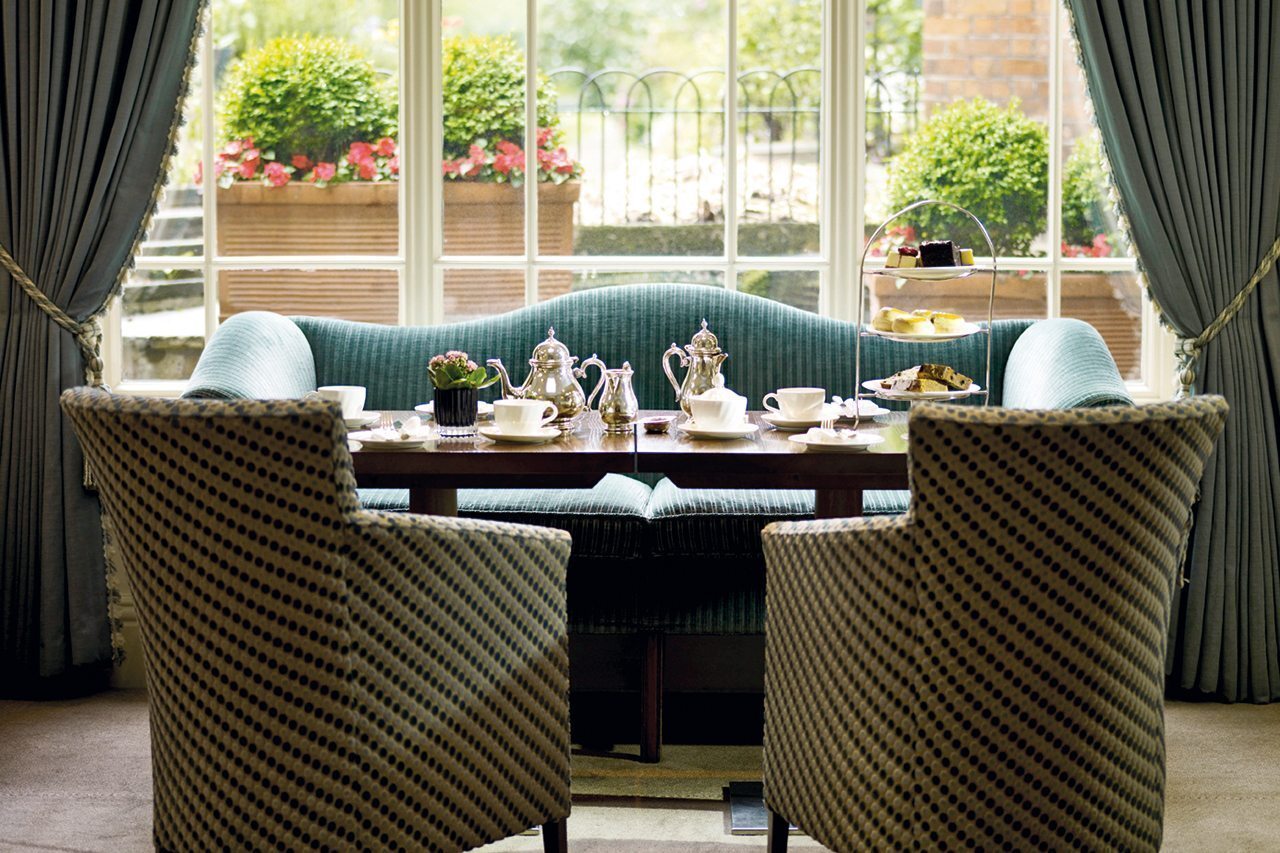 It was building up to be a busy Friday for German-born Executive Chef Bernhard Mayer, when he kindly agreed to meet me at Chelsea-based private Members' club The Sloane Club, where he's headed up the kitchen since January 2014. He was preparing for the day's lunch covers and I'd given myself half an hour tops with him before expecting him to be plucked away by an agitated sous-chef, but here I was, more than an hour later discussing everything from Brexit to his mum's home cooking. We did eventually tear ourselves away from the soaring price of pork and the challenges of creating the perfect team of professionals, to get on with making lunch. Well not me, Bernhard, and when I say making lunch, what I actually mean is Bernhard crafting four of his favourite dishes, just for me. That's the kind of person Bernhard is. In the midst of a maelstrom of dinner plates and diners, he steers his ship calmly through, taking the time to stop people, tweaking a napkin here, and a tablecloth there as he goes, ever so subtly breathing fresh air into the sails. Bernhard may not be a household name, nor would he want to be, but this Executive Chef packs a serious professional punch, and has charisma to spare. Steady, forward-thinking yet respectful of tradition, observant and with razor-sharp wit, he's a popular and welcome figure at The Sloane Club.

This is no mean feat as the club has operated in its current form for the past 40 years, steeped in tradition that keeps loyal Members returning day in, day out for breakfast, lunch and dinner. This is a home-from-home and, as such, food and drink are integral to the member experience. When Bernhard started at the club in January 2014, he knew from the offset that he would have to tread carefully if he was to make any concrete changes to the menu. His attempts at revolutionising the Prawn Cocktail for example, came to nothing. Despite taking the same ingredients but arranging them differently on the plate, his new interpretation of the classic starter was received with polite but firm letters from long-time Members requesting a return to the original. This was no problem for Bernhard. He knows what makes people happy, so why do the opposite?

That's not to say that Bernhard has not managed to move small mountains over the past two and half years. He has successfully modernised some age-old classics, namely the Wiener schnitzel to great effect, prompting a flurry of letters of appreciation. He would argue that without room to move and evolve, he would not have been able to continue. His influences go back to a childhood growing up in the Black Forest region of Germany. As the youngest of a very large family, his mother would religiously cook a full dinner from scratch every day. As he grew up watching the eager faces around the table when his mother produced her hearty dishes, he knew his future had to be in food.

For a young lad growing up in the state of Baden- Württemberg, the idea of becoming a chef was as alien to his parents as landing on the moon. The celebrity chef culture was yet to hit us and his father had always assumed he would remain rooted in the family farm business. Fast-forward to the 1990s and a young man in his twenties embarking on the adventure of a lifetime. It takes guts to work in the food industry, as expectations are sky-high but try running an industrial-sized kitchen with more than 120 chefs and staff in tow. That's a lot of pressure by anyone's standards, apart from maybe the President of the United States, but it was a challenge that Bernhard embraced with gusto during his years in Hong Kong, as Executive Chef of what is now the Four Seasons Hong Kong. He's been a fan of Asia and its cuisine ever since and his ability to absorb the culture of any country he spends time in, is a priceless asset.

When I ask him how he lives with the pressure of his industry, he suggests that confidence and self- belief help him keep a cool head. He wants to please people when the plate comes to the table and make them feel a connection to the land, the culture and to feel at home.

I get a sense of Bernhard's generosity. In addition to his natural talent and experience, I believe that is why he thrives in an intimate space such as The Sloane Club just as as well as he does in a huge kitchen managing 120 people. He makes the diner feel like the most important person in the room.

Despite loving every second of his time in Asia and specifically Hong Kong, he says his days of working in vast kitchens are over, preferring the intimacy of a venue such as The Sloane Club. From balancing the books, to placing orders, selecting local or exotic ingredients, and listening attentively to his diners, he enjoys every aspect of his role of Executive Chef.

Unexpected challenges are par for the course and one that has reared its awkward head lately is Brexit, but despite these difficult times he remains optimistic as he looks to the future. I get the feeling that whatever he does, his ability to bring humour, invention and a lack of ego to his industry, will open doors for him wherever he goes.

Bernhard was keen to know how I felt about his dishes, his eyes bright with anticipation, and I was no exception as I sat in the dining room among member diners. As I relished my lunch of chopped salad bursting with the flavours of fresh mint and garden peas; Wiener Schnitzel so tender, crispy and succulent, and champagne mousse dessert as delicate as a cloud, I couldn't help but think that the only way to make people love good food is to love the people you cook for. Bernhard does this with effortless ease and the results speak for themselves. You'll feel them for yourself if you come to The Sloane Club for lunch or dinner.

As part of an exclusive offer, The Sloane Club is thrilled to offer Quintessentially Members the chance to visit the club on three occasions, which can include dining and accommodation. Should you take up this opportunity, you will also be entitled to a discounted Membership-joining fee. This is a rare chance as The Sloane Club generally operates as an exclusive Members' club, typically following an entirely closed-door policy to non-Members.


For more details on this fantastic benefit and to book dining and accommodation plans, please contact your Lifestyle Manager for bookings. Interested in becoming a Member? Request more information