A Virtual Journey Across England, From Coast To Countryside

This week we stay closer to the home of Quintessentially Travel headquarters and take you on a virtual journey across England. As we look forward to a time when overnight stays become available once again in the UK, we want to take this opportunity to celebrate some of the wonderful destinations and properties available throughout England. Moving beyond the cities (we will revisit those in the future) we focus on the beautiful countryside of Hampshire, The Cotswolds, Dorset and Berkshire. We venture down to the coast, taking in the glorious county of Devon before heading north to the rugged countryside of the Yorkshire Moors and the pretty Yorkshire Dales. Then, we head east with a look at Suffolk which offers both stunning coast plus verdant countryside. We've already noticed that interest in England's green and pleasant land is booming, so let us whet your appetite further.

Spanning five counties, this is the largest designated area of outstanding natural beauty in England and Wales and is famous for classically English market villages all fashioned from honey-coloured stone. The rustic settings are perfect for walking, hiking, cycling or relaxing and enjoying the beautiful hill views. Check out the two properties below; one offers standalone cottages and the other a more traditional hotel.

Cider With Rosie by Laurie Lee

This 1959 novel chronicles traditional life in a Cotswolds village from a child’s view seen some years later. The first of a trilogy, the book delightfully reminisces about a time before cars or electricity and a village on the brink of change. This is a wonderfully evocative look at a village childhood from the past.

Hampshire sits on the south coast of England, and marries countryside, city and beach, with numerous National Parks, coastal beauty spots and buzzing cities, including Winchester—the ancient capital of England. Walk the Titanic trail in Southampton, follow the footsteps of Jane Austen in the South Downs National Park, and meet hundreds of wild ponies in the New Forest. Both of the recommended properties exude equal measures of British charm and elegance, offering a plethora of countryside pursuits.

Chewton Glen – A country house hotel in the heart of Hampshire featuring several standalone treehouse suites.
Farleigh Wallop – A 4000-acre country estate available for private hire as your home away from home.

Watership Down by Richard Adams

This 1972 novel is set in Hampshire and focuses on a group of rabbits and various threats to their lives. It follows them as they escape from their destroyed warren in search of a new home. At first glance a children’s novel, it hints at adult and universal themes and captures the evergreen and fragile majesty of the English countryside.

Offering picturesque villages, remote rural landscapes, sandy beaches, fossil cliffs and wild moors, Devon is British countryside at its best. With this spectacular variation of scenery, it’s the ideal spot for country and coastal pursuits such as horse riding, cycling, walking, fishing and surfing. A gastronomic destination in its own right, the local cuisine focuses on home-grown ingredients and farm-to-table dining, and of course, you can’t miss an afternoon tea of scones with Devonshire clotted cream. We recommend a stay at two of Devon’s gems; ultra-chic south coast hotel Gara Rock or the multi-award-winning lifestyle retreat, Yeotown.

Gara Rock – A clifftop property in Salcombe, Devon offering breathtaking views and a selection of rooms and suites.
Yeotown – This North Devon country retreat is now available for exclusive use and is an idyllic bolthole.

Tarka The Otter by Henry Williamson

Follow the story of otter cub Tarka in this novel from 1927. Enjoy reading about Tarka as he grows up learning to catch and fish and fear the hunter in the wilds of North Devon. Set in River Taw and River Torridge, it avidly describes the details of this natural habitat.

A jewel in the Eastern coast of England, as you leave behind the city bustle of London flat plains will expand in front of you. Bordered by neighbouring Norfolk, Suffolk has a laid back charm and East Anglian history aplenty. From the quaint seaside town of Southwold, with its microbrewery and chic boutiques, to the meandering broads with over 125km of waterways, take your pick on where to spend your days. We love the exclusivity of Retreat East or the boutique seaside hideaway of The Swan at Southwold.

The Swan – Located two minutes walk from the beach, this charming hotel is in the Suffolk village of Southwold.
Retreat East – Perfect for a rejuvenating break, this property offers standalone cabin options in the Suffolk countryside.

Looks can be deceiving: set on the Suffolk plains, watch as success and the legal system collide to unveil a traumatic past.

Beautiful Dorset is home to rolling hills, deep history and some of the country's best beaches. Perhaps lesser known to neighbouring Devon and Cornwall, Dorset holds a unique charm of its own. With quaint villages and thatched-roof houses, spend your days exploring the green fields, before sampling the farm-to-table style food at some of the great local pubs. Featuring cathedrals in Sherbourne and the iconic Durdle Door, Summer Lodge is set in the heart of one of Thomas Hardy's famous novels and is the perfect start to daily exploring.

Summer Lodge – Located in the charming village of Evershot, this hotel also benefits from four acres of pretty gardens.

This gripping murder drama is set along the beautiful English Jurassic Coast and showcases the area to stunning effect.

Home to Windsor Castle, Royal Ascot, and Newbury Racecourse, the Royal County of Berkshire is located just west of London in the South East of England. The county offers riverside walks along the Thames as well as an abundance of significant spots in England’s history, including literary Pangbourne, The Savill Garden and Eton College. Being so close to London whilst also offering British countryside and historic towns, this home county is monumental to England’s majestic past. The following country house retreat allows you to escape London life in less than an hour to enjoy Berkshire at its best.

Coworth Park – This country manor house in Ascot is set in 240 acres of lovely Berkshire parklands. 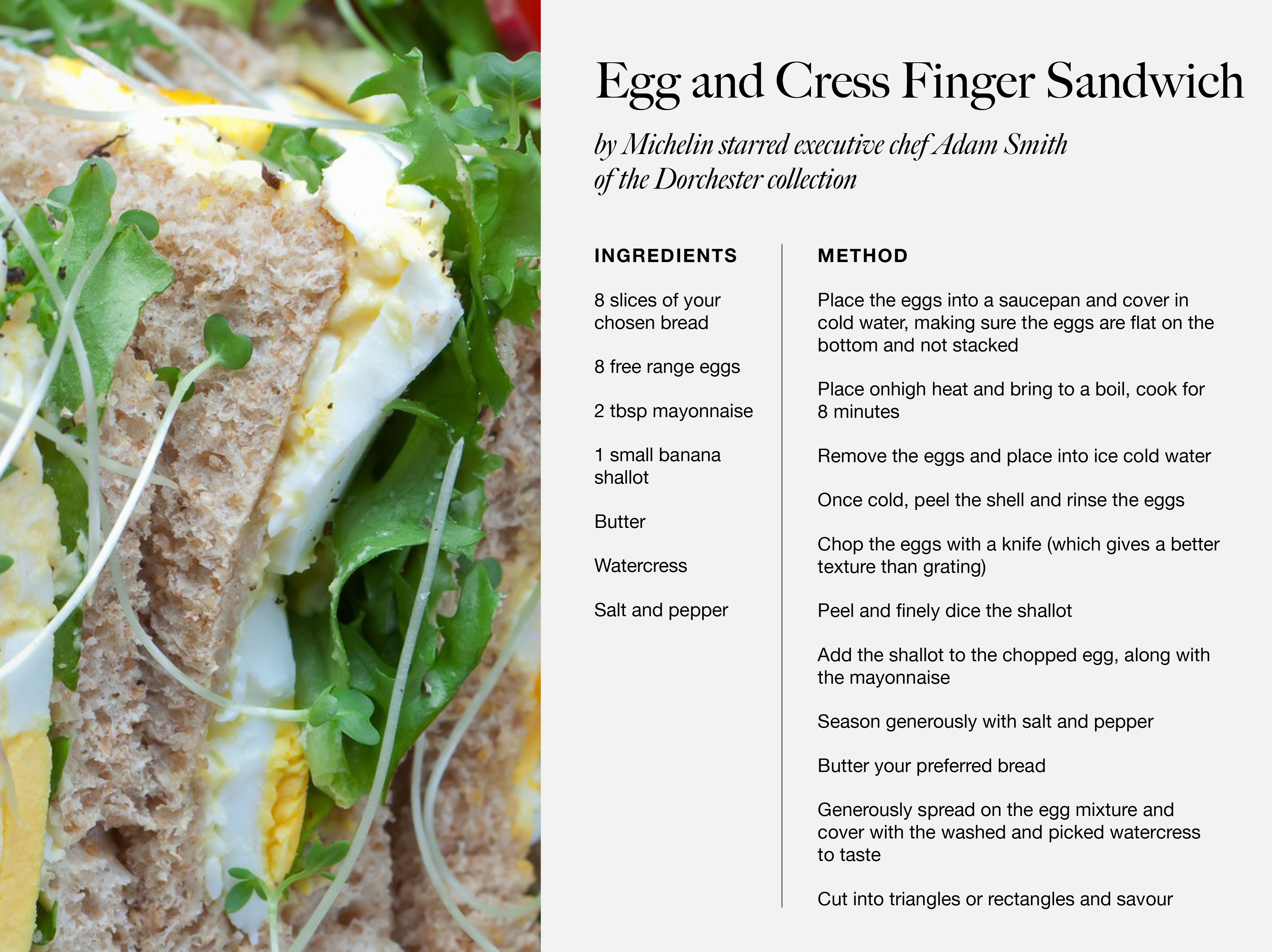 Head north, straight up the A1, and the rural fields of Yorkshire will begin to unfold. The backdrop to many famous films, the scenery speaks for itself. Rich Roman and Viking heritage are dotted throughout the sheep-filled fields and expansive national parks, perfect for exploring by foot or bike. For a cultural adventure, York is the gem of Northern England with a 13th-century cathedral and streets lined with chic shops and delis. Staying at Grantley Hall, rest, relax and indulge after a day on the moors.
Grantley Hall – A country house hotel located in North Yorkshire, you’ll enjoy stunning gardens and proximity to the Yorkshire Dales.

A true story of friendship through hardship, watch as two worlds collide set with the dramatic Yorkshire backdrop.

Rising through personal pain, watch as Sergeant Catherine Cawood leads the West Yorkshire force on their path to defeating crime.

Kate Bush is one of the UK’s most beloved recording artists, and this song is one of her most well-known. This song is based on the 1847 novel of the same name by Emily Bronte and featured on Bush’s debut album The Kick Inside. It is her most successful single and is unforgettable with haunting and atmospheric tones.

This is the lead single from Blur’s fourth album The Great Escape and focuses on the tale of a man living a mundane life in an English countryside mansion.


For more information on any of the properties listed, or to make future travel arrangements, please contact Quintessentially Travel.