A Maniot's home is his castle 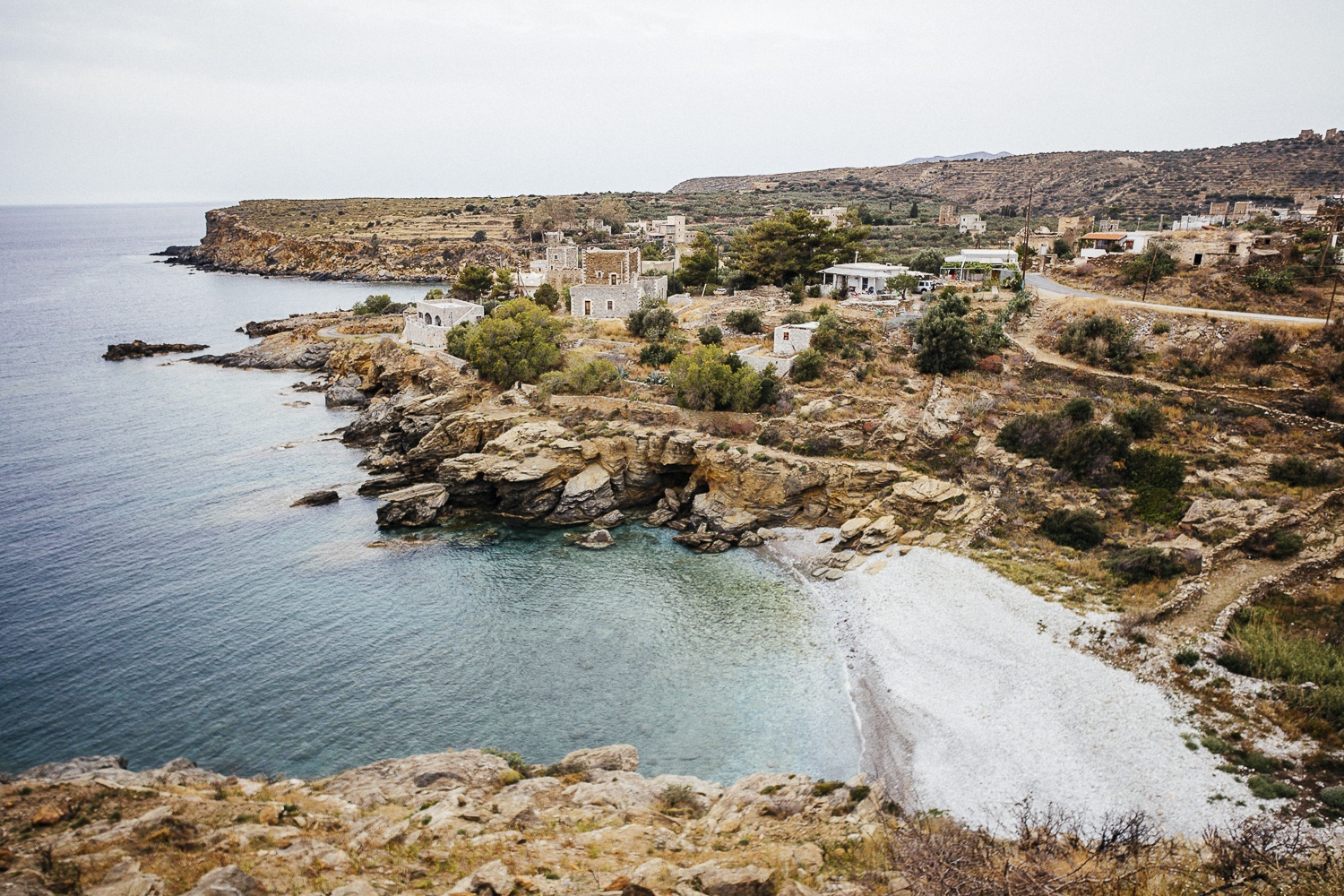 The feuding clans of the Mani once made this far-flung peninsula a fearsome place. Their legacy is still found in tower houses scattering the coast, now being transformed into sumptuous boutique stays.

The Mani often feels like it was never meant to be seen. For such a picturesque setting, nestled between sparkling gulf waters and towering mountains, it’s an odd admission. Yet this peninsula within a peninsula, teetering on the southern tip of Greece’s Peloponnese, has always been wrapped in secrecy.

As my guide and I rounded switchbacks into the lush northern foothills (Exo Mani) above boho Kardamyli, it became apparent why. Tiny communities appeared from nowhere, burrowed into the hillsides and near-invisible from a distance. Centuries ago, when the primary source of income here was raiding merchant ships in the gulf, these were as much hideaways as villages.

If you haven’t realised it by now, the Mani is another world entirely.

Severed from the mainland, both geographically and culturally, by the Taygetos mountains, even the Ottomans, who ruled Greece for six centuries, rarely set foot here. They let the local clans get on with their blood feuds privately, though they paid dearly for it later. It was here that the first rumblings of revolution sounded in 1821. Even today, depending on which town you visit and when their clan went to war, the national day is still celebrated on different dates from the rest of Greece. 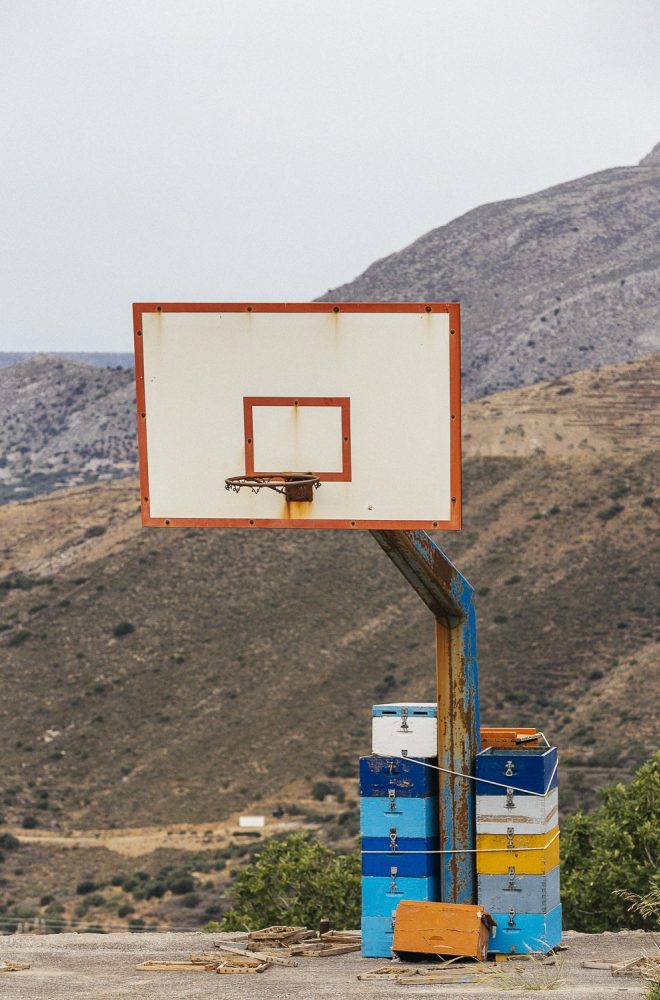 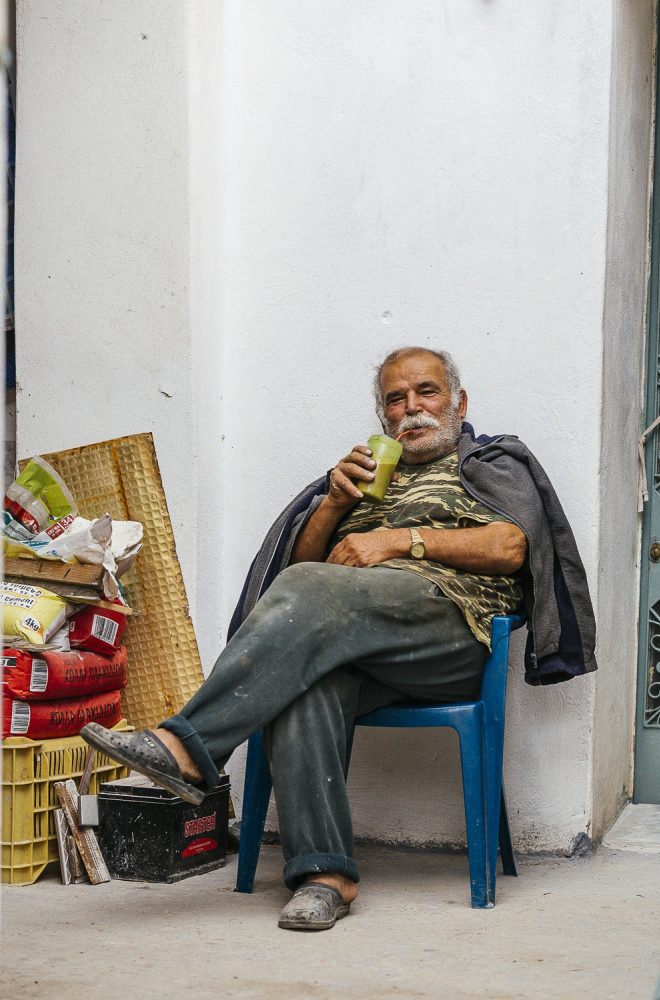 Ancient history has a role to play, too. Maniots claim Spartan heritage, and trails forging north on old Roman roads attest to when this was a port for Sparta. But while little remains of their brutal ancestors, the Mani is peppered with the 18th- and 19th-century castle-like “tower houses” of its clans. It was from these that the kapitanos ruled, feuded and plotted, and it’s here their secrets are revealed. For all the beauty of the Mani, with its monastery-scattered gorges and myth-drenched caves, its tower houses tell the real story of the region.

As I weaved coastal roads south into the Mesa Mani, the landscape became less green and the blockish towers more abundant. Those in the north are often cement replicas, but as the forests burned off to reveal the maquis-stubbled slopes of the Sangia foothills, familiar flat-roofed facades poked through seas of prickly pear at their feet.

At Vathia, a ghost town whose crumbling buildings were once described by the travel writer Patrick Leigh Fermor as resembling “the spikes along an iguana’s back”, its towers balanced warily on a cliff edge. But while this remains a relic, recent years have seen a handful of tower houses turned into boutique stays, all raw stone and terraced sea views. And as I discovered, there’s no better way to soak up the Mani and discover a hidden history still little known to travellers… 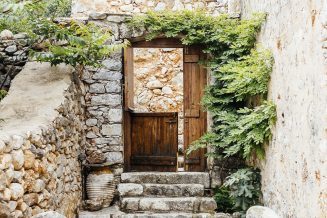 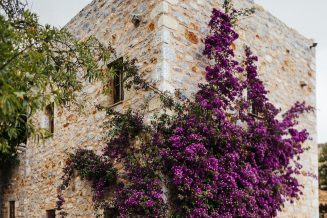 There was a time when Kitta was home to the most powerful clan in the Mani, the Nicliani, and their ruins still dot the horizon from this beautifully restored tower. In the late 1800s, a feud between two rival families here reached such a pique, the Greek army was called in to quell it. The negotiations took place in this building, which housed everything from royal police to German invaders. Now it’s a hotel, having been lovingly restored by owner Pangiotis, whose collection of fine wines makes for the best cellar in the Mani, if not the Peloponnese. His mother also masterminds an impressive kitchen, and her homestyle dinners in the courtyard make for a fine candlelit finale as the sun sets over the plateau.

Nearby: Tigani (yet another peninsula) juts out from the east coast, and the 20-minute walk from Agias Kiriakis to its tip reveals the ruins of a magnificent Frankish castle.

When the Maniots rose against the Ottomans in 1821, it began in Aeropoli, now the capital of the Mani. Here, clan leader Petrobey Mavromichali raised the flag of revolution in the town square on 17th March (the date independence is still celebrated here, a week before the rest of Greece). His distant descendent now runs an elegant boutique stay in what was an 18th-century tower fort on the coast at Limeni, a pretty harbourside suburb beneath the main town. When the Trip to Greece was filmed in the Mani, Coogan and Bryson dined here, and the kitchen has a fine reputation, dishing up elegant Maniot cuisine on a stone terrace overlooking the shallow lapping waters of the harbour where you take a cool dip.

Nearby: The Caves of Diros were once believed to be a gateway to the Underworld, and boat trips to explore its vast subterranean reveal exactly why. 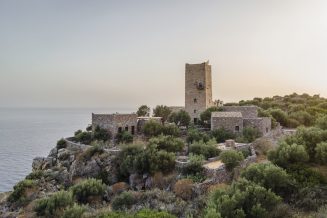 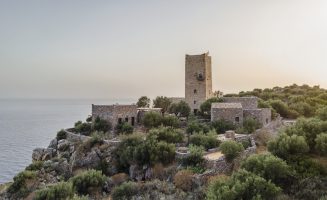 The setting is the star here. A blockish 19th-century tower peers aloofly over the waters of the Messinan Gulf, with rooms whittled into its narrow confines. What were mostly ruins have been sensitively restored. While the tower has just three rooms, they have been cleverly adapted, with stone buttresses turned into a bunk-style bed in the junior suite, while the loftier master bedroom soaks up fine views from above. The infinity pool and decking below let you bob in the water and watch the tides drift by as chef George Samoilis dishes up Maniot cuisine on the deck: think salted ‘sliglino’ ham and sweet diples (baked dough dipped in honey). Heaven.

Nearby: The 18th-century tower houses of Vathia were due to be redeveloped a while back but instead remain a ghostly relic, with few people still living there. 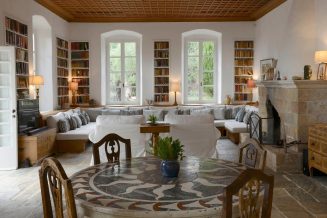 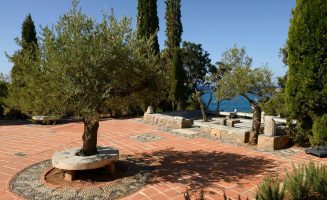 No, it’s not a tower house but rather the home of the celebrated late travel writer, Patrick “Paddy” Leigh Fermor, who settled on the edge of Kardamyli in the 1960s. Many in the village still remember the man known locally as “Michaelis”, after a pseudonym he adopted in the Second World War when posing as a shepherd to capture a German general. It’s one of many wild stories. His beautiful home, now managed by the Benaki Museum, is filled with relics of his travels and can be rented for stays between June and August.

Nearby: Mourtzinos Tower, in the old town of Kardamyli, is a well-preserved tower house that tells the history of the clans and how they lived.

For more information on Mani, or to book a Grecian vacation, please contact Quintessentially Travel.