Why we still need International Women’s Day in 2019 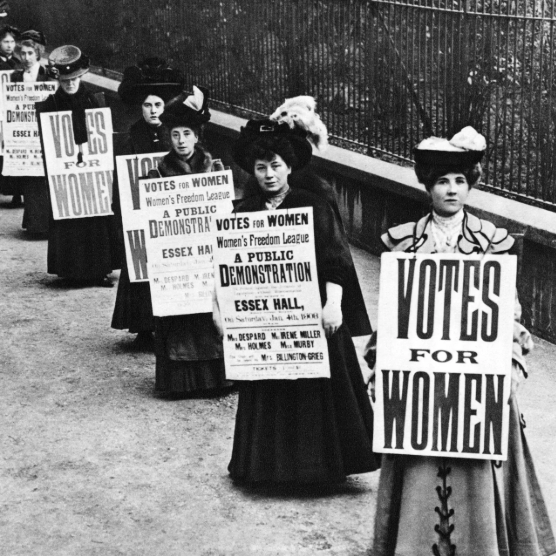 International Women’s Day emerged from an urgent need to establish an equal society. It does not - as some ill-informed groups might have us believe - aim to undermine men; rather, the movement aims to achieve equitable conditions for women for a functioning society – you don’t need to look far to see how inequality pans out across the socio-economic spectrum. Indeed, we have the biggest divide since 1913 between those struggling, or far worse, and those whose wealth would solve the problems of entire nations.

But how did this monumental international women’s movement get to where it is today?

In 1857, tens of thousands of working women marched through the streets of New York City brandishing banners demanding better working conditions, better pay, and the right to vote. On the 21st June 1908, some 250,000 suffragettes in London also entered the history books when they claimed their right to vote by marching on the streets. With calls for emancipation ringing through the air at the turn of the 20th century, the scene was being set for what would, decades later, become part and parcel of the women’s movement – recognition and awareness, dialogue and change - but these didn’t come easily and there is still a lot to be done.

It was social activist and leader of the ‘women’s office’ for the German Social Democratic Party, Clara Zetkin, and Soviet politician Alexandra Kollontaï who tabled the idea of International Women’s Day while attending an international conference for women in 1910. Zetkin put forward that every country should be involved in pushing for the needs of women’s equality in their respective regions and beyond. There ensued another conference attended by more than 100 women from 17 countries who agreed to Zetkin’s suggestion; International Women’s Day was born and celebrated for the first time in Austria, Denmark, Germany and Switzerland on 19th March 1911. The day moved to 8th March in 1913 and once it was officially recognised by the United Nations in 1975, a theme was created for it every year.

The theme for 2019 is #BalanceForBetter, shining the spotlight on the growing global push for professional as well as social equality. The aim is to encourage gender balance in corporations, boardrooms, the media and in the distribution of wealth. Just as vital is the need to foster environments in which women receive social security that’s equal to that accessible to men, and that they have the same access to public services through the creation and provision of sustainable infrastructures – that would allow economies and people in general to flourish.

Why do we still celebrate it?

Because the original goal - to secure equal pay and work conditions for women – is still to be achieved. Though big steps have been taken in recent years, especially with the viral # MeToo campaign triggered by the Harvey Weinstein scandal, the gender pay gap is still there. A gender pay gap persists across the globe and women are still not present in equal numbers in business or politics. Figures show that globally, women’s education, health and violence towards women is still worse than that of men, even if the latter also face immense challenges within society as we struggle with the underlying definition of what ‘real masculinity’ is (an entirely other debate).

According to the World Economic Forum, the gender gap won't close until 2186 – yes, you read that correctly. On IWD, women across the world come together to force the world to recognise these inequalities – while also celebrating the achievements of women who have overcome these obstacles.

Quintessentially Group CEO Annastasia Seebohm will be co-hosting an intimate members’ dinner on 13th March in London, gathering an inspirational network of notable female achievers, followed by a business lunch on 15th March when Annastasia will be joined by female entrepreneurs and thought-leaders to discuss modern-day equality issues and how we can move forward together.

Meanwhile, Quintessentially continues to celebrate women, including Audrey Munson, the original supermodel and an enduring symbol for women's rights.

Contact your lifestyle manager for details on any upcoming events around female causes that are close to you.