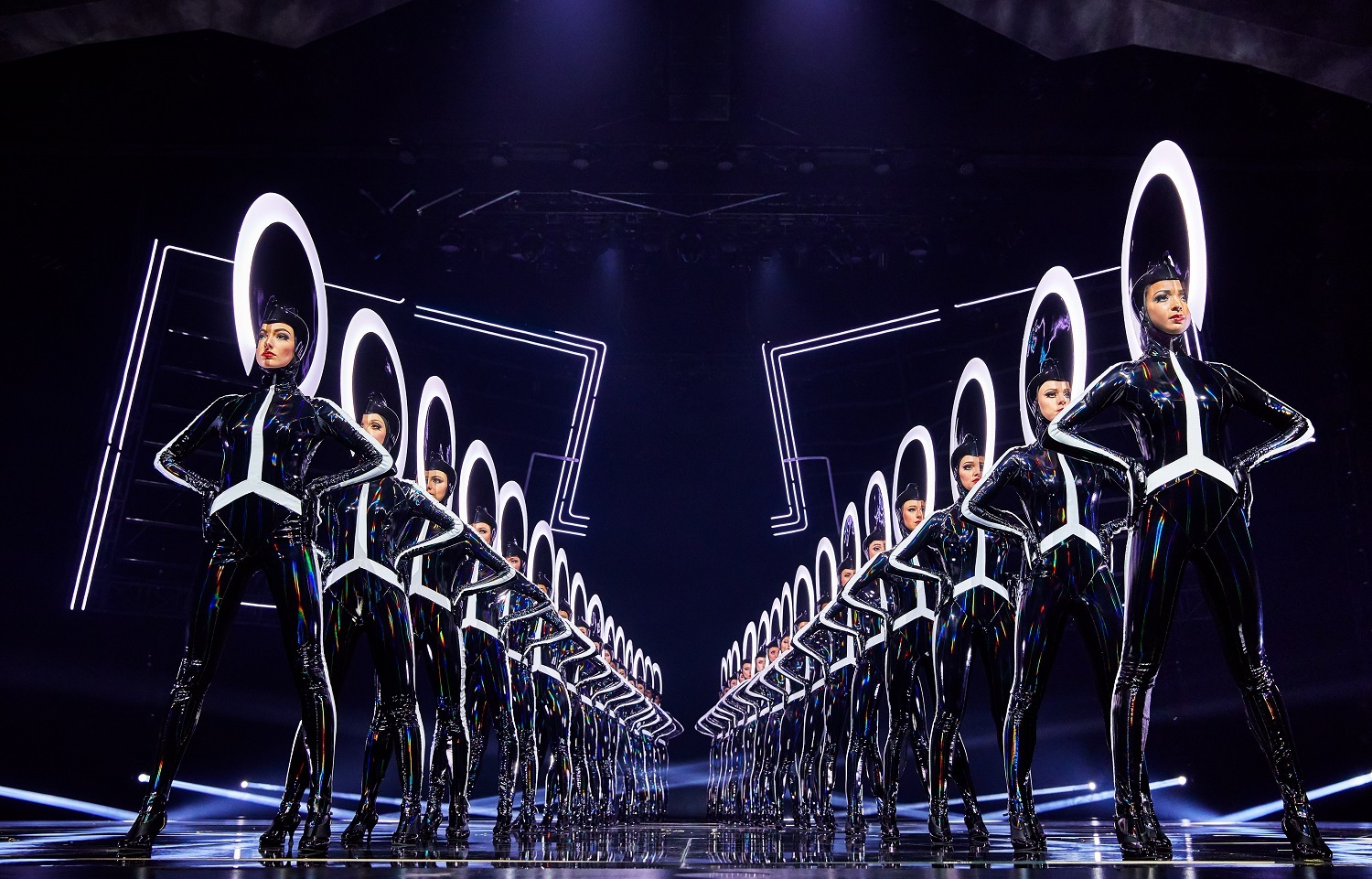 Take the most famous hat designer in the world. Add the late Michael Jackson’s show producer and the late Alexander McQueen’s fashion stylist. Offer a budget of over €12 million, a line-up of the world’s best dancers and the world’s largest theatre stage, in the centre of Berlin.

It’s no wonder the VIVID Grand Show, at the gigantic Friedrichstadt-Palast, which seats 1,895 people, is the hottest show on earth.

And the show runs for a year. And no, you don’t need to understand German.

Those in the know in fashion will tell you that Philip Treacy has an extraordinary imagination fused with rare technical craftsmanship - those hats shaped like orchids, butterflies and ships in full sail are created by his very own hands. Now, a far wider audience than could ever see the fashion shows he’s created hats for - Valentino, Armani and Chanel, for example - can witness that unique magic too. Those in charge of the legendary Palast theatre, which is the address in Europe for spectacular review shows, which outdo Las Vegas, gave Treacy only one instruction: “Let your imagination go as far as it wants to go.”

Treacy brought in Michael Cottam who has previously produced shows for stars ranging from Bette Midler to Miley Cyrus, as well as Michael Jackson. Then he shook things up by bringing in Katy England, known for her gritty, glamorous edge from her days of working alongside McQueen. Next, he added hats, hats, hats for a dance troupe who are, literally, the best in the world; there are over 100 of them at the Palast, hailing from more than 25 countries. A breath-taking moment in the show comes as 45 of the dancers kick in line, in unison, while sporting satellite mohawks, the rims of which light up and flicker through all the colours of the rainbow, as their toes hit the stage. Wow, indeed.

There’s a narrative - an android girl breaks out of her externally-controlled life; sets out in search of her true self, and discovers the magic of the natural world, “so it’s futurist, and it’s nature; it’s everything I love,” says a breathless Treacy, after watching the opening night, out front, in the audience. As for those hats; “They are cherry-picked from my past career. It’s a chance to revisit the ‘Greatest Hits’ but bigger!” So here are 43 orchid hats instead of the few that appeared in a fashion show. There’s the butterfly hat - a Treacy signature - except now it takes off and flies; “We built in a motor,” he reveals. “Everything is made by us, by hand”, says the hatter who always has a thimble in his pocket, which he tap, tap, taps. “My hands are sore!”

Yet when Europe’s most celebrated review theatre got in touch two years ago, Treacy tried to turn the Berlin Palast down. “I was so intimidated. The only designers who have ever pulled this off before are Thierry Mugler and Jean-Paul Gaultier, who are my GODS”. The new VIVID show is more opulent than ever, as well as being the most technologically complex, this thanks in part to more than 1,000 conventional spotlights, plus 132 LED special effects lights, 13 smoke machines, and five atmosphere/haze machines - the list goes on. Backstage is the largest costume workshop in the world, where Treacy collaborated with Stefano Canulli, also responsible for the Cirque du Soleil’s Las Vegas show Zumanity.

“When you are used to designing for a (catwalk) show, a hat appears for three minutes, it has the audience’s full attention for maybe 20 seconds. For a stage show, it has to be bigger, better, and suddenly you need 43 hats for a five-minute sequence. Yet everything is possible. I was able to spend the price of a London apartment on that kick line of dancers. It’s the kind of dream you can only achieve with budget…. and balls!” laughs an elated Treacy post-show. “The Palast is such a legendary theatre because it’s got the balls!”

Let our specialists at Quintessentially Travel craft you a personal itinerary to enjoy the very best of Berlin and this unique show: +44 (0)20 7022 6560 or info@quintessentiallytravel.com