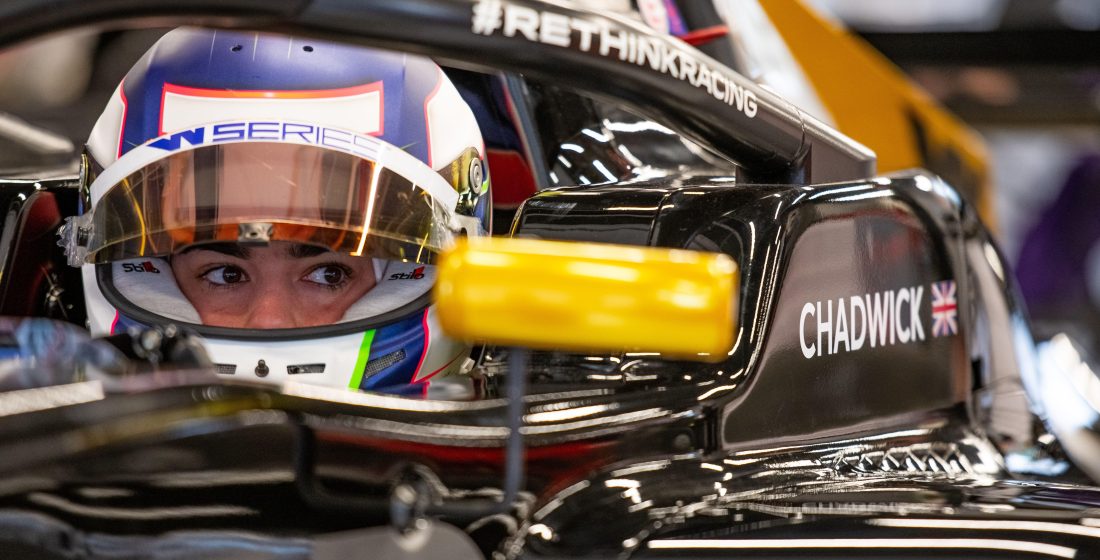 Ask anyone to name the world’s best female driver, and they’ll respond ‘Jamie Chadwick’. The 23-year-old is carving out quite the profile for herself, thanks to a carload of achievements that can only be described in firsts: the first woman to win a British F3 race; the first female to win the MRF challenge; and the first – and only – person to win the W Series, an accolade which she is yet to lose. She’s also tipped to break motorsport’s 46-year wait for a female Formula 1 driver.

“In the very short term, the next step for me is to win the W Series again this year,” she says when we speak with her before the third iteration of the women-only championship begins in Miami. “But the ultimate goal is still Formula 1.”

It’s a lofty ambition but not one she’s ever felt hampered in achieving due to her gender. There is, of course, no denying that monied men still dominate motorsport’s upper echelons. Persuading sponsors to part with sums of more than £1 million per season per driver is tricky, and even more so if said driver is female. This is because the lack of women in top competitions fuels the thought that high-performance motorsport careers are unlikely for women – and thus, potential backers can be reluctant to invest in them.

However, championships such as W Series and drivers like Chadwick make a female career in motorsport not just visible but plausible.

“The more women that are enrolled within the teams, the more women will want to get involved,” says Chadwick, who her success in the W Series has funded since 2019. “It’s a bit of a domino effect”.

We caught up with her before she flew to Miami to chat about her favourite supercars and racing experiences and how motorsport is – finally – no longer a boys’ club.

You’ve driven a lot of cars in your career so far. What’s your favourite supercar?

It falls a bit more into hypercar territory, but if I had the choice, I’d buy a Laferrari. I wouldn’t use it for my day-to-day life, but as a car goes, it’s pretty cool.

And what’s been your best driving experience so far?

I’ve been fortunate to drive many cars in different phases of my career. I really remember driving the Aston Martin Vulcan when it had just launched. I was seventeen at the time and had just passed my driving test. I finished my chemistry A-Level in the morning, and then I went to Silverstone in my little VW Polo straight after school and drove the Vulcan around the track in the afternoon.

What would you say has been the key to your success?

Quite a lot of luck! Obviously, there’s been a lot of hard work, but I think I’ve been fortunate with my opportunities. I’ve been hungry for success within the sport, but when opportunities have come about, I feel I’ve been well placed to make the most of them.

I think some challenges aren’t seen or voiced by women in the sport, but I wouldn’t say it’s necessarily tougher. Men have equally different challenges. Historically, motorsports have been very heavily male-dominated, and cars were quite often set up and developed around a man. However, we’re starting to see this shift with the likes of the W Series coming in, and the level of interest and exposure for women in the sport is getting so much greater.

You’ve been competing since you were a pre-teen. Have you seen more women become interested in motorsport as your career progressed?

100%. It’s really cool. Firstly, women outside of the sport are becoming more interested in motorsport; we call that the Drive to Survive effect. Within the sport, I’ve seen a significant shift in interest not just in racing drivers but also in different avenues into the sport – whether that’s mechanics, engineers, and so on. When I started, I was one female driver in an entire team of men, which can often put women off getting involved because they might not necessarily feel as comfortable. However, the more women enrolled within the teams, the more women will want to get involved – it’s a bit of a domino effect.

Motorsport is currently one of the only arenas where men and women can compete against each other. Do you think female-only competitions such as W Series positively or negatively impact getting more women into – and integrated within – motorsport?

100% positive. If you look at what W Series has achieved in getting women involved in the sport and then giving us opportunities to race at a higher level, to me, that’s much more positive than getting just one driver to Formula 1 in a short space of time. But also, if you look outside Formula 1, there are so many girls in W Series that now have professional opportunities like Formula E, Le Mans, the World Endurance Championships, and other different disciplines that they wouldn’t have had without W Series. 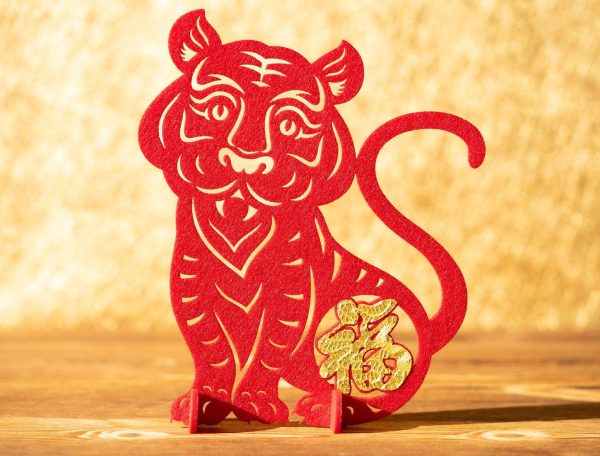 Our Hong Kong office shares their tips on how to best usher in the Year of the Tiger.