The Elephant Festival in Jaipur, Rajasthan takes place every year on the day before Holi, the festival of colours (which falls in February or March, depending on the full moon). This year, it occurs on Tuesday, 10th March. A typically eccentric riot of colour, noise and tradition, it honours elephants, the most important animal in India. A truly exceptional experience, here’s everything you need to know if you’d like to attend. 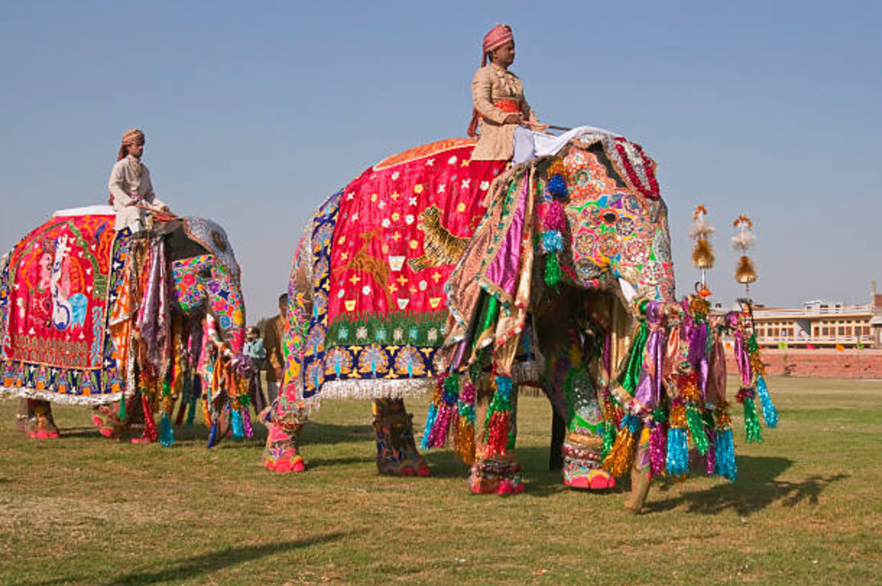 The elephant has vast significance in Indian traditions and mythology. It symbolises royalty and is closely associated with Buddhism and Jainism and is one of the nine Navratnas or jewels released from the ocean by the gods and demons in their quest for immortality. The elephant-headed deity Ganesh (or Ganesha)—literally ‘the lord of the people’—is the foremost of all gods in Hinduism; the patron of intellectuals, remover of obstacles and the god of beginnings. 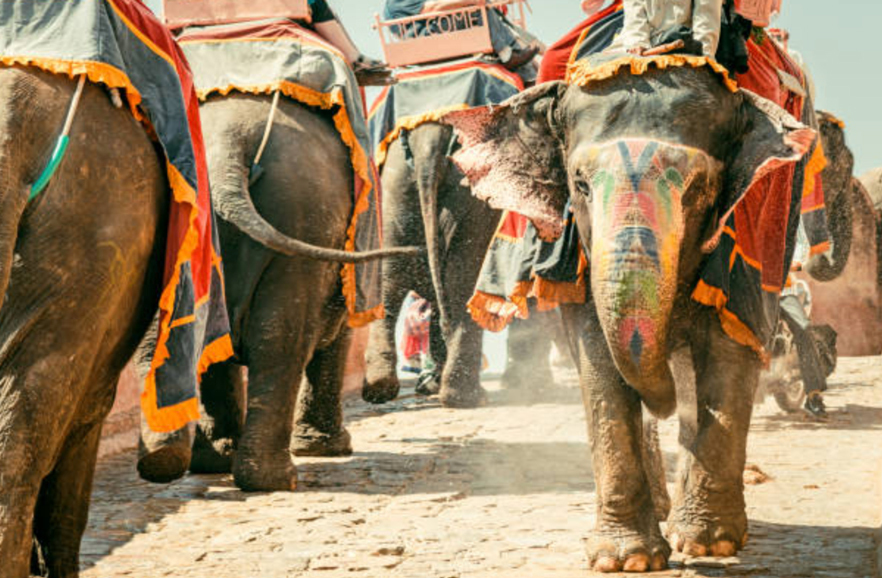 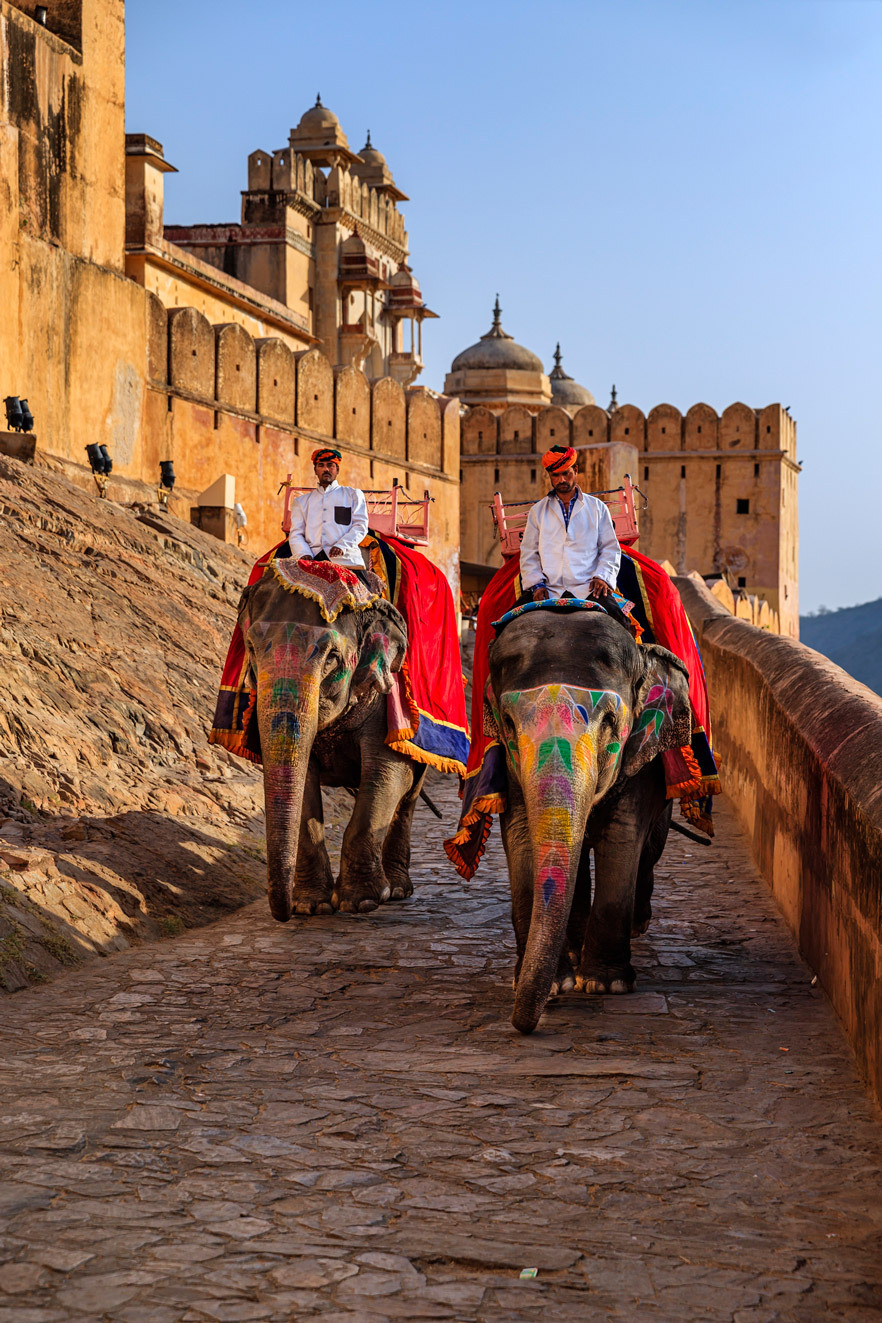 Traditionally, India’s monarchy would embark on elephant rides to the Amber Palace of Rajasthan, with the elephants competing against each in races and various other tasks. The modern-day festival, first introduced at the Chaugan Stadium in Jaipur, was moved to the Jaipur Polo Ground in 2011 to accommodate the growing crowds. 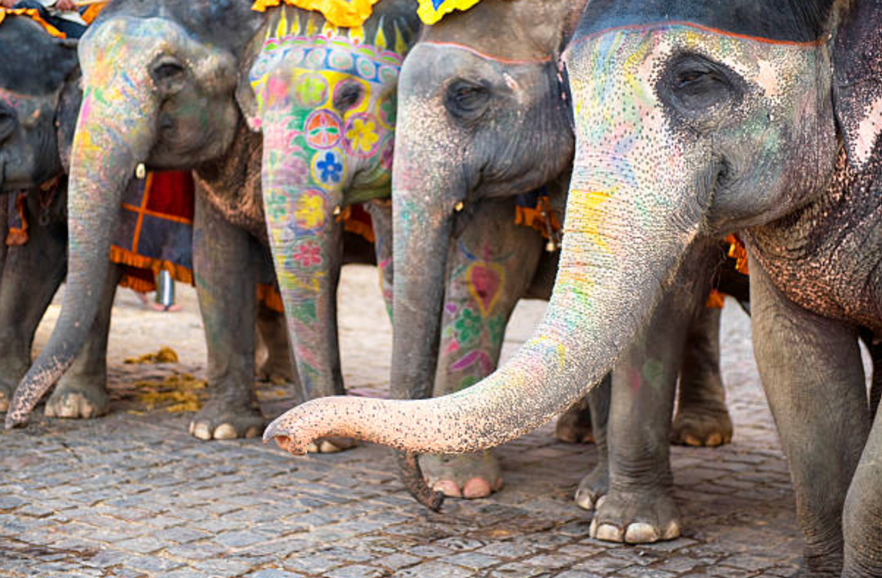 The main attraction of the festival is a procession of female elephants, decked out by their Mahouts (riders/keepers) in colourful rugs, saddle cloths, scarves, and head-plates. Jewels of all descriptions hang from their ears and necks, decorating their tusks, while bells adorn the ankles. Even their skin and toenails are painted, adding to the surreal atmosphere.

In keeping with the practice of the Holi festival, coloured dyes are thrown by the Mahout, who also bang and blow percussive and musical instruments including nagadas and bankiya. The elephants engage in races, elephant dances, an elephant polo match and a tug-of-war in which a single animal inevitably pulls several men and women over into a heap. Live performances by musicians and dancers accompany the festivities, as do other animals including camels and horses.

Excellent street food, including both typical favourites and specialities—that were once served in the royal kitchens—is on hand to keep attendees well-nourished throughout the day. Make sure to try something new, as this is the perfect opportunity to nibble and experiment.

To experience the Elephant Festival in style accustomed to royalty, the fortress-like palace of The Oberoi Rajvilas features grand gardens spread across two acres. From the tranquil pools on the grounds to the ayurvedic treatments at the resort’s spa, this is the perfect place to unwind after the rigours of the festival—with the vibrant colours of the interior design recalling the traditions of Holi. 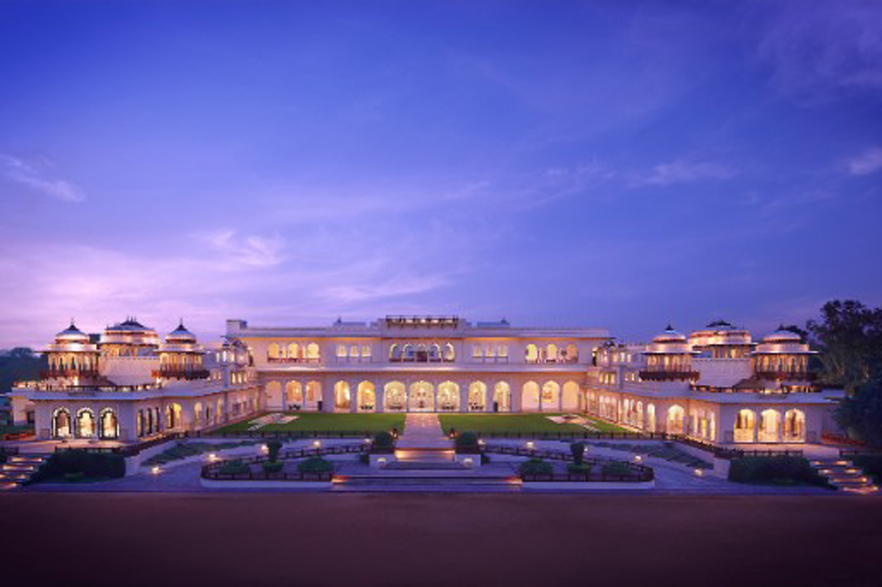 Equally as opulent, the Rambagh Palace showcases the very best of Rajasthan’s royal heritage, rich in history and boasting a magnificent décor featuring hand-carved marble and sandstone. The hotel has recently been renovated and offers a selection of some of Jaipur’s best elegant dining options.


Enlist the services of the experts, Quintessentially Travel, for insider tips to make the most of your trip to India.