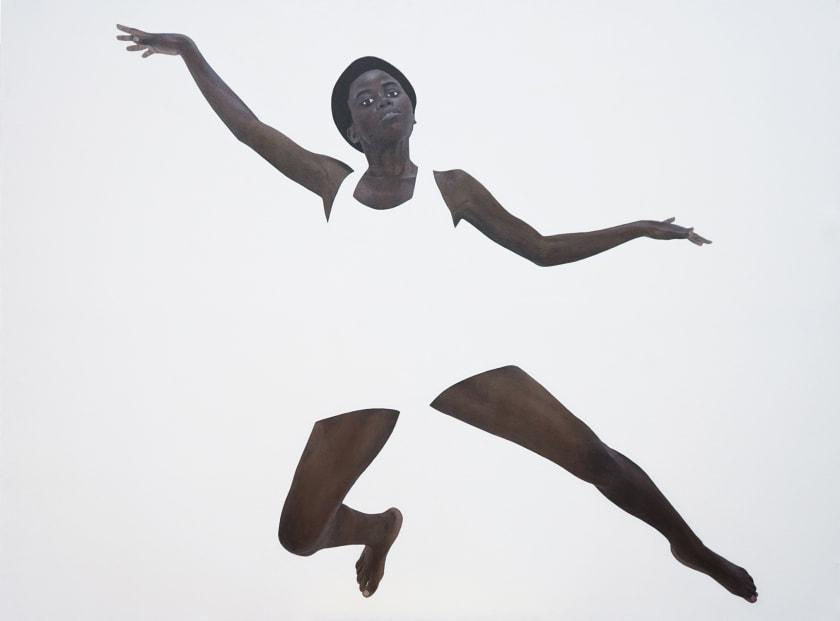 As I selected my shortlist for this feature on Art Basel Miami, to my surprise, I noticed all of the artists I was writing about were women. I was not trying to make a statement through my selection, so I think it is worth noting that galleries are evidently making a positive step towards including underrepresented groups, more broadly too. Of course, much can still be done in this trajectory. Still, if you compared the present day to the selections at the fairs just a few years ago, the limited diversity shown would undoubtedly paint a very different picture.

Maya Lin was recently named Wall Street Journal Magazine Art Innovator for 2021. As much an activist as she is an artist, her installations often draw the public's attention to the impact of our current state of environmental calamity. This year, she will be featured alongside Beatriz Milhazes, Jules de Balincourt and William Monk in a group display at Pace Gallery's booth.

One of the most poignant examples of her craft is Ghost Forest, an installation she created in New York this past autumn. Serving as the overpowering symbol of climate change's devastation, she installed 49 haunting Atlantic white cedar trees in Madison Square Park.

Critically tackling notions of site and place, Maya Lin creates objects that engage their audiences intellectually and physically while highlighting the presence of the natural world. At Art Basel Miami, the work presented at Pace will certainly be on a far smaller scale than her vast installations, but still, one to see!

Sonia Boyce OBE RA was recently chosen to represent Great Britain at the 59th International Art Exhibition at La Biennale di Venezia in 2022 – the first black woman to do so. Though this has inevitably resulted in a surge of interest in the artist's work, Boyce had initially risen to prominence in the early 1980s as a key figure in the Black Arts Movement with her figurative pastel drawings and photo collages that highlighted race and gender issues in the UK.

In 1987 she had become one of the youngest artists of her generation to have her artwork acquired by Tate (in 1987) and the first Black-British female artist to enter the collection. Since then, Boyce has expanded her practice to incorporate all mediums, including multi-media installations that promote a collaborative approach with her audience. In this way, she vocally questions artistic authorship and cultural differences. Head over to Simon Lee's booth to see works by this fascinating artist.

Continuing to showcase exciting emerging artists and galleries, the Positions section is always a highlight at Art Basel Miami. This year is no exception, as the area features 19 solo presentations. Afriart from Kampala is participating in the fair for the first time, featuring works by self-taught Tanzanian painter Sungi Mlengeya. Her portraits of women in Uganda are immediately recognisable as her detailed figures hover against pristine blank backgrounds. Mlengeya describes her work as offering 'a place of calm, free and detached from social norms and restrictions, real and imagined'. At the same time, her paintings bring to light honest questions concerning women and freedom in East African society.

Izzy Barber is a young plein air painter whose small-scale canvases are shaped by vibrant, pulsating geometric allusions to New York City's moods and architecture. Standing on the cusp between abstraction and figuration, her atmospheric works offer glimpses of busy train platforms, packed street fairs, public park gatherings and hectic road crossings. They act as little windows into the artist's world – specifically her local neighbourhood in Queens. I love her works because she manages to compress the hubbub of a vast metropolis into small canvases that simply vibrate with life.

Born in Ethiopia but living and working now in New York, Julie Mehretu's large compositions are like vortexes filled with spinning lines, shapes and colours. There is something so hypnotic about the web of spindly swirls and loops that intersect what appear to be underlying palimpsests. Sometimes her works remind us of landscapes – both old and new – but the wealth of inspiration ranges from politics, the media, music and literature. In this way, her works of art are an articulation of the contemporary experience.

Mehretu has received many prestigious awards, including the MacArthur Fellowship in 2005. More recently, she exhibited at the 58th International Art Exhibition, La Biennale di Venezia in 2019. That same year, a career survey opened of her work at the Los Angeles County Museum of Art and travelled to The Whitney Museum of American Art, New York (as well as other locations in America).

Bojana Popovic worked for nearly five years as a Specialist in Post-War & Contemporary Art at Christie's auction house in London, before starting her own consulting service with a strong emphasis on academic expertise and art market knowledge. She holds a Masters from The Courtauld Institute of Art and has worked at TATE Britain, The Serpentine Galleries, and as a Collection Manager for a distinguished private gallery in Zurich and Paris.

For the past year, alongside her consultancy, Bojana has been lecturing for Quintessentially, providing thought-provoking insights into Post-War and Contemporary Art for our Art Patrons. More information on her advisory can be found here.