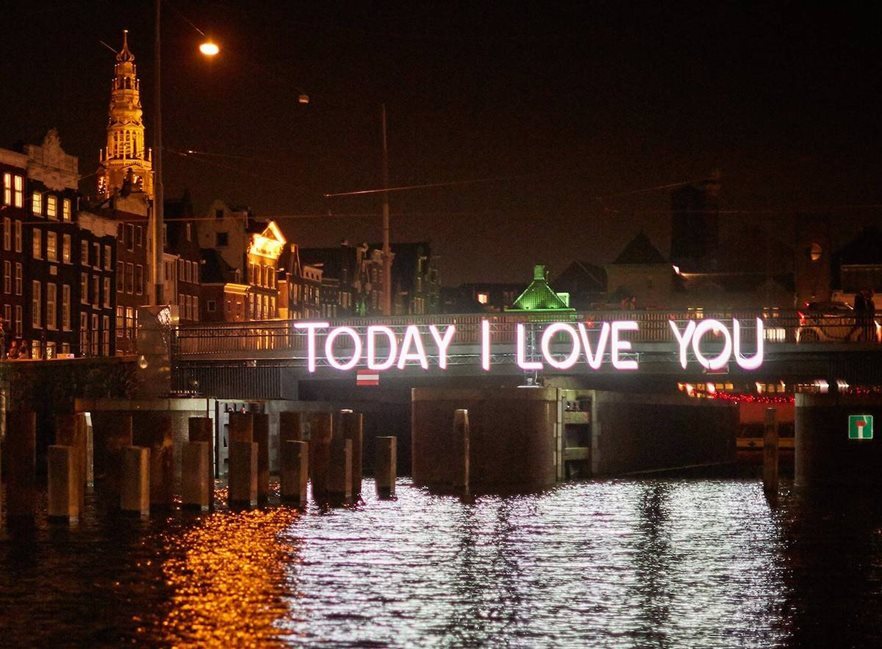 If you’re looking for an art and culture fix this holiday season, head to Amsterdam to be illuminated by the Light Festival, a showcase of works and installations by globally renowned and emerging artists, which runs until 20thJanuary 2019.

Experience the wonder of the Amsterdam Festival

There are three great ways to make the very best of the installations and art works: take a bike ride along the canal at twilight and catch the artists’ creations as, one by one, they light up for the night ahead (rather aptly, one work, designed by the renowned Dutch artist Jeroen Henneman, is a gigantic pair of modernist reading lamps). Then as darkness falls, get on board one of the many boats to get a view of things from the water. Or walk “home” using the art works as navigational markers - the canals of Amsterdam form a horseshoe shape, which seems to confuse even Google Maps.

For a taste of authentic Amsterdam while you take it all in, you could also opt for a dinner cruise that meanders through the city’s maze of canals. Most notably, the Dame van Amstel is a something of a stately beauty of a boat, as is the wood paneled De Swaen, either one of which would make for a memorable experience of the Light Festival.

If you’re keen to glimpse the favourites at this year’s festival, be on the lookout for Spider on the Bridge by the French art collective, Groupe LAPS, which consists of 80 spiders, each spanning two metres in width. LED programming cleverly makes the spiders “come alive” and appear to crawl around in quite spectacular fashion – just warn any arachnophobes in your party.

Elsewhere, a canal-side house delivers a worthy rendition of Van Gogh’s Starry Night by the Belgrade art duo Ivana Jelić & Pavle Petrović, while the Israeli artist Merav Eitan and German artist Gaston Zahr collaborate on a collection of giant, lit up dandelions – enticing visitors to make a wish as they float by.

The festival, which runs until 20th January 2019 does however carry a serious theme to it: “The Medium is the Message”. The most thought-provoking work on display is in fact the least flashy of the lot - a series of illuminated panels of text, which stretches 90 metres above the water line. Ode aan de Mol uses a mysterious text called Nuclear Semiotics, originally written by scientists at the American Department of Energy to deter future intruders from entering nuclear storage waste sites. The text also questions how we can tackle future issues that will stretch far beyond our own generations or civilisations. Each year, Amsterdam Light Festival as a foundation is responsible for the selection of the 30 artists featured. Its annual Call for Concepts campaign invites artists who keen to participate, to send in their concepts to tie in with the festival’s theme of the year. The festival’s curatorial team will then painstakingly work through every single one of the artist entries, whittling down the 800 or so candidates to around 150-200. Once the list has been slimmed down further to a mere 30, Amsterdam Lights Festival will then collaborate closely with each of the 30 lucky artists to create their concept, ready for light installation. The show is grabbing international attention for including the youngest and least established participant ever to be selected by the City of Amsterdam; Climate Artist Piet Hume, to whom, yes, I am related (he’s my nephew).

But you don’t need family connections to enjoy the Light Festival and Amsterdam has never been easier to get to or around. From London there is, at last, a direct city-to-city Eurostar and once there, Amsterdam now has a subway, which is super-fast, affordable and stunning; it is its own luminescent work of art. In fact, you could add a fourth way to see Amsterdam - go underground.

For more information on the Amsterdam Light Festival, the finest global art fairs of 2019, or our exclusive Art Patron programme, please contact our art specialists at art@quintessentially.com