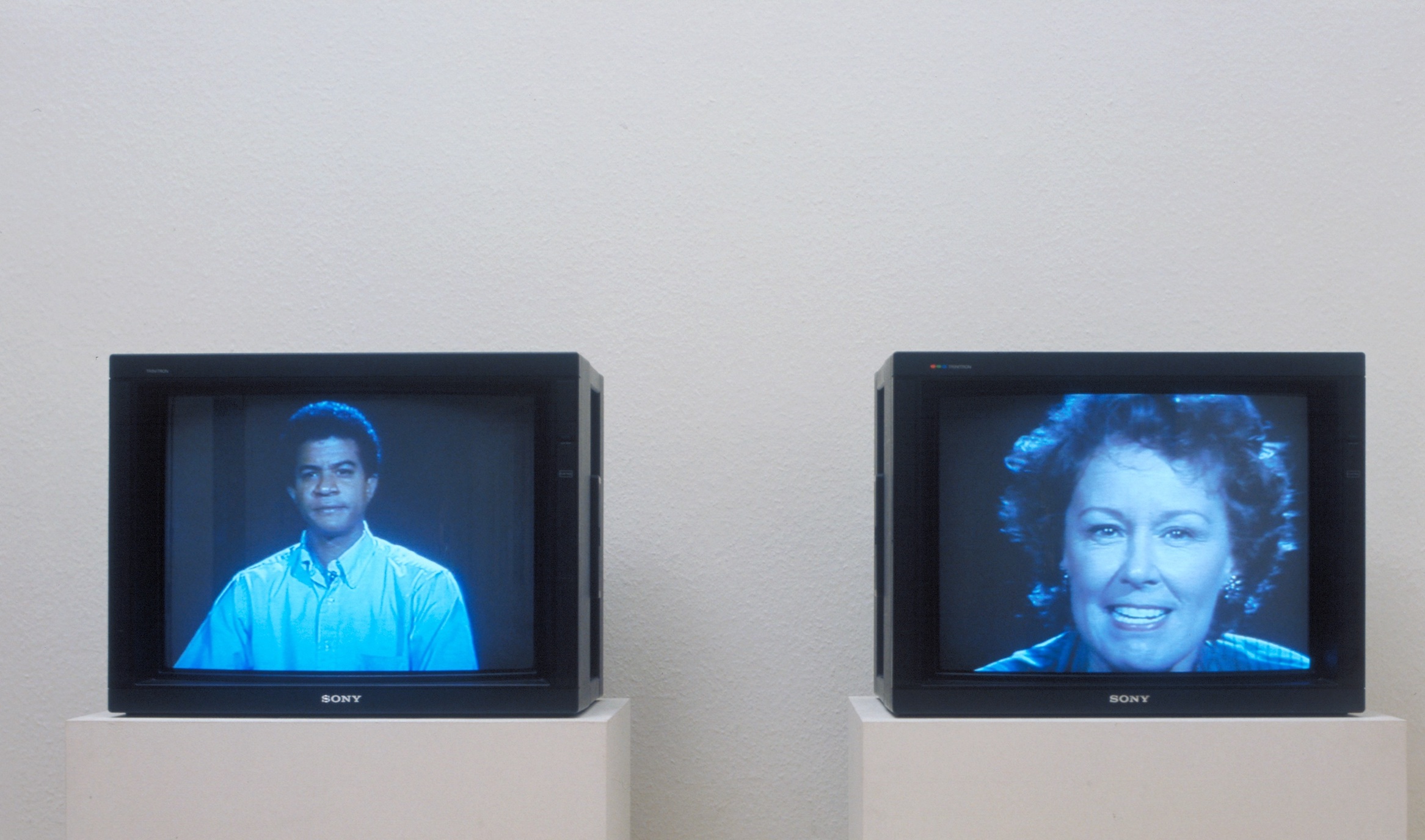 Discover an expansive show of this trailblazing American artist, opening this month at Tate Modern.

Having just opened last week, Tate Modern presents a significant show of pioneering American artist Bruce Nauman's work. Incredibly innovative, he has experimented dramatically with different materials and mediums; he often explores language and control in his work — although his subject matter indeed cannot be classified.

Having inspired a generation of artists during his half-century-long career, it's hard to define precisely how influential he's been. To better understand his impact and the depth of his practice, discover these five works, each of which are on view at Tate Modern. 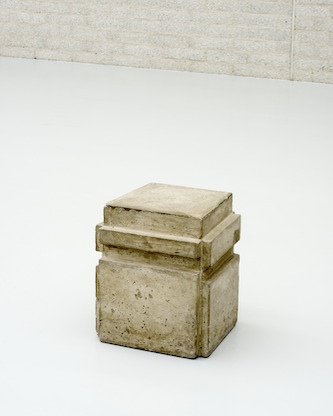 A Cast of the Space Under My Chair 1965–1968. Concrete. 445 x 391 x 371 mm. Kröller-Müller Museum, Otterlo, The Netherlands. Formerly in the Visser Collection. Purchased with support from the Mondriaan Foundation. © ARS, NY and DACS, London 2020

An apt example of Nauman's tendency to incorporate elements of performance into his works, this cement sculpture serves to draw our attention to the negative space which exists under a chair — typically overlooked as the focus is on the chair itself. Says Tate, 'This piece highlights Nauman's conceptual and often performative approach towards sculpture, the body and studio practice.'

Industrial looking and constructed of steel caging, this minimalist work of sculpture was created to invite physical participation (not an option during this exhibition due to social distancing measures). A cage within a cage, it beckons the sensation of being trapped, evocative of jail fencing, and what Tate aptly explains displays 'Nauman's interest in surveillance and societal control.' 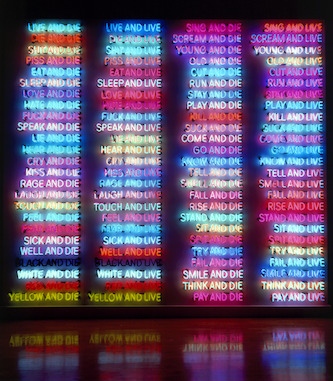 This commanding piece towers over the viewer, featuring four tall columns each with flashing neon words in grid format. 'Inspired by a chance encounter with a neon advertisement leftover in his San Francisco studio (a former grocery store), Nauman created several ground-breaking neon signs that combine text and colour to reveal the ambiguities beneath everyday phrases and expressions.' 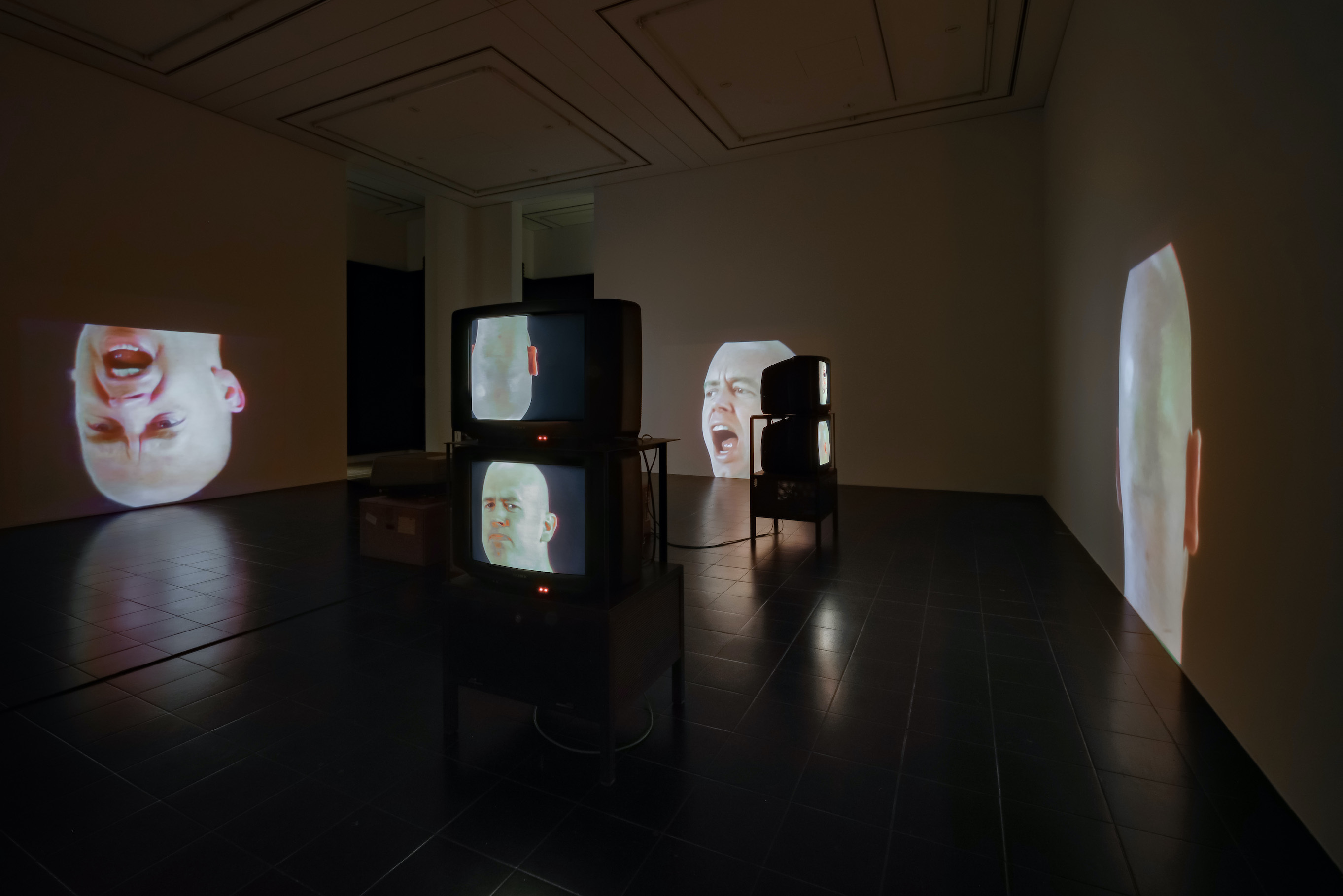 Very well known, this is an installation piece that is both aggressive and contemplative. Six monitors feature a disembodied head of a man (performer Rinde Eckert) repeating three phrases, provoking much thought in the viewer. Tate celebrates this piece for the interaction it forces upon the viewer. 'It reveals how Nauman consistently challenges the conventions of the gallery experience and confronts viewers directly with their own physical presence.' 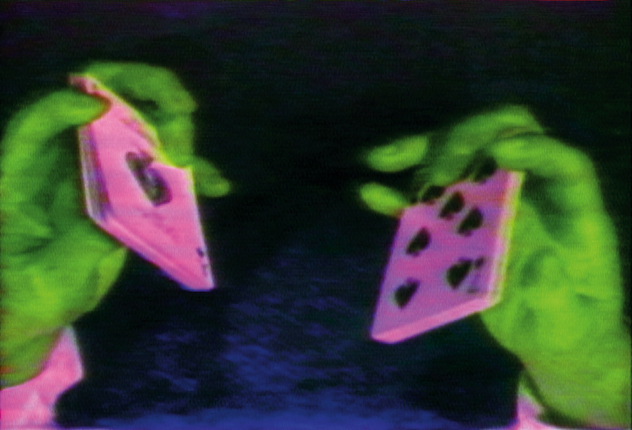 Set in the final room of the exhibition, the five videos in this piece are distorted, creating an eerie effect. Partially inspired by a Vegas performance he saw, Tate says it explores 'the themes of bodily presence and human perception that have engaged Nauman throughout his career.'

Bruce Nauman will be on view at Tate Modern until 21st February 2021. All images are courtesy of Tate Modern. For further information on Quintessentially's Art Patrons programme, please contact us here.