A visit to the 2022 Venice Biennale The 59th International Art Exhibition opened in Venice on 23rd April and firmly announced the reopening of the art world. FRIEZE London in October 2021 certainly generated the feeling of a tentative step towards life after covid. Still, the Biennale was the sunshine-filled, exuberant display of life, love and art that showed us exactly what we were missing all of these months.

The Biennale stretches across two key locations – the Giardini and the Arsenale; however, palazzos, terraces and winding streets across the city provide glimpses of art installations everywhere you look. The Milk of Dreams exhibition unfolds in the Central Pavilion of the Giardini and the Corderie, Artiglierie, and the outdoor spaces of the Gaggiandre and Giardino delle Vergini at the Arsenale section of the Biennale. Including over two hundred artists from 58 countries, for the first time in its 127-year history, most of these are women and gender non-conforming artists. This massive project is curated by Cecilia Alemani, the first Italian woman to hold the position. It intends "to give voice to artists to create unique projects that reflect their visions and our society" and will remain until 27th November. 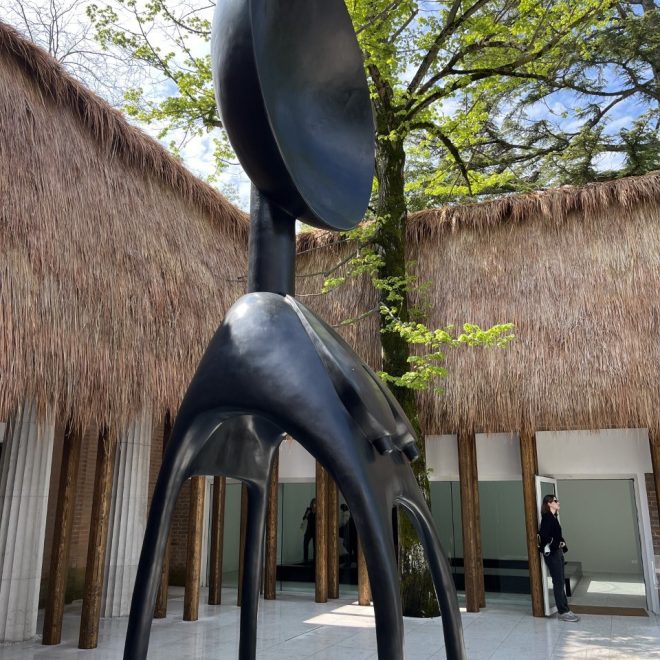 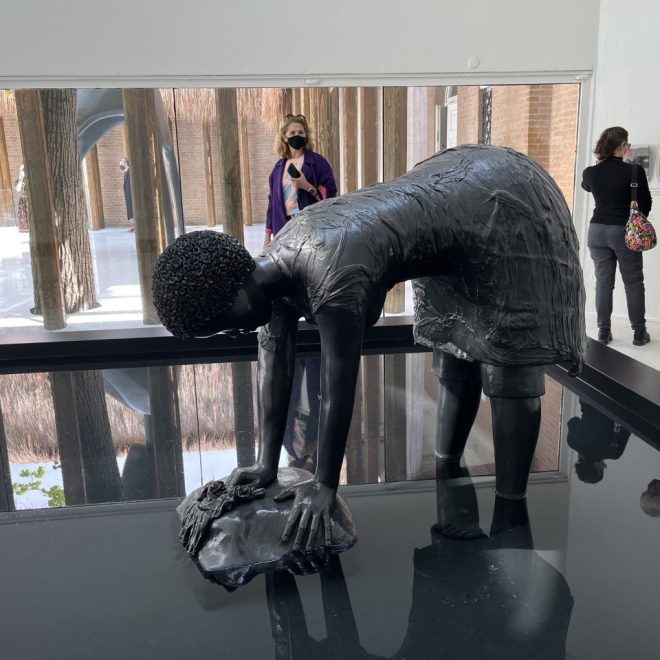 One of the main chambers of the Central Pavilion holds a triad of imposing canvases by Jadé Fadojutimi, in close conversation with those by Christina Quarles. A riot of colours explodes and gives way to the fluidly contorted figures that define the latter's practice. Meanwhile, a darkened entry just off this display lures visitors into the mysterious world of Paula Rego's narrative compositions hanging beside some of her dream-like sculptures that appear mirrored in her pastels.

Beautifully curated, the Central Pavilion was everything it ought to be after a three-year (rather than the typical two years) pause since its last rendition. Though many of the pavilions dotted around it also stood out for embracing a distinct message or aesthetic, a few left a particularly resounding effect on me. Winner of this year's prestigious Golden Lion Award for Best National Participation, Sonia Boyce, showcased her multi-media installation titled Feeling Her Way in the British Pavilion. The combination of video, sound, wallpaper and sculptural objects focused on the dynamics between people. Emma Dexter, director of visual arts at the British Council and commissioner of the pavilion, said: "Boyce's work celebrates overcoming difference and division through creative collaboration and dialogue – now needed more than ever in these challenging times." 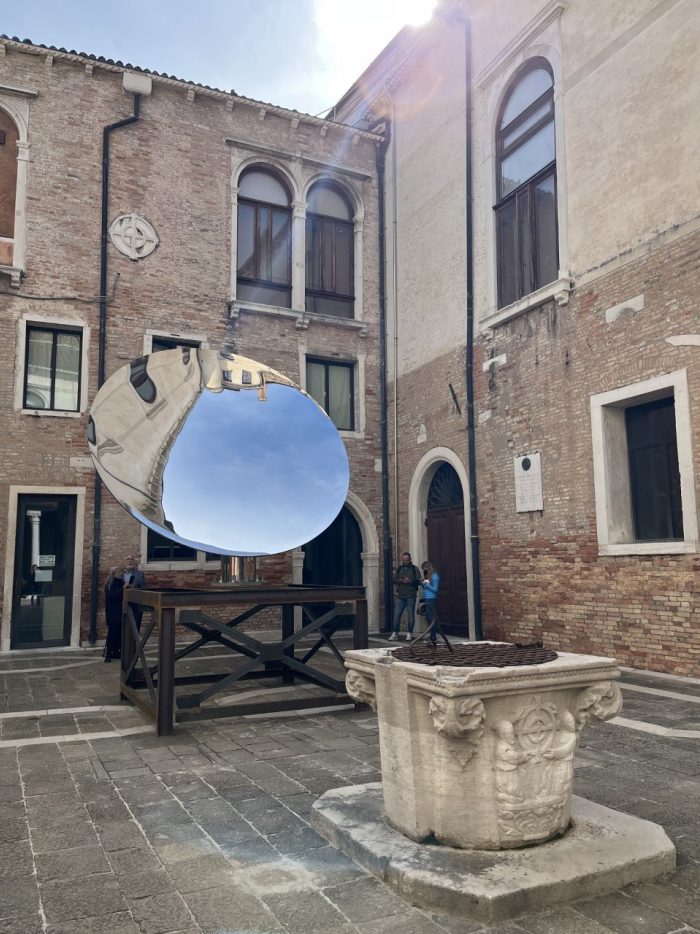 Boyce is the first black woman to represent the UK at the Venice Biennale. She fills the rooms of the pavilion with sounds of voices and music – sometimes harmonising, sometimes clashing – thus, embodying feelings of freedom as well as vulnerability.

Meanwhile, also for the first time, the US Pavilion is dedicated entirely to the experiences and contributions of Black women, as shown through a new body of work by American sculptor Simone Leigh. Featuring monumental figurative sculptures in bronze, ceramic and raffia, many of the works interrogate the extraction of objects from across the African Diaspora and their circulation as souvenirs in service of colonial narratives. The exhibition's title, Sovereignty, speaks to powerful notions of self-governance and independence, of not being subject to another's authority, desire or gaze. 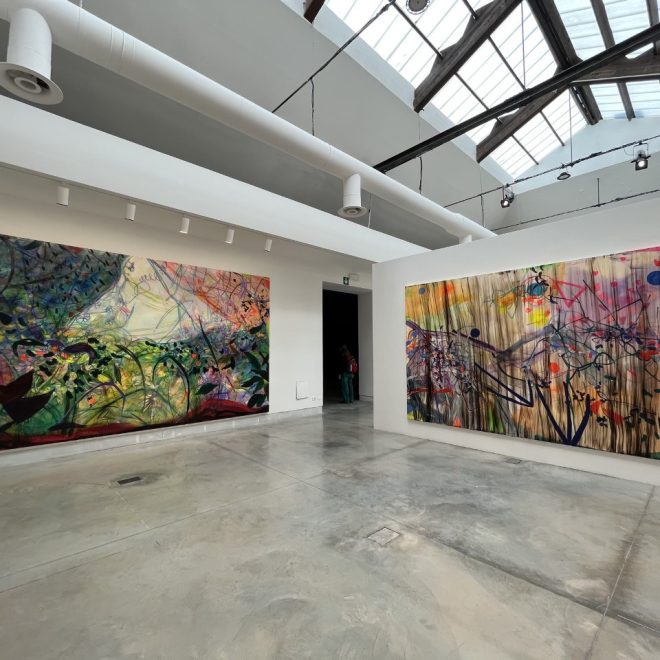 This year the Nordic Pavilion changed its name to the Sámi Pavilion to recognise its indigenous population. It marked the first time an indigenous nation took over a national pavilion at the Biennale. Sámi artists – Pauliina Feodoroff, Máret Ánne Sara and Anders Sunna – combined traditional artistic mediums with the smells and sounds of the tundra in their immersive installation.

From the technologically awe-inspiring creations pulsating in the Korean Pavilion to the meditative video pieces that made up the Serbian Walking with Water exhibition, the Pavilions were immensely eclectic and didn't fail to excite. But, the art extravaganza didn't end there. Voyaging just a bit further into the city centre offered the chance to see some remarkable exhibitions, such as Marlene Dumas' major monographic show at Palazzo Grassi, a site-specific installation of paintings by Anselm Kiefer in the spectacular Palazzo Ducale and Anish Kapoor's explosions of paint at Gallerie dell'Accademia. If you go to Venice to see the Biennale, try not to simply go for a weekend whistle-stop tour like I did; instead, leave enough time to immerse yourself in the city and all it has to offer.

All photos and words by Bojana.

Bojana Popovic worked for nearly five years as a Specialist in Post-War & Contemporary Art at Christie's auction house in London before starting her own consulting service with a strong emphasis on academic expertise and art market knowledge. She holds a Masters from The Courtauld Institute of Art and has worked at TATE Britain, The Serpentine Galleries, and as a Collection Manager for a distinguished private gallery in Zurich and Paris.

For the past year, alongside her consultancy, Bojana has been the key Art Advisor for Quintessentially, providing thought-provoking insights into Post-War and Contemporary Art for our Art Patrons.

More information on her advisory can be found here.