A Virtual Journey To Morocco

As lockdown continues, Quintessentially Travel takes us on a virtual journey to Morocco. This inspirational trip is one of their favourites—follow along to bring this destination alive in the comfort of your home.

First, we’ll visit the enchanting city of Chefchaouen that sits under the red peaks of the Rif Mountains. Known for the beguiling blue-washed buildings of its old town, spend two days wandering through the medina’s winding streets, hiking in the hillside and learning about the local Berber culture.

The next three nights will be spent in Fez, Morocco’s imperial city. Here you will gain a deeper understanding of the history of this vibrant country, taking in the incredible ancient architecture and exploring the city’s bustling souks. This is a real taste of authentic Morocco. Check out the full itinerary here. 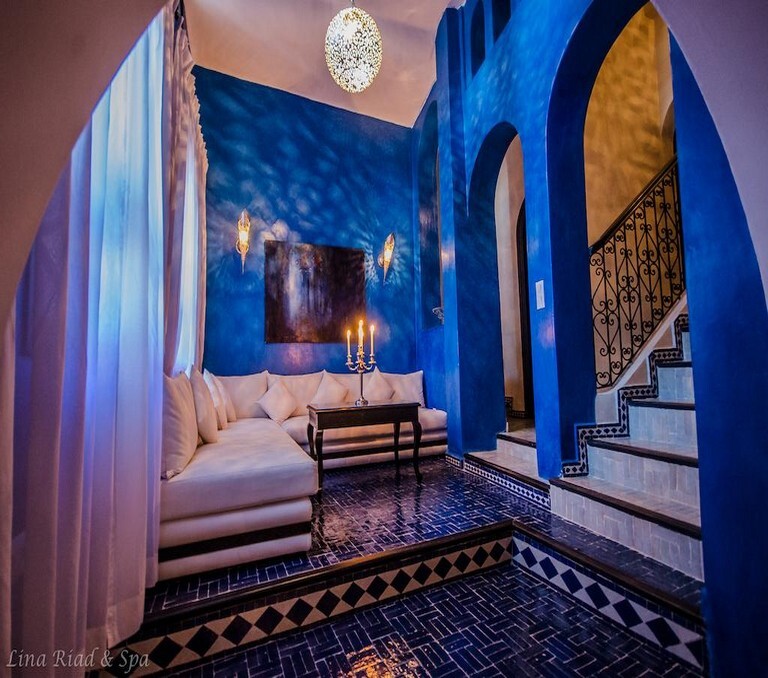 Your first stop is Lina Riad & Spa. Located in the heart of Chefchaouen’s blue city, this charming, boutique retreat offers a peaceful oasis away from the busy medina. After a day of touring the city streets, treat yourself to a traditional Hamman in the spa or a dip in the indoor pool. Visit the roof terrace for a ritual mint tea, taking in the beautiful views over the city and the dramatic mountain range that surrounds it.

Your second stay is at Riad Fes, an intimate Relais & Chateaux hotel in the Fes medina. Here, the old world meets the new in the riad’s sumptuous style combining traditional Morocco with the opulence of Andalusia, complete with ornate tiles, stucco arcades and marble fountains. Visit the spa, and head up to the roof for a sunset cocktail with panoramic vistas over Fes. For dinner, try a flavour-filled tagine. 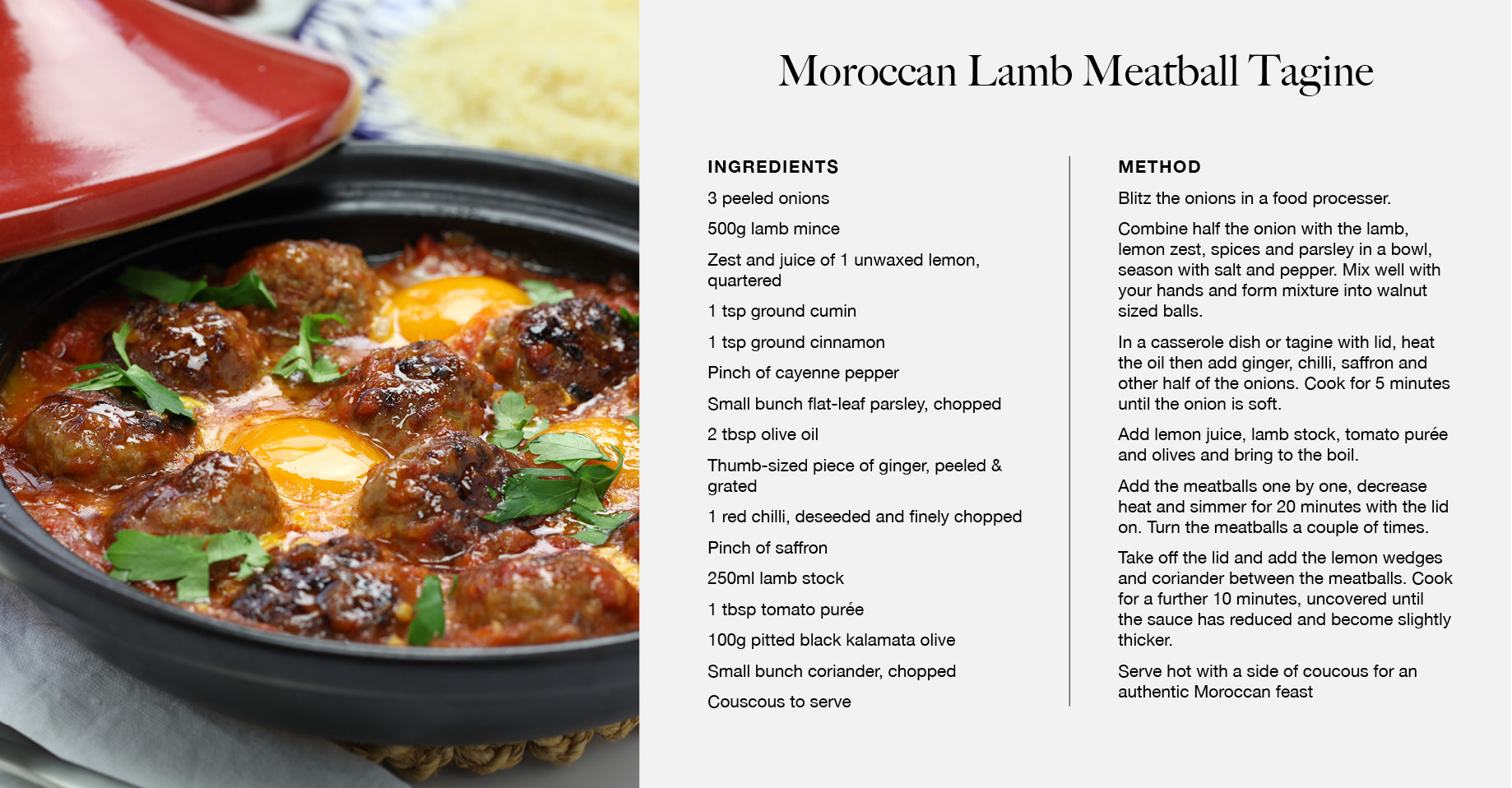 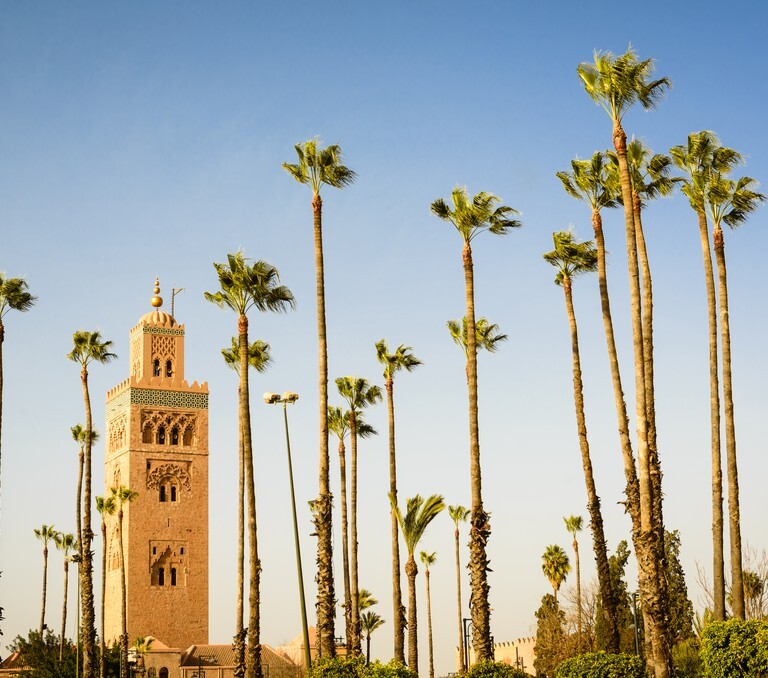 Shot on the streets of Marrakech, ‘Alexander’ is an epic and dazzling biopic about Alexander the Great, the ruthless Macedonian king. Starring Angelina Jolie and Colin Farrell, the story details Alexander’s legendary rise to power as he pushes unprecedented limits, conquering the majority of the known world by the age of 32, until his vast empire’s eventual downfall. 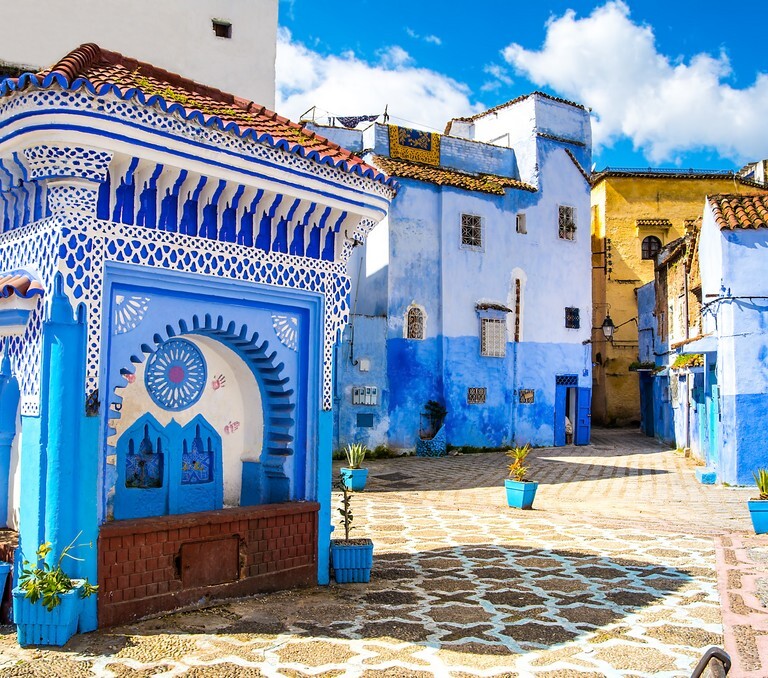 Babel follows four groups of people on three continents whose lives are intertwined through a series of misunderstandings. An accident connects a wealthy couple from the States holidaying in Morocco, their Mexican nanny, two Moroccan goat herders, and a Japanese widower and his deaf-mute teenage daughter–all against a backdrop of tragedy and trauma. A compelling look at how interlinked humanity is.

The fifth in the Mission: Impossible series, this Tom Cruise action film is set in various locations throughout Marrakech. The CIA is hunting Ethan, Cruise's character, after the IMF intelligence agency–of which Ethan was a key member–has shut down. It’s a race against time for him to prove the Syndicate, a rogue and mysterious terrorist organisation, exists, and to eradicate them before their next attack. 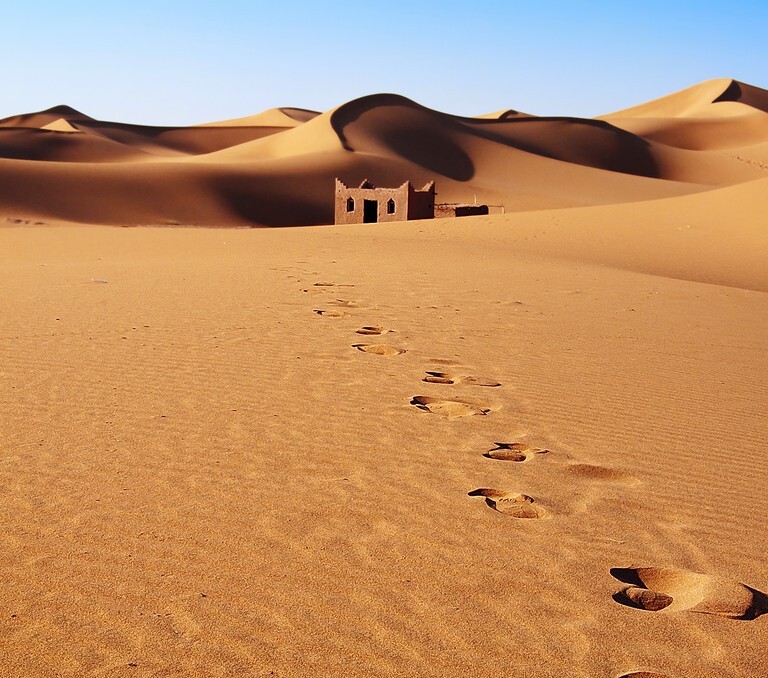 This autobiographic novel by Esther Freud (daughter of painter Lucian and great-granddaughter of psychoanalyst Sigmund) describes her unconventional upbringing in Morocco during the 1960s. She moved with her mother and sister when she was five years old after her mother felt disenchantment with her lacklustre life in England.

The Sheltering Sky by Paul Bowles

In his psychological narrative, Paul Bowles examines alienation and existential fear as an American couple and their friend travel to North Africa after the Second World War, looking to escape their lives back home. Heading to the desert but uncertain of where precisely the trip will take them, they face a danger that coupled with their ignorance, and unfamiliar surroundings ultimately lead to a battle for survival.

The Blue Hour by Douglas Kennedy

This thriller tells the story of Robin, a scrupulous accountant who reluctantly agrees to travel to Morocco with her husband Paul, an artist and university professor who is twenty years her senior. Her lack of enthusiasm dissipates as she is immersed in the colourful world of Morocco where old and new combine in magnificent strangeness. That is until Paul disappears without a trace and Robin finds herself at the centre of the police enquiry. She is forced to embark on a perilous journey for truth, discovering all is not always as it seems. 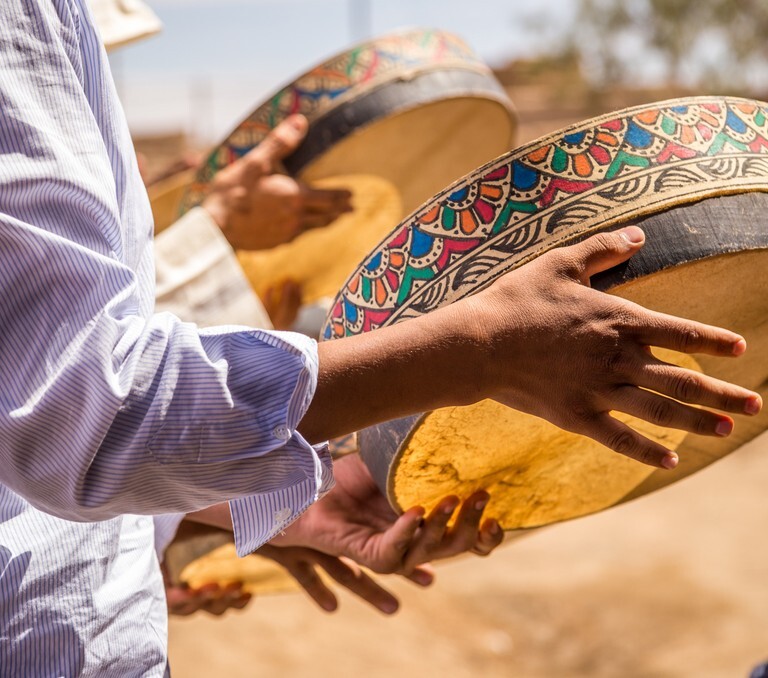 Brian Jones Presents the Pipes of Pan at Joujouka

Recorded in Morocco by the Rolling Stones’ Brian Jones, this live album spotlights the Master Musicians of Joujouka performing during the annual Rites of Pan Festival. This traditional Moroccan music creates hypnotic sound through the use of percussion, pipes and vocal chanting. The mesmerising tones of this record are considered an early predecessor of trance.

French lute player Titi and Gnawa bassist, drummer and singer Medhi team up to record this beautiful and original album which blends a range of cultures as they combine Moroccan traditions with Mediterranean sounds. 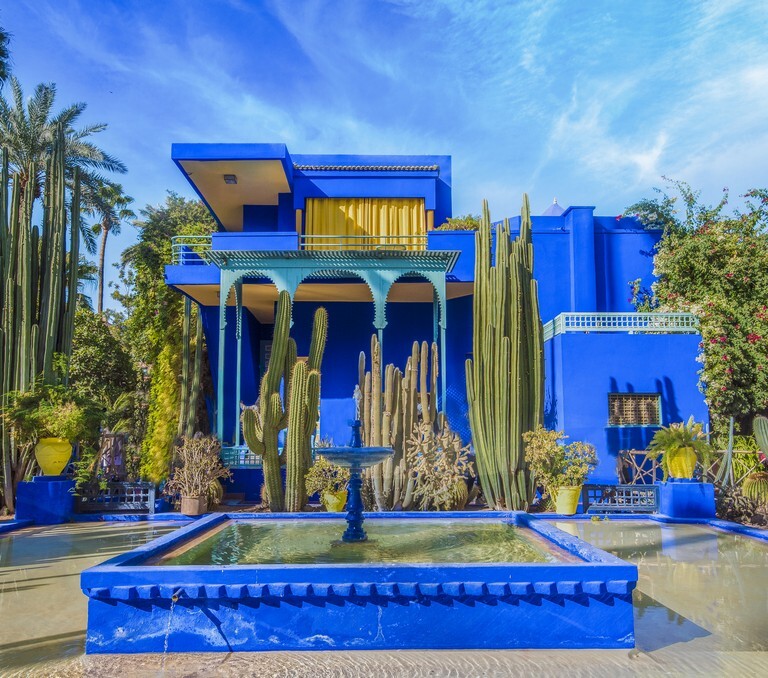 This memoir by Pierre Berg celebrates his cherished life and business partner, the late Yves Saint Laurent. The memoir is a glimpse into the personal life of YSL, showing photos with his (often famous) friends portraying the chic and fashionable lifestyle he led in his beloved adopted home of Morocco.