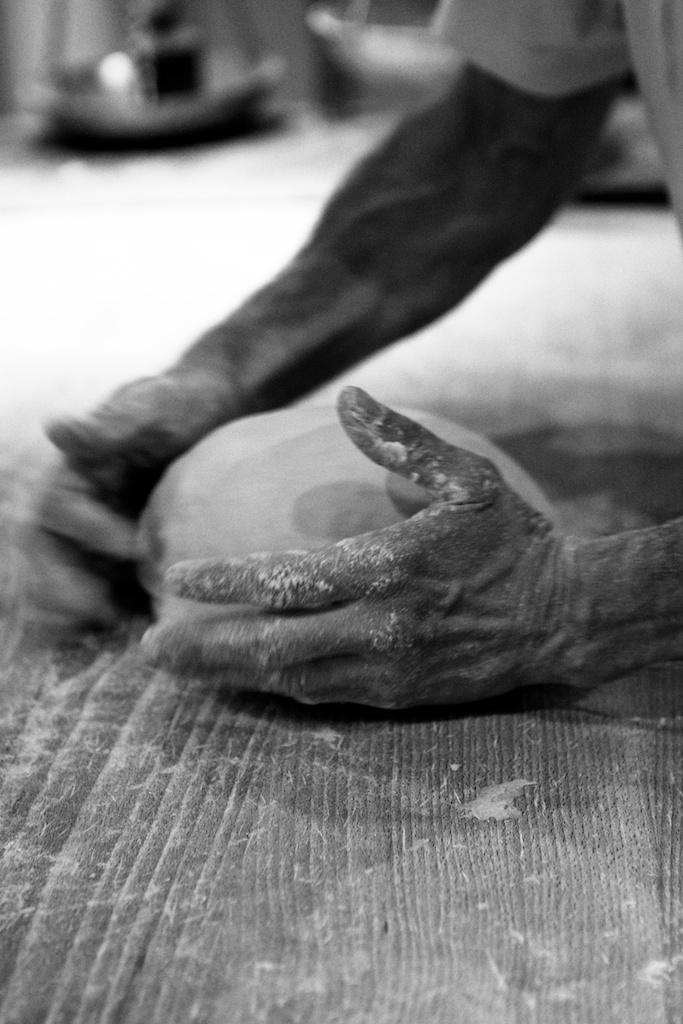 Harvard’s economics undergraduates may have many ambitions, but baker is probably a fair way down the list. Not so for Apollonia Poilâne, who graduated from Harvard with an economics degree in 2007. Apollonia’s grandfather, Pierre Poilâne, founded Paris’ most famous bakery, Poilâne, in 1932. As she explains in her new book, Poilâne: The Secrets of a World-Famous Bread Bakery, the bakery uniquely produced naturally leavened sourdough loaves, deep in flavour, and tangy with acidity. Apollonia’s father, Lionel, took over in the 1970s, popularising his bread beyond the bakery and into the art world—he collaborated with Salvador Dali on bread sculptures—eventually exporting Poilâne’s two-kilo round, country loaves, or miches, around the world.

Unfortunately, Lionel’s career was cut tragically short on October 31, 2002, forcing Apollonia to the head of the company. “I was home alone that afternoon, having returned from my part-time job at the Gap, something I did to get a little distance from the bakery and feel more like a normal teen,” she writes in her new book. “My parents had left earlier in the day to go to our family home on Île-des-Rimains. When the phone rang, I assumed they were calling to let me know they arrived. Instead, it was one of my parents’ friends. My father’s helicopter had crashed into the sea off Brittany. Both my parents were killed. I was eighteen.”

Thankfully, she had been working with Poilâne’s employees for some time and was well-placed to raise the bakery to even greater heights, catapulted by its world-famous sourdough. So, what’s the secret? Here are a few insights from her new book.

The term and method are pretty simple, explains Apollonia. “The word ‘sourdough’ refers both to the bread and to the starter, a ferment used in place of packaged yeast,” she explains in her new book. “At its most basic, a sourdough starter is made with flour combined with warm water. As the mixture sits, friendly bacteria, as well as the wild yeasts living on flour and in the bakehouse, work together via fermentation to make the bread rise and give it a complex, rich, slightly tangy flavor. Our sourdough is kept alive by reserving a piece of dough from each batch to serve as a starter for the next.”

Ready to bake? Then turn the heating up (and maybe slip on a t-shirt)

A warm kitchen makes for better bread, says Apollonia. “The optimal temperature for mixing and proofing sourdough is one where you feel warm enough to work while wearing a T-shirt: 68°F to 77°F (20°C to 25°C). If your kitchen is too warm, doughs will rise quickly, and rising too much can cause the bread to collapse during baking.”

How to start a starter

Your starter might be a little different from Poilâne’s own, as it all depends on the benign microbiology thriving in and around your ingredients. “A sourdough starter is created by mixing flour and water and allowing the wild airborne yeasts and (good) bacteria that live on the flour to thrive and multiply. As the starter begins to ferment, the yeasts feed on the sugars in the flour, converting the carbohydrates to bubbles of water and carbon dioxide, which both expand the dough during the proofing period and create the characteristic tang.”

Go with your instincts

Although Apollonia’s new book includes plenty of recipes, Poilâne’s bakers don’t use them, and, once you’ve mastered your dough-making, you could make it on your own. “When it comes to measuring ingredients, it’s best to rely on weight, but it’s important to trust your instincts and your experience as well,” writes Apollonia. “Sometimes your dough may need a little more water; other times, a little more flour. Take notes when you make bread, marking down the time of day, the weather, the temperature in the kitchen. Include your impression of the dough.”

While Apollonia advocates high-quality flour and salt, she doesn’t recommend high-end mixers or kneading machines. “I strongly suggest mixing your sourdough by hand to literally get a feel for it from start to finish. If you do use a mixer, stop it occasionally and check the dough for elasticity: Generously flour one hand and, using all your fingers, gently pinch the dough and pull some away.”

Poilâne’s loaves take a couple of days to make and to make a starter from scratch taker 24 hours, which is while Apollonia advises prospective bakers to have patience and pay attention to their dough. “In time, your eyes will know before the clock or timer that your dough has risen enough and is ready to be baked.”

Poilâne: The Secrets of a World-Famous Bread Bakery by Apollonia Poilâne is out now, published by Houghton Mifflin Harcourt

Want to make bread? Contact your luxury lifestyle manager for enrollment in a class, or general advice.