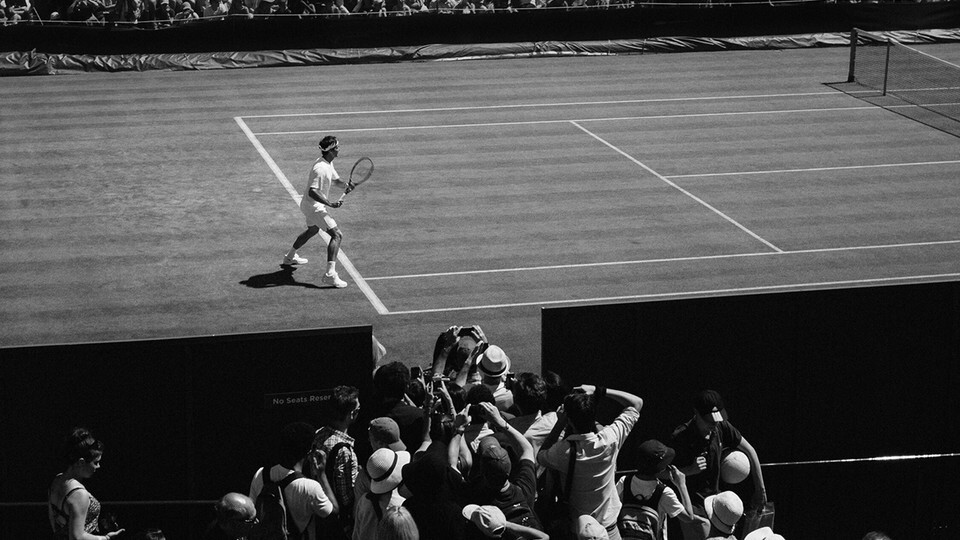 Boyd Farrow runs through the eye-watering cost of taking a child from the first day on the court, all the way to the top.

The richest purse in tennis will be even fatter this summer, with prize money at the 50th US Open in New York (27th August – 9th Sept) reaching a record $53 million. Winners of the men's and women's singles champions will each earn $3.8 million, an increase of $100,000 from 2017.

While this may sound rather thrilling for every kid thwacking a ball in the back garden with a Wilson Burn Series Junior racket, a less bandied-about figure is how much it costs to become good enough to enter the tournament. For, the irony is, the amount of cash it could take to nurture an Open contender is almost the same as the prize money to win the tournament.

Every would-be Serena or Roger—or more importantly, their parents—should know that for professional players, development should start when they are five years old. A private weekly lesson at that age would total around £2,000 a year. Over the next three years this figure will rise to around £10,000 in total for group sessions and equipment. And between the ages of nine and 11, Little S or R will cost their parents more than £30,000 for training to national level, at three practice and two coaching sessions a week. This also includes travel to and entry for 11 UK tournaments a year—and the parent's loss of earnings while they're taking Little S or R around the country.

Happily though, this is the bargain phase. During the next two years, parents will be set back at least a hundred grand, as private tuition gets more expensive, physiotherapy will now be required for tennis elbow, and 12 and 13-year-olds will compete in seven Tennis Europe tournaments and three to five UK tournaments a year.
At 14, Little S or R may need a year at a tennis academy, such as Mouratoglou Tennis Academy, on the French Riviera, whose most famous protégé is the real Serena Williams. Or the Rafa Nadal Academy in Mallorca, run by Toni Nadal, long-time coach and uncle of 15-times grand slam winner. Or the IMG Academy in Florida, which has developed 10 world No. 1 players, including Maria Sharapova and Andre Agassi. Tennis and regular tuition, equipment, parental visits—and competing in seven European tournaments - and equipment, will easily cost more than £100,000.

Regardless of how they are progressing, when Little S and R are between 15 and 16, their parents should be living on vintage champagne and caviar. For these are the last of the cheap years. A hundred grand should cover coaching, equipment and attending seven Tennis Europe and five UK tournaments a year.

Hopefully, between 17 and 18, Little S or R will now be a performance player, competing in 40 to 50 tournaments per year. The downside is they will be travelling with their coach or parent. Add up coaching costs at £45,000, physio at £15,000, travel and hotels at £130,000, plus parent's salary loss and you won't get much change from £400,000 over the two years. During the following two years, however, those expenses can be easily double, as coaching intensifies and a nutritionist, a PR agency and a sponsorship manager join the mix. Better budget £800,000 to be safe.

If you think your child has what it takes to play tennis at international level, or you'd like to simply sharpen their talents at grass roots, why not contact your Lifestyle Manager to see how Quintessentially can help.