Leading Respiratory Physician at the Royal Brompton hospital, and Director of Sleep Medicine at OneWelbeck and Chelsea and Westminster Hospital, Dr Suveer Singh, details the importance of sleep to our overall health, alongside some simple advice on how to sleep better to lower stress and improve quality of life.

KA: Why do we need sleep?

SS: Here we have several evolutionary theories. The most well-known idea is that sleep allows the brain time and space to ‘recover’ and process recently experienced events, to form new or strengthen old connections between parts of the brain that presumably offer an advantage for the day ahead. Analogies offered include the ‘downtime’ being like a computer in sleep mode; allowing clearing of unnecessary information to improve its processing capabilities.

There is some evidence from research that certain channel structures in the brain (at least in rats) clear waste chemicals. Furthermore, the development of new planning capabilities is another presumed function. From an evolutionary perspective, sleep would have been counterproductive to the primary goal of survival—e.g., alertness to prevent an attack from predators—so, why then would sleep have evolved into a normal part of human and animal life? The answer may lie in the
balance of essential and desirable factors that would govern safety and development, meaning some risk is necessary to allow the brain to recover and reset to enable more effective functioning and progress. These are fascinating philosophical questions which social anthropologists pour-over, that scientific research still is striving to answer sufficiently.

We know from personal experience that poor sleep can affect alertness, daytime performance, mood, eating habits and general wellbeing. It also increases the likelihood of higher heart rates, blood pressure and higher glucose levels. This can translate over time into more significant risks of heart disease, stroke, memory loss, depression, and other negative consequences. However, there is sufficient evolutionary resilience in the system to cope with these fluctuations in sleep
variation and physiological changes, so short term changes are unlikely to have long term consequences. However, if the sleep deprivation is sustained, prolonged or chronic, then adaptation to a new state may be insufficient to prevent these consequences over time.

Uncertainty lies in which individuals are more susceptible to the long term risks of poor sleep, and why not everyone seemingly at high risk of the adverse effects of sleep deprivation develops them. There is good evidence of increased production of hormones associated with stress in those with reduced or disrupted sleep. This may again be an evolutionary effect of the protective effect of alertness through wakefulness. The ‘readiness and preparedness’ for an attack, the so-called
‘fight and flight response’ is demonstrated at the molecular level through an increase in gene product expression of inflammatory proteins and stress hormones (e.g. adrenaline, cortisol). Certain inflammatory molecules are associated with increased heart rate, blood pressure, amongst other effects. Over time these may be one crucial link between poor sleep and heart disease, neurodegenerative brain diseases, and even obesity.

Sleep science and research has changed dramatically over time. What is the current opinion on sleep debt and other mainstream theories?

Chronic sleep debt affects immune function. Studies in laboratory rat studies of prolonged sleep debt have shown reduced immune function and increased risk of death from infection. In studies of young student volunteers who were not sleeping more than 4h over six days, there was a reduction in antibodies to influenza vaccination (implying a reduced immune response) and increased insulin resistance (a precursor to diabetes mellitus).

Studies of sleep deprivation in healthy volunteers ascribed to sleep groups of 8h, 6h, 4h, and no sleep at all led to reduced alertness, reaction times and cognitive function in the 4h group to the same extent as the no-sleep group had experienced after one or two sleepless nights. Over two weeks, the 4h and 6h groups lost the ability to recognise excessive sleepiness despite their alertness and performance declining.

The groundbreaking work on chronobiology, in particular, the genetic basis for the circadian rhythm, is recognised by the Nobel Prize in Physiology and Medicine having been awarded to Jeffrey C. Hall, Michael Rosbash and Michael W. Young in 2017. Thus, with high precision, the inner clock adapts human physiology to the dramatically different phases of the day. The clock regulates critical functions such as behaviour, hormone levels, sleep, body temperature and metabolism. It is similarly so in the animal and plant kingdoms, the work initially being done on fruit flies. In humans, the study of the effects of alterations in the circadian rhythm of shift workers has helped in the work on insomnia and its potential therapies. Resetting a normalised sleep-wake schedule remains a crucial component to this goal.

Is sleep gender or age-specific, or is it generalised across all humans?

Sexual dimorphisms exist in sleep. The scientific basis has not been adequately elucidated but continues to be studied. Females are influenced by cyclic sex hormones that may affect sleep–there is evidence of such cyclic changes during the phases of the menstrual cycle, pregnancy and menopause. Much is explained teleologically. Thus, research in rodents demonstrates consistently reduced sleep during ovulation. During early pregnancy, there is increased sleepiness. It is thought that sleepiness is acting as a protective mechanism for breeding. Whilst the fall in estrogen during menopause is partially responsible for reduced duration and quality of sleep; it may be partially restored by hormone replacement therapy. The hypothalamo-pituitary-adrenal axis is thought to influence rest differently in females than males. Growth hormone release and effect is more active in males, facilitating improved sleep.

Do you have any simple recommendations as to how we can improve our sleep hygiene for a better night’s rest?

We generally need between 6-9 hours of sleep. However, modern-day living stretches wakefulness and squeezes sleep opportunity. This can become habitual, thus becoming an essential component of our sleep debt, often by stealth.

One can look at three simple categories to consider and optimise where possible. Other factors, such as medical illnesses, may impact sleep quality and should be addressed through medical consultation if the below measures are not offering the desired results.

These represent some key elements for improved sleep. Everyone will have opportunities to influence at least some of these. Addressing the issues adequately can have a substantial impact on your quality of sleep.


Quintessentially members are invited to attend a special lecture with Dr Singh in an exploration of the effects of stress on the way we sleep and our overall health at OneWelbeck on 21st January 2020. To enquire about membership, contact us here. To learn more about OneWelbeck, please visit their website. 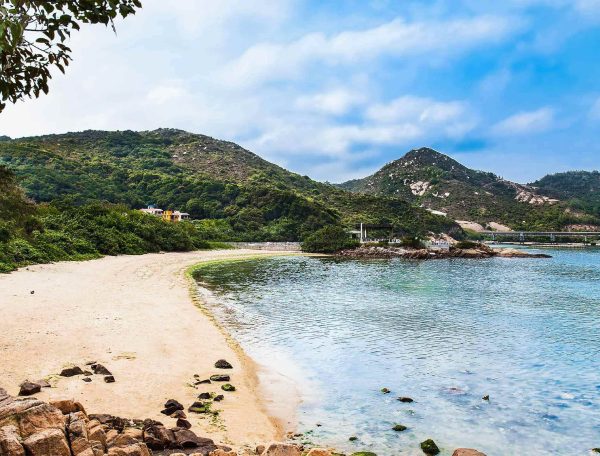