Is Barry’s Bootcamp Really the Best Workout in the World? 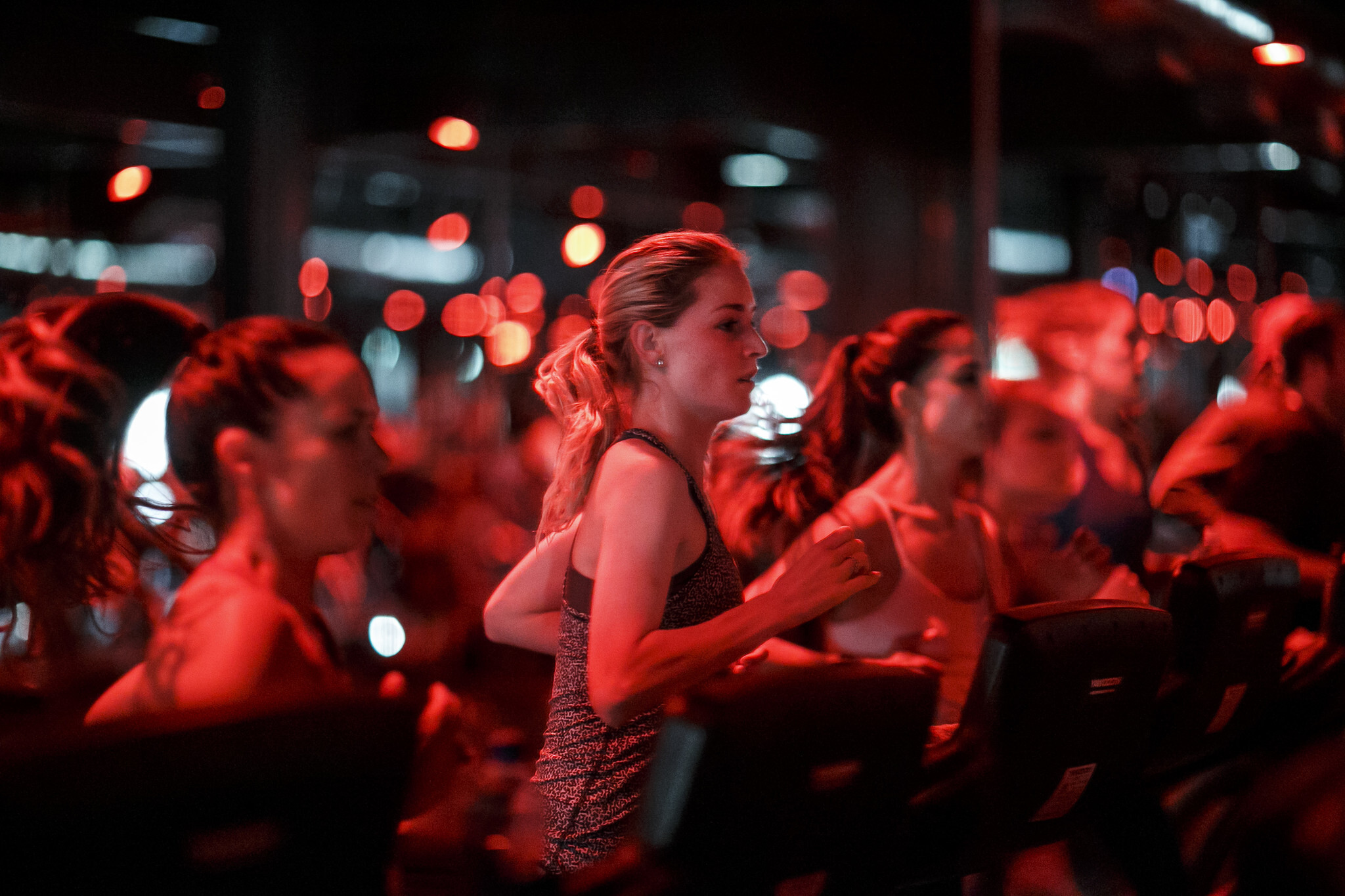 Barry's Bootcamp has scientifically engineered the perfect workout which maximises calorie burn through intervals of high intensity cardio and strength training exercises. The effectiveness of the workout has taken the world by storm since its original opening in Los Angeles, U.S.A. Now with three locations in London and an endless stream of raving regulars, we sent our Partner Liaison Manager Lenai Despins to investigate the hype.

'Barry's Central is conveniently tucked away under Euston Road, and the sound of traffic faded further and further with each step I took in my descent towards the underground fitness haven. It seemed the lack of windows and vibrant lights were to entice fitness addicts the same way a casino spellbinds gambling addicts; in Barry's the outside world is irrelevant because it's always crunch time on the inside.

Although a total stranger to them, the staff greeted me like I had been a regular at Barry's for years. Humouring me with light banter, they demonstrated how to use the electronic lockers, handed me a towel and asked if I would enter the studio 5 minutes before the class for a quick induction.

I met Shannon, the chirpy class instructor, promptly at 9:55 a.m. The training studio reminded me of a club dance floor except it was furnished with twenty treadmills and weight stations running in neat parallel lines across the room. Shannon told me not to worry as he goes easy on the newbies, and with a suspicious smile turned to invite the repeat offenders to join us in the studio signalling the start of the session.

The class was split in half, myself and 19 others to start on the treadmills while the rest began with weight training on the floor. Shannon gave the running group a choice of 3 speeds: the first for beginners, the second for intermediates and the last for the overachievers. As a seasoned distance runner I opted for the intermediate speed, however 30 seconds in I quickly dropped to the beginner speed as my fatigue mounted. Unfortunately this speed provided little alleviation and 60 seconds in I felt the first bead of sweat trickle down my forehead. Two minutes in, my legs began to burn and I seriously contemplated how much longer I would last. I strove to carry on with Shannon's words of encouragement and focused on the blaring upbeat music to help maintain my pace. At five minutes in, and just as I was about to make a desperate jab at the decrease speed arrow, Shannon enthusiastically exclaimed that our warm-up was over. I breathed a sigh of relief and frantically reached for the stop button before his words properly sunk in: did he say warm-up?!

I was overjoyed to get off the treadmill and prayed that the floor exercises might provide some refuge from the exertion. I was mistaken for the arm reps would have given Mike Tyson a run for his money. To my astonishment, by the time 5 minutes had elapsed I felt almost eager to get back on the treadmill. Shannon started the beginner speed of the next round at the highest speed of the last round, and to our horror, 30 seconds later he yelled that we had to increase the speed by one number again. He did this consecutively in 30 second intervals until my legs were flying, and he watched our hands like a hawk, shaking his head in disapproval at anyone that decreased their speed and shouting praises of encouragement to those showing off a higher pace than he requested.

As the round finished there were few that didn't pull the emergency cord to stop their treadmills, and we collapsed in breathless heaps on the floor of our weight stations. The strength training rounds continued to include gruelling core work designed to sculpt washboard abs, squats and lunges to tone my already shaking legs, and glute reps so intense they had me convinced I would wake up as Kim Kardashian the next day.

When I sprinted out the last minute of the class I was in a state of complete physical fatigue, yet I couldn't deny the feeling of utter exhilaration washing over me. It slowly dawned on me that I felt absolutely amazing, in fact, I couldn't remember the last time I had felt so good. Perhaps it was due to the thousands of endorphins my body was releasing, but looking around it seemed everyone else was experiencing the same sensation, and we exited the studio in a collective daze.

The most astounding revelation was that the following morning I was not as sore as I expected to be. It dumbfounded me that I could partake in such a challenging workout yet still dive into my morning jog without hesitation. I have reached the conclusion that it can only be magic.

The verdict: Barry's Bootcamp is without doubt worthy of its slogan, The Best Workout in the World. It is a workout you will have to work for, but if you're up for the challenge it's guaranteed to help you lose weight, get strong and become the healthiest version of you.' We speak with the founder of Moon Juice – and Hollywood’s go-to guru – for her top tips that can fit into anyone’s routine. Brain-boosting nootropics and adaptogens are appearing in London’s bars and coffee shops – here’s what to know.