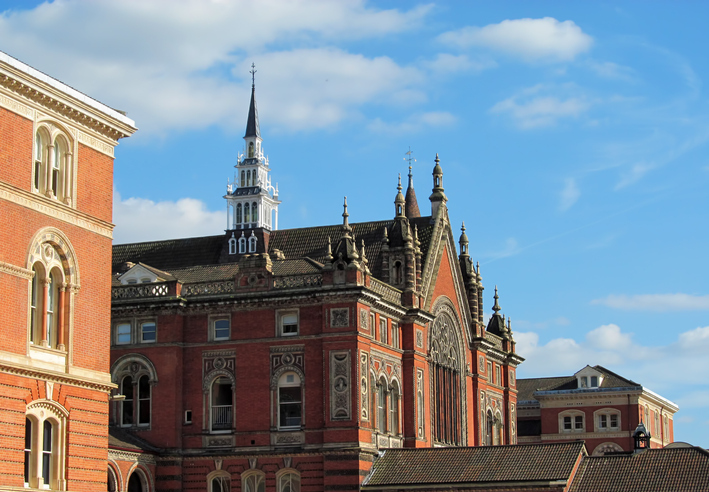 The character of British boarding school education has changed enormously since Prince Charles described his years at Gordonstoun as "a prison sentence." World-famous institutions like Eton, Harrow, and Winchester concentrate on "pastoral care, wellbeing, and preparing children for their futures," says Quintessentially Education's independent schools' consultant, and former Headmistress, Charlotte Faber. Needless to say, academic excellence and a strong cover drive – that's a cricket technique, for international readers – are still a priority too. Read on for an insider view of contemporary independent schooling.

Latin vocabulary tests are still an option for classical-leaning students, but the era of rote-learning traditional subjects has been consigned to history.

"Employers want resilience, problem-solving techniques and thinking outside of the box," says Charlotte. "Schools are looking for excellence in teaching, which is considered to be student-led learning, and creativity in the classroom, taking risks, and questioning the status quo. Using all the wonderful technology and resources that their parents didn't have access to, the students are encouraged to find the knowledge themselves."

The official UK curriculum does not entirely bind independent schools, Charlotte points out, so they relish being at the cutting-edge of educational science. "The schools realise that they're in a very privileged position to provide an incredible education that's globally sought after," she continues, "and they can attract outstanding teachers who are genuinely committed to improving education and who strive to be the best."

The expense of British independent schooling has risen by 49% in the last decade, according to The Financial Times. The average cost of privately educating one child, from ages four to 18, is £184,782… and that's just for day bugs.

"Affordability has become an issue, across the independent sector, but for boarding in particular," explains Charlotte. "There's an assumption that schools are raking it in and making large profits, but the running fees - including factors like staff costs, pensions, and compliance, are enormous."

Many parents take the sting out of fees by opting for independent schooling during a particular period. "Some might feel that they only have six years of fees in them rather than 12, so they turn to state education for Early Years and sixth form, for example," advises Charlotte. London and the Home Counties boast some excellent state schools – "when I'm doing consultations people often ask if there are state schools they should be considering, and that's not necessarily from a financial point of view," says Charlotte.

"Ritual and intrigue and dorm-feast excitement, where nothing cannot be solved with the British sense of humour," was how new Prime Minister Boris Johnson once described boarding life. "It's often the parents, rather than the children, who are wary of boarding," says Charlotte, "and while it is not for everyone, it's an incredible gift to the rest."

At its best, boarding school can be an idyll. "The opportunity is so great – you can't buy time, and if you're at a London day school you're on a bus while the boarders are playing sport or learning musical instruments. The tremendous pressure and rush of everyday life is omitted. The life skill training, especially, and leadership opportunities, cannot be found elsewhere. We scoff about the fact that the Prime Minister went to Eton, but there's a reason behind that."

Boarding in 2019 is also very flexible. "Schools have realised that full boarding is it's not always what people want anymore," says Charlotte. "For example, some offer 'Flexi-boarding,' weekly boarding, and some children will board just on Tuesday nights. Some schools offer boarding on request, and if a parent wants to take a child out of boarding for one night to go for a meal or watch a match, that's easily arranged. Weekly boarding can be especially beneficial for working parents who both work. The school takes care of assignments during the week, and quality time can be spent together at the weekend."

Judging by the literary canon, not to mention historical comedies like TV's Blackadder, mums could be forgiven for exercising caution when considering if British boarding school is ideal for their sensitive offspring. But attitudes have changed considerably since trigger-happy 'beaks' stalked the corridors, canes twitching at the slightest infraction of the uniform policy.

"Behaviour management is more about prevention, now than cure," says Charlotte, herself a former Headmistress. "Interjections are almost entirely positive – highlighting correct behaviour by way of an example, rather than telling off. Now, that doesn't work for all pupils, so a tightly written behaviour management policy will be in place to inform parents of any issues and ensure there are no surprises if a pupil steps over the line and needs to be excluded."

The UK's single-sex schools are especially popular for girls, but are almost unique to Britain and can strike international parents as unusual. "At Quintessentially we have excellent options for both single-sex and co-educational schools," says Charlotte. "There is the argument that girls are more mature and advanced. If you're a bright girl, then being in a single-sex environment could benefit you more; a boy might be better off in co-ed for the same reason." Statistically, more girls select the core STEM subjects, like maths, for A-level at single-sex schools. Some prospective parents are concerned about a little too much interaction at a co-educational boarding school. "The argument that 'my daughter might get pregnant!' is simply not the case," says Charlotte.

British independent schools are adapting fast to both a changing job market and the diversifying needs of their students. In bygone days the curriculum was skewed towards accessing traditional subjects at major universities. Now schools also prepare students for specialist degrees in, for example, music or fine art and even accept that university might not be suitable for all.

"Several well-known boarding schools have opted out of league tables, giving them the freedom to cater to all their children," points out Charlotte. "At the school where I sit on the board of Governors, we've realised we recognise that one girl isn't going to be able to access A-levels but is really good at sport. So, she's going to do the NVQ in PE. This goes back to the emphasis schools place on pastoral care and wellbeing, giving each child the best possible experience."

For more advice, reach out to our Education Specialists.