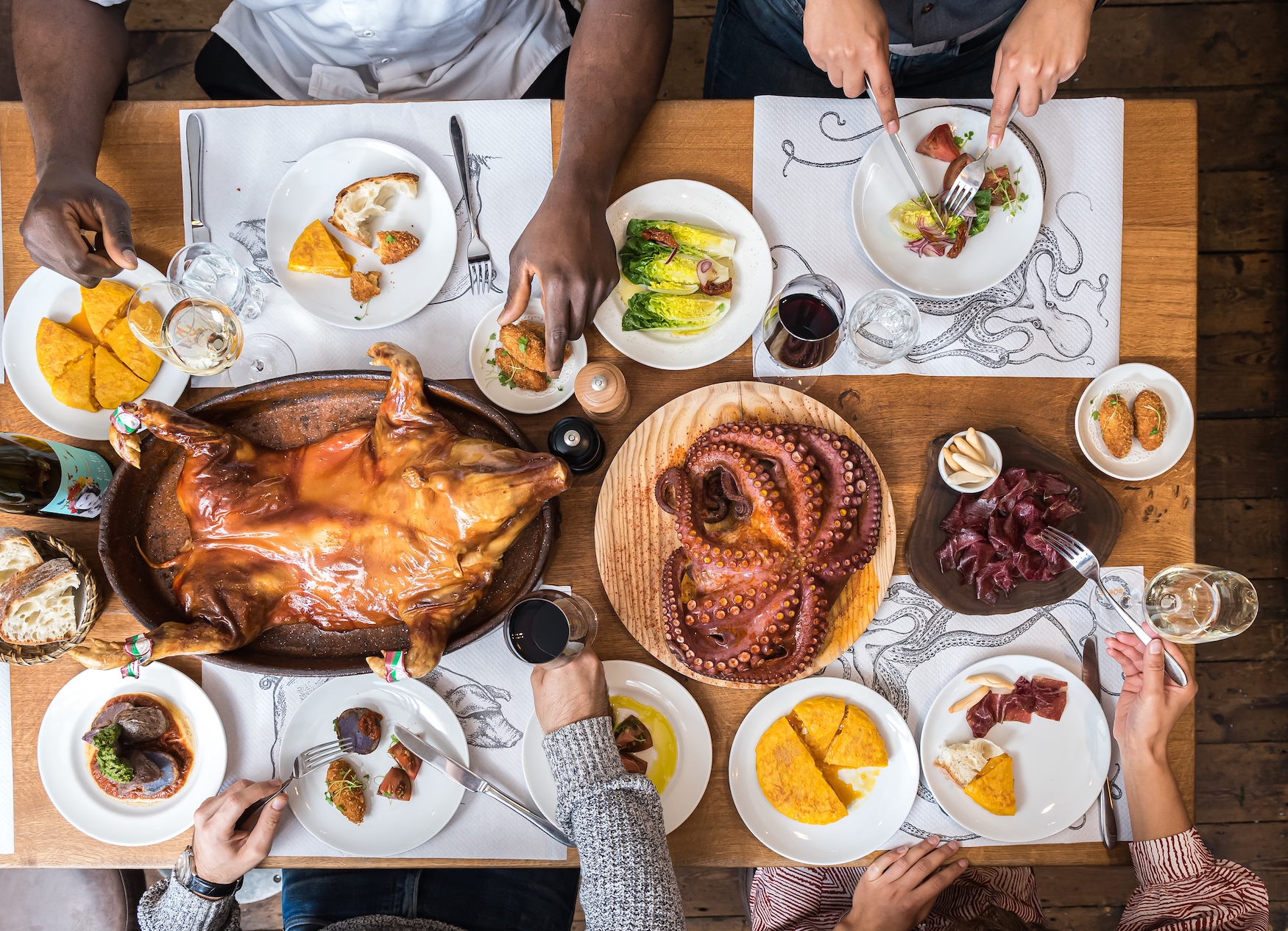 We spoke to the Michelin-starred chef behind Sabor about putting Spanish food on London’s map.

When Nieves Barragán Mohacho landed in London, the city had just two or three Spanish restaurants. Fast-forward 20-odd years, and there are more than unos pocos.

“London is the best city in the world for gastronomy,” she says. “Every week, there is something new. You have the best Japanese food, the best Thai food – the best everything. It’s unbelievable.”

It’s also got the best Spanish food, thanks in no part to Barragán Mohacho. Both Barrafina – where she was Executive Chef for ten years – and her own restaurant, Sabor, are the only Spanish joints in the city to be awarded a Michelin star. In June, she’ll make her culinary debut at Royal Ascot, which is not a bad career trajectory for someone who took a cooking job on a whim during a year abroad in her early twenties.

Below, we speak to her about cooking at Royal Ascot, find out the key to her success and ask how she’s bringing a slice of Spain to London – all in five questions, of course…

How would you describe Sabor – and Saborcito – to someone who hasn’t been?

Sabor is like an entire journey through Spain. Spain is so diverse in food, so the north, south, east and west all have totally different cuisines. When you come in, we have a counter with a seafood display which changes every day. At the bar, we have food from the south of Spain – like tapas – and then on the first floor, we have El Asador (Spanish Brasserie). Here, you must have the black rice, the octopus and the suckling pig – the skin is so crispy, it’s almost like a crème brulée.

You are the recipient of two Michelin stars and have been named one of the pioneers of great Spanish food in London. What’s the key to your success?

The only way to be successful is to be consistent every single day. You have to give everything; 100% is not enough. In my 15+ years as a chef, I don’t remember too many days off. For the first five years of my career, I worked 18-hour days, six days a week. Secondly, you need to have a good team – but the team will only follow you if you are a good leader and look after them well.

You’re making your Royal Ascot debut this year in The Pavonian. What are you going to be cooking, and what are you looking forward to?

I’ve watched Ascot a lot – it’s a fantastic place and super glamorous. We’re going to try and bring a little bit of Spain to the racecourse. We’re going to be carving a ham just like we do in Spain, and there will be a farm plate, tapas, ham croquetas, tuna tartare… We’re also going to make a really cold gazpacho because it’s summer, so – hopefully – it will be hot. They’re going to feel like they’re in Spain!

Aside from your restaurants, where is your favourite place to eat in London? Any tips?

It’s challenging to pick one because there are lots, and they keep opening. This week, I’m going to try and go to Lisboeta by Nuno Mendes, which has just opened – I love Portuguese. I also love to go to KOL, Kiln and St. JOHN.

What makes a luxury meal for you?

Luxury means quality. It means glamour. It means cool. With luxury dining, it needs to make you go “wow”. It doesn’t necessarily need to be super dressed up; it just has to be clean, colourful and high quality – and taste as good as it looks.

To make a booking at Sabor or to inquire about Royal Ascot (14th–18th June), please speak to your lifestyle manager.