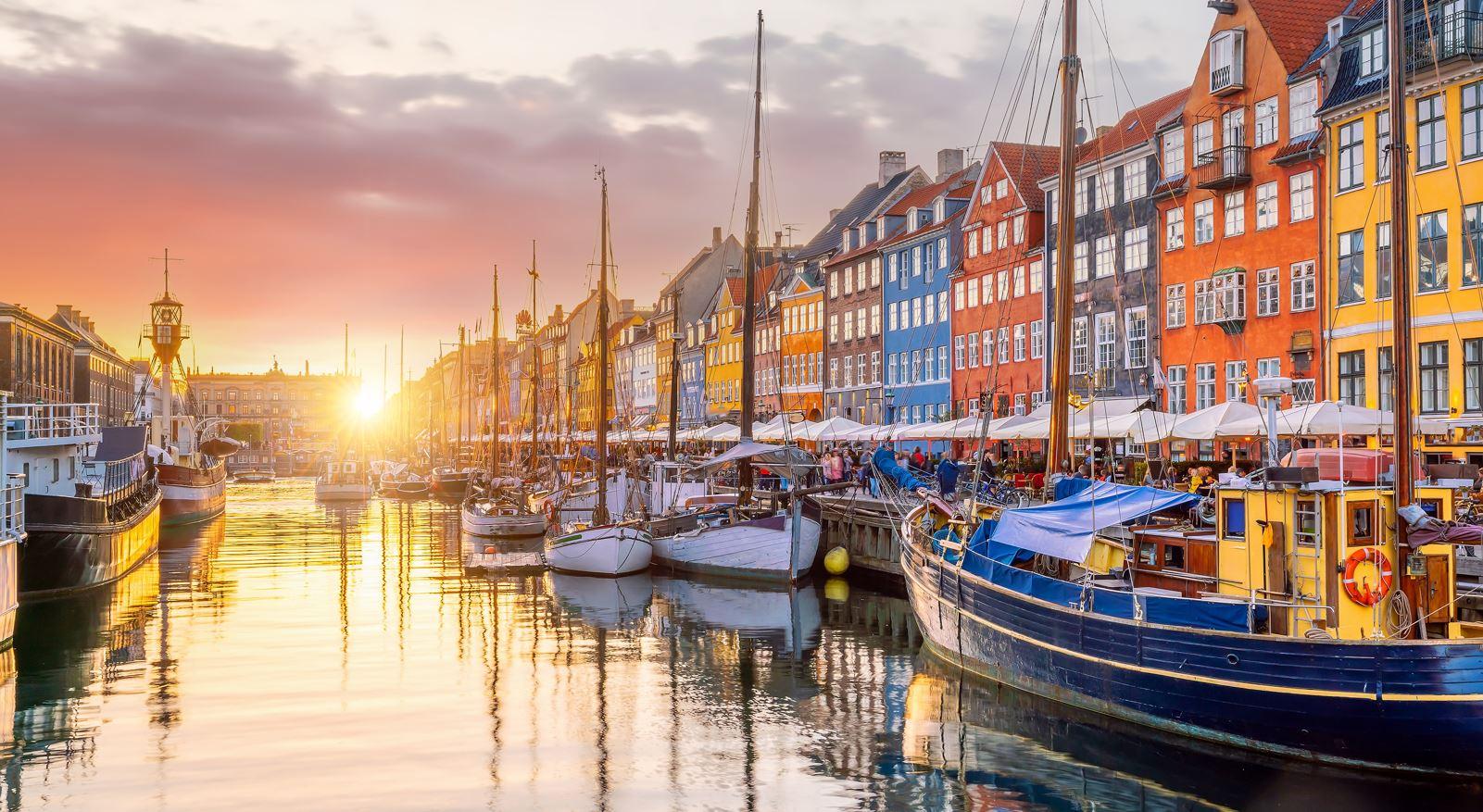 A lively cigar scene has sprung up in Copenhagen. For aficionados, Denmark's capital excels with unconventional bars and culinary culture of the highest level.

Chef Simon Juhl Olesen is an extraordinary culinary maestro: he belongs to a group of four bustling enthusiasts who have created comfortable niches for tobacco lovers in Copenhagen. The affable advocate for cigar pleasures receives me with open arms in his gourmet restaurant Montergade, near the New King's Market Kongens Nytorv. Here on the other side of the picturesque canals, set on one of Copenhagen's largest squares, you get a sense of why Copenhagen (metro area population of 1.4 million) has earned its title as one of the most liveable cities in the world. 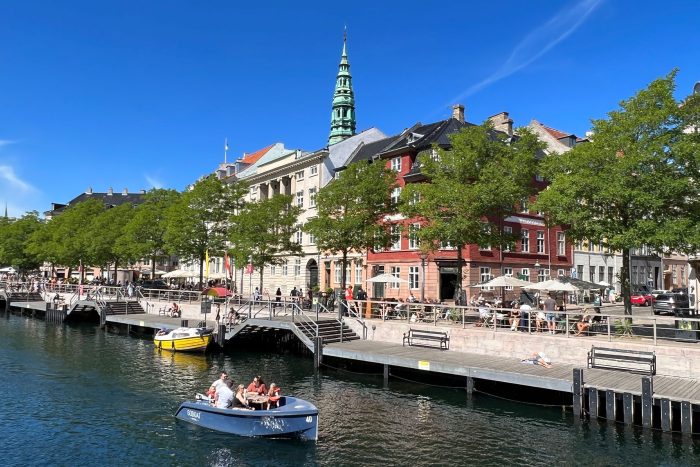 On this quiet side street called Montergade, Chef Olesen has set up a culinary temple. Of course, it offers a comfortable array of smoking tables outside (smoking inside is only permitted if the location is smaller than 40 square meters). 'The issue is complicated. Even here in Scandinavia's largest capital, there are only about ten indoor cigar lounges worth mentioning,' he says. The Dane advises restaurateurs on cigar menus, teaches at technical schools and is completing a master's degree as a cigar sommelier. With Martin Segerlund, Managing Director of cigar shop Macanudo, he has produced podcasts for local aficionados. 'This is Denmark's leading cigar shop. It has the status of a Casa del Habano,' Olesen asserts.

For a visit to the elegant flagship store for Cuban cigars, you should certainly allow plenty of time. 'We carry 125 brands and 215 different cigars,' Martin Segerlund tells me before proudly showing me through his walk-in humidor. He generates around 60 per cent of his sales with Habanos, the entire range of which he offers with only a few exceptions.

There is no lack of Michelin-star restaurants in the affluent Scandinavian metropolis. But Olesen, born in 1984, is not currently striving for that, even though he completed his training in the culinary strongholds of Barcelona and the Basque Country: 'I was 16 when I puffed my first cigars in Malaga, where I grew up.' Walking through his wine cellar, Olesen reveals himself to be a lover of fine Jerez distillates and rum from Jamaica which makes sense as the origins of the legendary Macanudo cigar brand can be traced to a Caribbean factory that was once ruled by the British.

Later I stroll through the city park Rosenborg Have, featuring its fairy-tale castle from the 17th century, accompanied by a Macanudo Inspirado Red Gigante. Daniel Nielsen recommended it to me in the historical shop, The Danish Pipe Shop, near the Tivoli amusement park. Its fine selection of premium cigars in Gordo format is impressive, as are the typical 'Nording' cigars – a combined effort from pipe makers in Denmark and the renowned cigar producer Rocky Patel.

Copenhagen's most beautiful neighbourhoods are charming places with smoking terraces, like the French-inspired Cafe Victor. At the pulsing Kongens Nytorv Square, I discover the restaurant Esmée, where aficionados are welcome in the venerable Palais courtyard. This also applies to the outdoor area of the bombastic 'Hotel d'Angleterre. A table humidor is traditionally part of the service here.

Jesper Petersen is a veteran of the Danish cigar world, the third key figure in the local scene, handling the distribution of premium cigars from each of the important tobacco-growing regions. His popular speakeasy-style lounge sits on the edge of Europe's most extended pedestrian zone. Turning off the Stroget to the laidback pub Musen & Elephant, one feels nostalgic for university days. Here, I meet the city's cigar gurus – and they are ready to party! Creaky stairs lead to the smoking lounge of the house, which is more than a hundred years old, with a ceiling painted by local artists. The humidor offers rarities such as the half-meter-long 'Woody cigar' or the 'Leaf by Oscar Valladeres'.

The well-known bar 'Vinstue 90' also offers a cosy booth for aficionados. Chef Stonie personally taps the famous 'Slow Beer' here in the elegant Frederiksberg district, whose cigar club traditionally meets at his place. As a curiosity, snack consumption accompanies your beer – just like in a Bavarian beer garden.

Copenhagen is considered one of the most liberal cities in Europe. Thus a detour to the free city of Christiana is a must-see. It is unique in the world – where an independent community has been implementing alternative lifestyles since the 1970s; today, tourists stroll through the colourful streets of an urban experiment that has maintained its reputation as a hippie paradise.

The classy NH Collection Copenhagen hotel is just a few blocks away. Ships carrying tobacco were once unloaded here at the imposing Strandgade Gracht. The luxury hotel boasts a lobby with an interior design in noble wood that reminds me of an elegant cigar humidor. The hotel chain founded in Navarra (Spain) even offers aficionados a 'Tabla Fina for Tapas'. Staff from Latin America also adds to the cheerful ambience reminiscent of the cigar-producing countries. Plus, the Amager city beach is only a few metro stops away – perfect for a cigar by the sea during the quiet morning hours. Electric bikes are also available for guests making it easy to discover Copenhagen via pedal. 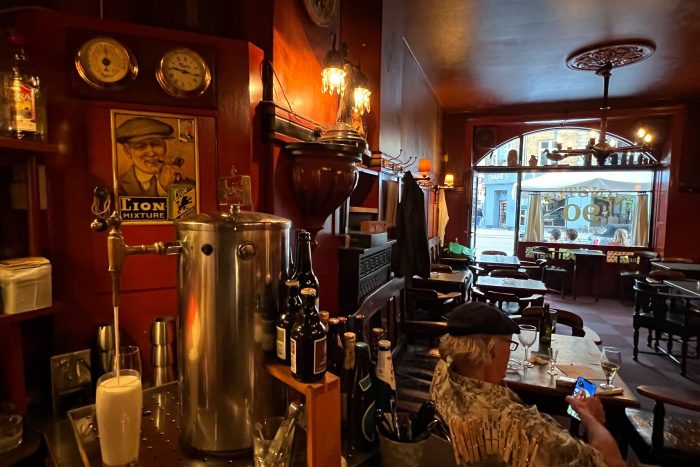 The spectacle of the guards' changing at the royal palace Amalienborg is something no one should miss. Any aficionado will remember the legendary 'Royal Danish Cigars' by Jan Vistisen. The fourth member of the Copenhagen aficionado quartet is boosting the tasting scene with his latest creation, 'House of Nicaragua King of Ashes', available in the Cigar Shop Macanudo.

Near Amalienborg Palace, I stroll through Churchill Park, where politicians' most passionate cigar lover received an honorary bust. In the nearby 'Museum of Danish Resistance,' I learned that a group of Danish youths once fought under the alias 'Churchill Club' against the German Nazi occupiers in World War II. To round off, we recommend a whistle-stop at the 'Toga Bar', a globally unrivalled destination. It is a meeting place close to Parliament for politicians of all stripes who smoke cigars and have peaceful debates here. It's part of the ritual that Danish Members of Parliament stand behind the bar tapping beer themselves while engaging in discussions with visitors. Anyone who still has the energy to climb the famous Round Tower in the historic centre will be rewarded with an unforgettable panorama of the Danish capital. As I stroll along the romantic canals in the evening with my favourite cigar, the city radiates the touch of a 'Paris of the North'.