Build your own architectural classic 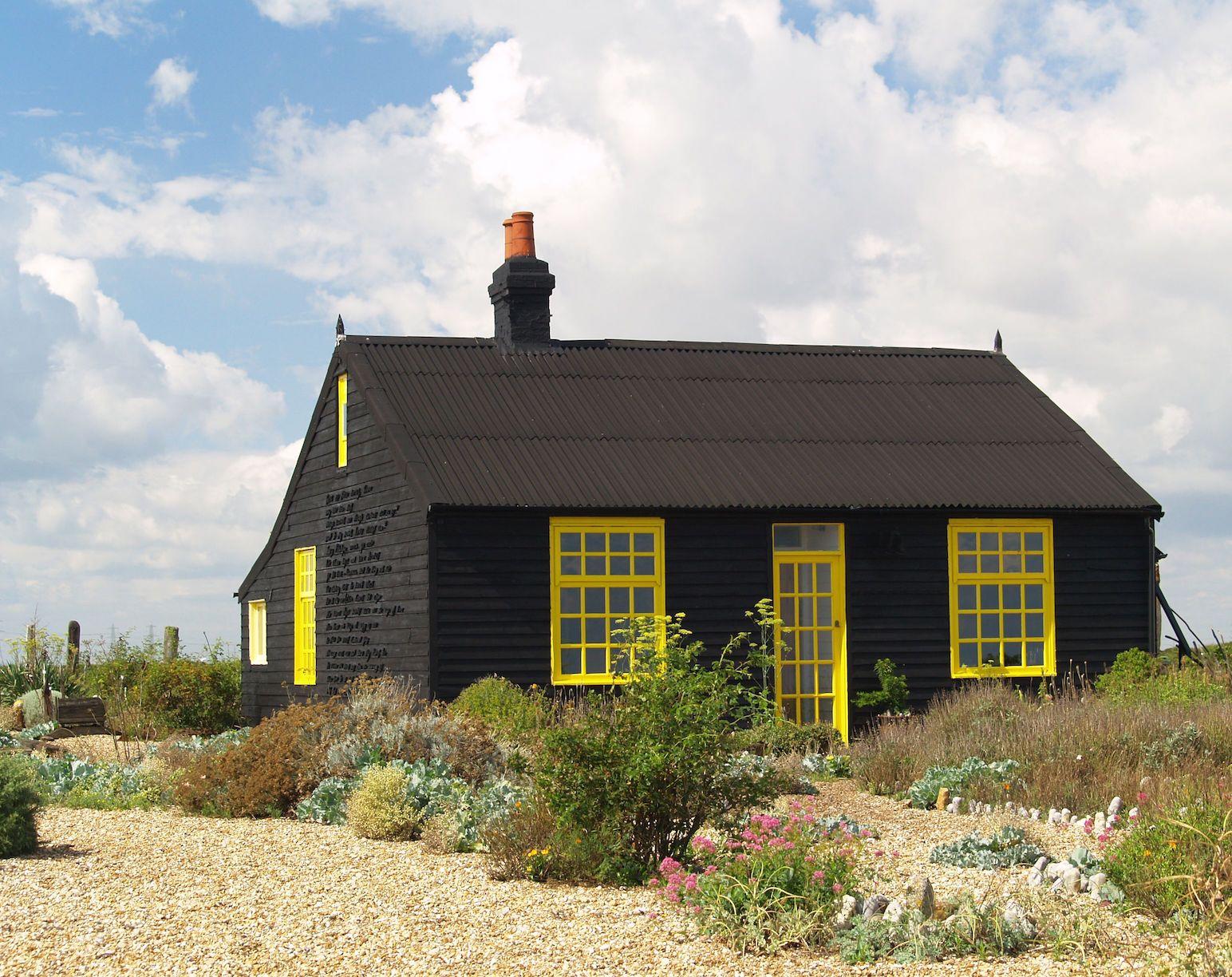 Get crafty and creative with these intricate homages to classic works of architecture.

Want to recreate artist and filmmaker Derek Jarman's legendary Dungeness home, Prospect Cottage, in wood and card? Well, now you can! Thanks to the flatpack build-it-yourself model kit from Foundland, the famous traditional Kentish weatherboard building is now available in 1:148 scale. Having purchased a Victorian fisherman's hut in 1968, Jarman transformed it with pitch tar, adding a quote from the Elizabethan metaphysical poet John Donne to one of the exterior walls. For many, his pièce de résistance was the shingle garden, created with driftwood and hardy coastal plants that could survive in the harsh, windswept environment. Adding to the cottage's impact was Dungeness nuclear power station, which sat menacingly on the horizon behind.

Following his death in 1994, Prospect Cottage remained the home of his partner, Keith Collins. But when he passed away in 2018, the house was put up for sale. With the real danger of this unique piece of English cultural history being lost, a campaign by the charity Art Fund raised £3.8m, enabling them to preserve this remarkable house and garden (not to mention the artworks inside, by 20th-century greats including Maggi Hambling, Richard Hamilton and director Gus Van Sant).

A word of warning for those wishing to own their own version in miniature, though: the Foundland kit requires you to paint it black yourself (you'll also need a scalpel and wood glue). You might also like to do a little beachcombing to gather enough tiny pebbles, twigs, and lichen for the all-important garden.

For those a little less skilled in construction – but who still relish a challenge, Lego's architecture-for-adults range features a host of build-it-yourself design classics, ranging from city skylines (including London, Paris, New York and Tokyo) to the instantly recognisable Disney Castle. The ambitious might like to tackle the Taj Mahal or the Burj Khalifa – whilst fan sites include details of world-famous builds based on originals by Frank Lloyd Wright, Le Corbusier, Gropius and Mies van der Rohe.

And if all of that still feels a little prescribed and do-it-by-numbers for the budding architect inside you, why not just freestyle your own scale model with downloadable plans from experts, including Arckit or Model Buildings.

There is also a well-established, parallel field in ceramics for sculptors who create ultra-detailed mini pottery. This is particularly prevalent in the Far East, with leading talents including China's Wang Wenhua. Meanwhile, the German-based artist Anja Markiewicz produces what she calls 'nano-origami' – folded paper sculptures reduced to the smallest size possible.

Reflecting this trend, post-modern dolls houses are earning a growing following. Jerry Saltz, the renowned art critic for New York Magazine, often highlights model makers who specialise in miniaturised city scenes, interiors and dioramas on his Instagram feed, such as @cheng.hank from Taiwan, the Madrid based @casa_mazarrasa, Japan's @melissas_miniature, the often sarcastic creations from @notyourmomsdollhouse and @cityfolkstudio in the US, who will meticulously replicate every vinyl album in a record store or line every shelf of a supermarket with mini products.

The Financial Times' How To Spend It magazine also noted the movement recently, showcasing Shrunk, the dedicated 'modern miniatures magazine' from Brighton, which is presented as a World of Interiors for this small but perfectly formed scene. As well as practical tips, features on interiors trends (for homes of all sizes) and an online shop, Shrunk includes interviews with the stars of the scene, including the artist Philip Nuveen, an artist 'blurring the lines between fine miniatures and real-world Haute Couture'. His work has included collaborations with luxury fashion boutiques, mainstream stores and media brands, including Chanel, Hermès, Bloomingdales, Harry Winston, Ikea, Malin + Goetz and Vogue.

Which just goes to show: if you want to make it big, there's nothing wrong with thinking small…