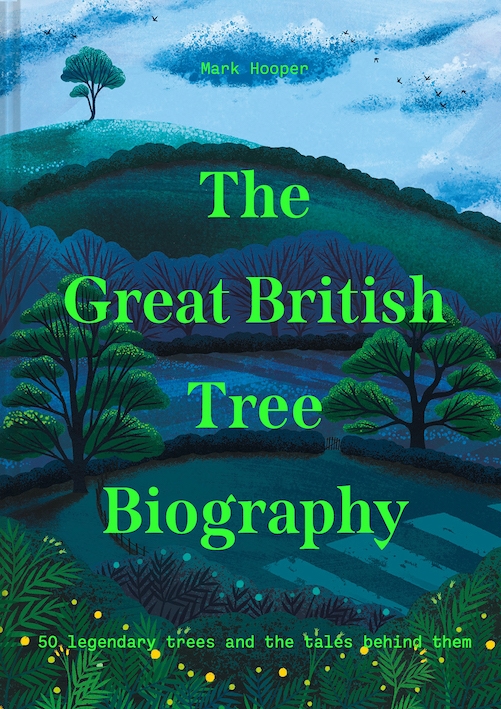 Like most of the world’s population, I spent much of the last 18 months exploring my local neighbourhood in semi isolation, enjoying the unexpected silence from living in a town that’s usually under an international flightpath, experiencing the ‘rewilding’ effect first-hand and embracing an enforced, slower pace of life. This was particularly apt for me, because I’d been working on book, The Great British Tree Biography, inspired by family walks in forests and woods.

I should probably make it clear at this point that I’m no tree expert – rather an amateur fan. I know what I like, and that includes the various stories, myths and legends that tend to take root (sorry!) around any old tree. These might include the sycamore tree under which the Tolpuddle Martyrs formed one of the first trade unions, the beeches in Avebury that inspired JRR Tolkein or the oak next to which William Wilberforce proposed the abolition of slavery to Pitt the Younger.

I loved the process of untangling these stories – finding the social history wrapped up in natural history. It’s something that you find everywhere – from the strange story of the American Redwoods stump that overlooks the luxury country house hotel of Cliveden in Berkshire (imported from California, reportedly as a bet), to the trees in the Knole estate in Kent that have inspired creative minds as varied Virginia Woolf and the Beatles. Here is the story of the latter… a reminder to always explore the branches of any tale, wherever you are…

The Knole Oak and the Strawberry Fields tree

The convoluted story of the seven oaks that leant their name to a town in Kent is further muddied by two other famous trees associated with Knole Park in Sevenoaks.

Now owned by the National Trust, the history of the 1,000-acre Knole estate can be traced back over 600 years. The land was bought by Thomas Langley, Bishop of Durham, in 1419 and the existing house can trace its origins back to 1456, when Thomas Bourchier, Archbishop of Canterbury, acquired the estate and began renovations there. Knole House remained the property of successive archbishops until debts forced Thomas Cranmer to sell it to Henry VIII in 1537. The estate eventually ended up in the hands of Thomas Sackville, a cousin of Elizabeth I, in 1603 (the year of her death).

Countless generations later, Knole was the childhood home of Vita Sackville-West, the writer and pioneering garden designer. Sackville-West was the barely disguised inspiration behind her lover Virginia Woolf’s masterpiece Orlando (a perennial contender whenever someone draws up a list of ‘the greatest British novels’).

In the early pages of the book, Orlando is described walking ‘very quickly uphill through ferns and hawthorn bushes, startling deer and wild birds, to a place crowned by a single oak tree.’ This oak becomes a pivotal, recurring motif in the book, and inspires The Oak Tree, the fictional ‘book within a book’ that the sex-shifting protagonist of Orlando begins as a boy. Indeed, when Sir Nicholas Greene finally comes across the manuscript of Orlando’s epic poem, after an interval of some 300 years, his verdict seems to summarise Woolf’s own expectations of perfection in writing:

‘There was no trace in it, he was thankful to say, of the modern spirit. It was composed with a regard to truth, to nature, to the dictates of the human heart, which was rare indeed, in these days of unscrupulous eccentricity. It must, of course, be published instantly.’

Since Orlando’s home is undoubtedly modelled on Knole, this oak could well be based on a genuine ‘special’ tree from Sackville-West’s childhood. There are certainly several venerable contenders, old enough to assume the role – the most likely being the tallest sessile oak in Britain, which still stands in the park at a height of 41 metres. (Although it is perhaps not, as Woolf describes, ‘so high indeed that nineteen English counties could be seen beneath; and on clear days thirty or perhaps forty’ – unhelpfully masking its identity behind the air of unreality that shrouds the whole book).

There is, however, another far more identifiable oak tree that stands on the grounds of Knole Park. This one is far easier to track down, since it has been filmed: it appears in the promotional video to ‘Strawberry Fields Forever’ by The Beatles, filmed in 1967. In the video, the tree, a dead oak located behind Knole’s birdhouse, appears as an extension of a bizarre stringed instrument that Paul McCartney at one points jumps up into backwards (taking a somewhat literal approach to the line, ‘no-one I think is in my tree…’).

The Beatles also filmed portions of their video for Penny Lane at Knole at the same time – and it’s remarkable that the only two singles in which they specifically name-check locations from their Liverpool upbringing should be accompanied by visuals filmed 250 miles away in Kent. Knole, incidentally, plays another important role in the story of The Beatles. Whilst making the two films, John Lennon wandered into an antiques shop in Sevenoaks on 31 January 1967 and bought a 19th century poster advertising ‘Pablo Fanque’s Circus Royal’ at Town-Meadows, Rochdale. The text of the poster formed the basis of the lyrics to the song ‘Being for the Benefit of Mr. Kite!’, which the band began recording just a few weeks later, on 17 February 1967.

The places we love to eat aren’t limited to the UK and US — discover these options in some far-flung destinations around the globe. 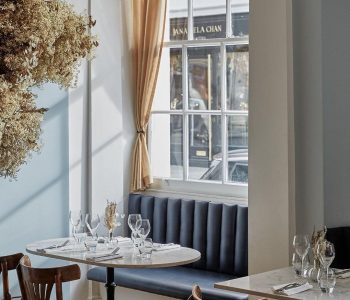 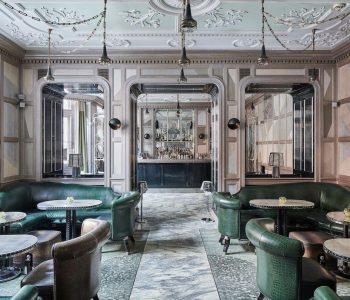 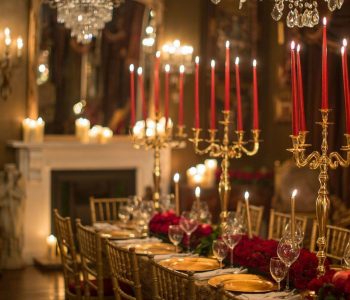