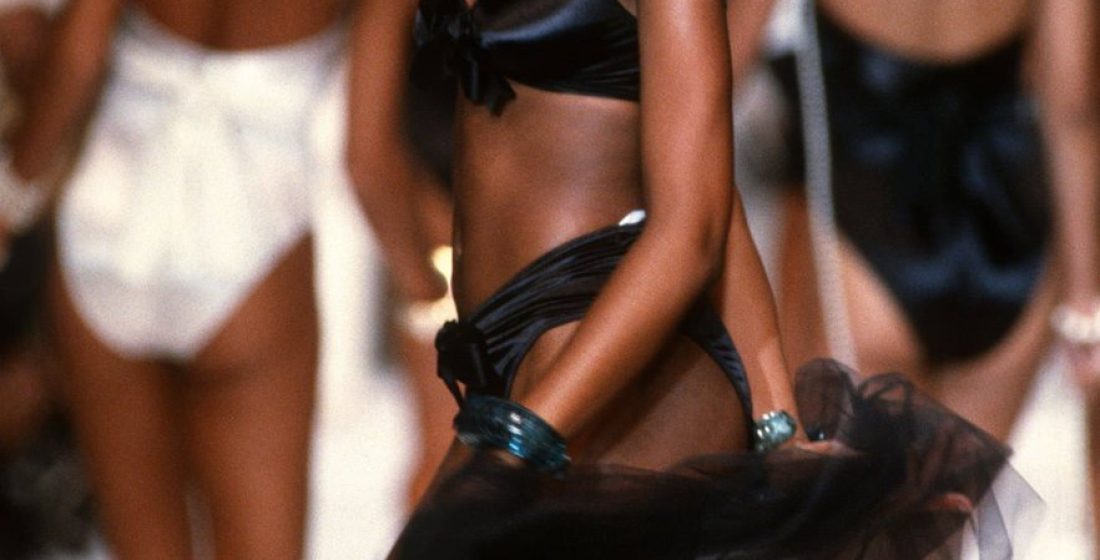 We take stock of Karl Lagerfeld’s talent for creating extraordinary visuals that felt important, and why they captured our imagination.

There are fashion houses. And then there’s Chanel.

Founded by Gabrielle ‘Coco’ Chanel in 1909, the House been synonymous with an understated (and unmistakable) sense of chic ever since: witness the collarless jackets beloved of Jackie Kennedy or the Breton shirts worn by Audrey Hepburn and Jane Birkin. Today, the brand is stronger than ever – its logo-heavy bags, clothes and accessories adored by both fashion’s grandes dames and youthful Instagrammers.

But in 1983, things were different. Back then Chanel was a shadow of its former self, its fusty designs out of step with the thrusting spirit of the 1980s. The late Karl Lagerfeld, at the time creative head at Chloé, was brought in to refresh the brand and did so by referencing classic styles of the 1920s and ’30s and by injecting a brash new attitude into the mix (i.e. transforming Coco Chanel’s ‘CC’ monogram into a style pattern).

“What I do, Coco would have hated,” he said. “The label has an image, and it’s up to me to update it. I do what she never did. I had to find my mark. I had to go from what Chanel was to what it should be, could be, what it had been to something else.”

As well as steering the style, in 1987, Lagerfeld, an accomplished photographer, began to shoot its advertising campaigns, too. Over the next three decades, he captured models such as Stella Tennant, Kate Moss, Claudia Schiffer and Milla Jovovich in glamorous locations like Paris, the French Riviera and Los Angeles.

Those campaigns have now been collated in a new book, Chanel: The Karl Lagerfeld Campaigns, written by Patrick Mauriès.

If you’re looking for glamour – you’ll find it here, and in spades. Every image captures the label’s timeless allure. In one photo, Helena Christensen appears out of a swimming pool dressed in an impossibly beautiful evening dress, accessorised with a huge, sparkling necklace.

In another, model Guinevere Van Seenus references early-’60s Chanel in a perfectly-cut dress with a quilted handbag. She looks like she’s about to go somewhere very exclusive, somewhere we haven’t been invited to. Was it not ever so?

But one thing’s for sure. Karl was always there with his camera. Now, we wait to see what will happen next.