Mayfair is home to some of the best restaurants in London, here is our top ten. 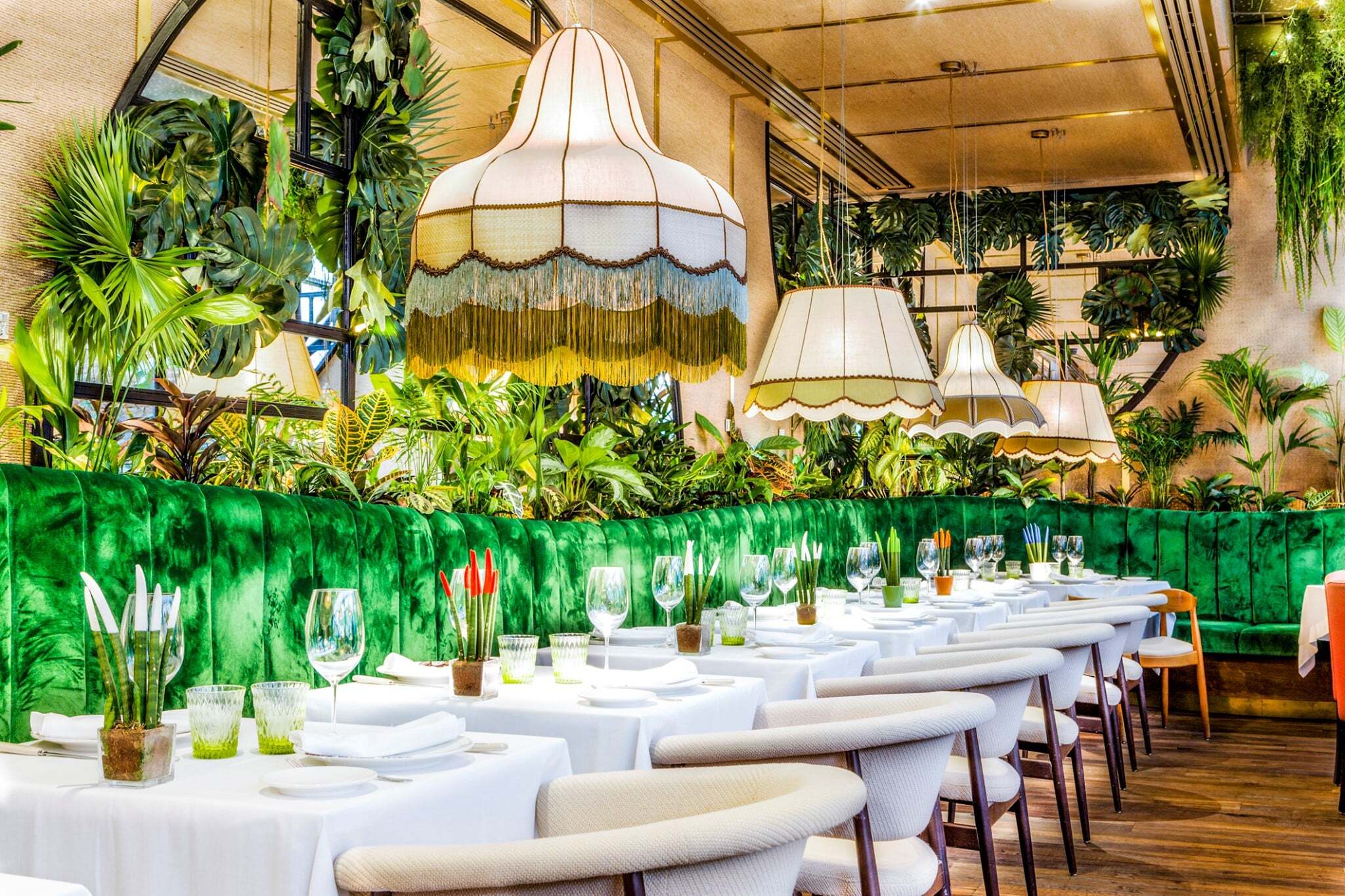 10 Berkeley Square, W1J 6BRFeaturing an array of flavours from all across Latin America—including Peruvian sushi and open fire cooking—the London outpost of the celebrated Madrid restaurant from husband and wife duo, Santo da Silva and Marta Santos, does not disappoint. Rainforest-themed interiors accompany nightly live jazz and an in-house DJ. The vibrant and festive atmosphere complements the food; we loved the vegetable sides and the chimichurri-marinated steak. A tropical cocktail list is worth exploring. 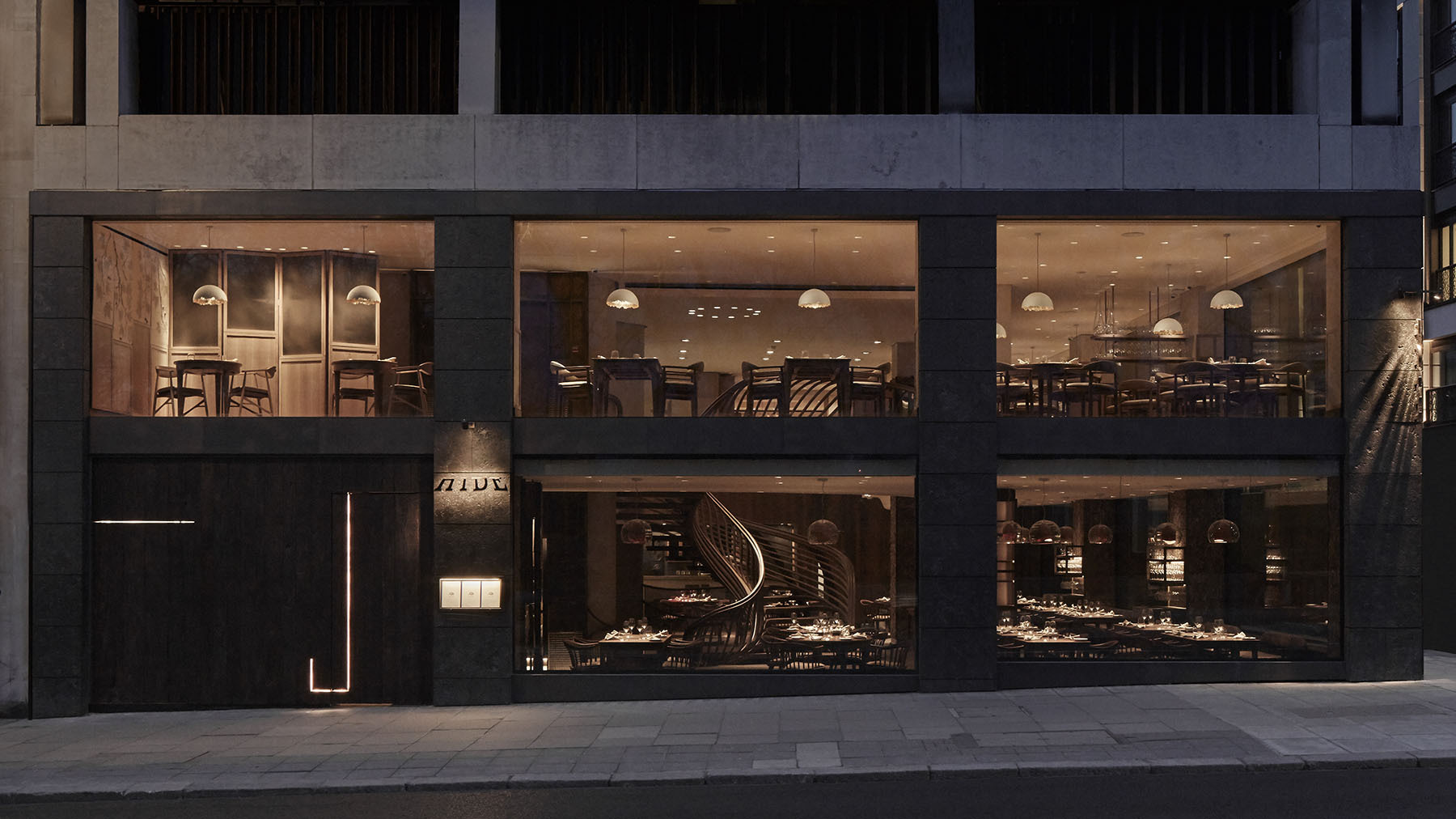 85 Piccadilly, W1J 7NBMichelin-starred chef Ollie Dabbous and Hedonism Wines have created a stir with Hide—set foot inside, and one can see why. The heavy wooden doors open to reveal a magical world unto itself, where each dish of the nine-course tasting menu is a feat of creativity. Crudités come laced in chamomile dressing; cured salmon is glazed in crème cru; lobster is barbecued for maximum flavour, and Dabbou's signature nest egg elevates a simple component to star ingredient. Not to be missed. 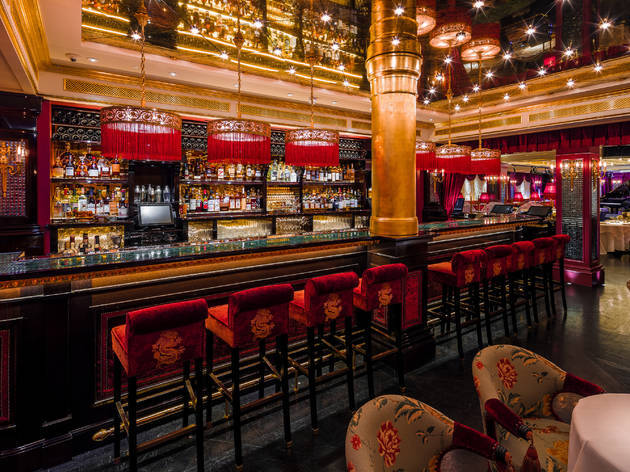 17 Berkeley Street, W1J 8EAInspired by the 1930s, Park Chinois has a dramatic aesthetic fit for a Chinese Emperor. Brought to us by restaurateur Alan Yau, the man behind Wagamama, Park Chinois is the place for Contemporary Chinese served in surroundings that hark back to mid-twentieth century Shanghai, with diners treated to piano and string quartets through the afternoon and jazz and swing later in the evening. Expect the likes of Cornish crab wonton, Angus beef short ribs and Kagoshima beef shabu-shabu.

Berkeley Square House, W1J 6BRAn Asian seafood restaurant from Caprice Holdings, this popular and dynamic venue pairs contemporary cuisine with cutting-edge art and design. The menu veers towards the East with a focus on fresh fish and shellfish. Art plays a vital role at Sexy Fish with a showcase of extraordinary works from the likes of Frank Gehry and Damien Hirst. The private Coral Reef Room on the lower level is home to the largest live coral reef tank in the world and has seating for up to 48. 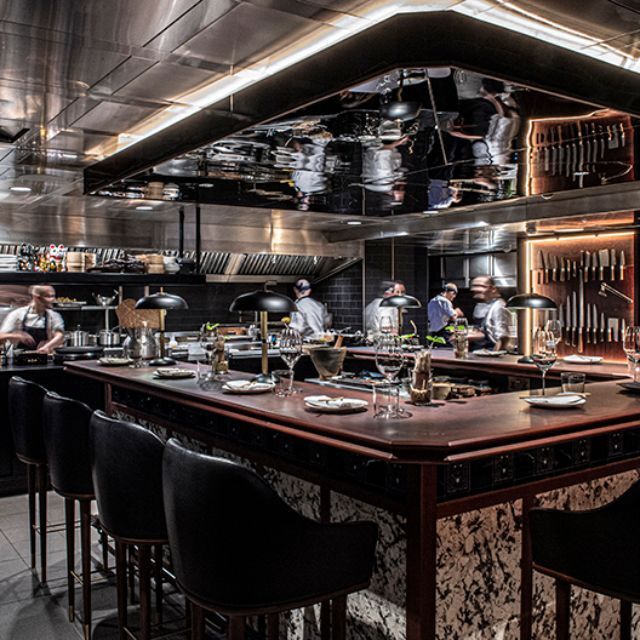 10 Grosvenor Square, W1K 6JPGordon Ramsay's 2019 summer opening, Lucky Cat, on the site of his previous restaurant The Maze, brings a touch of the exotic to Mayfair's culinary scene. The theme and decor are part-authentic Asian eating house, part-1930s Art Deco Tokyo drinking den. Executive chef Ben Orpwood will present a menu that tickles the taste buds, with creations such as Orkney scallops with yuzu and home-grown wasabi leaf. If you love a cocktail, let the bartender surprise you with a well-paired aromatic tipple. 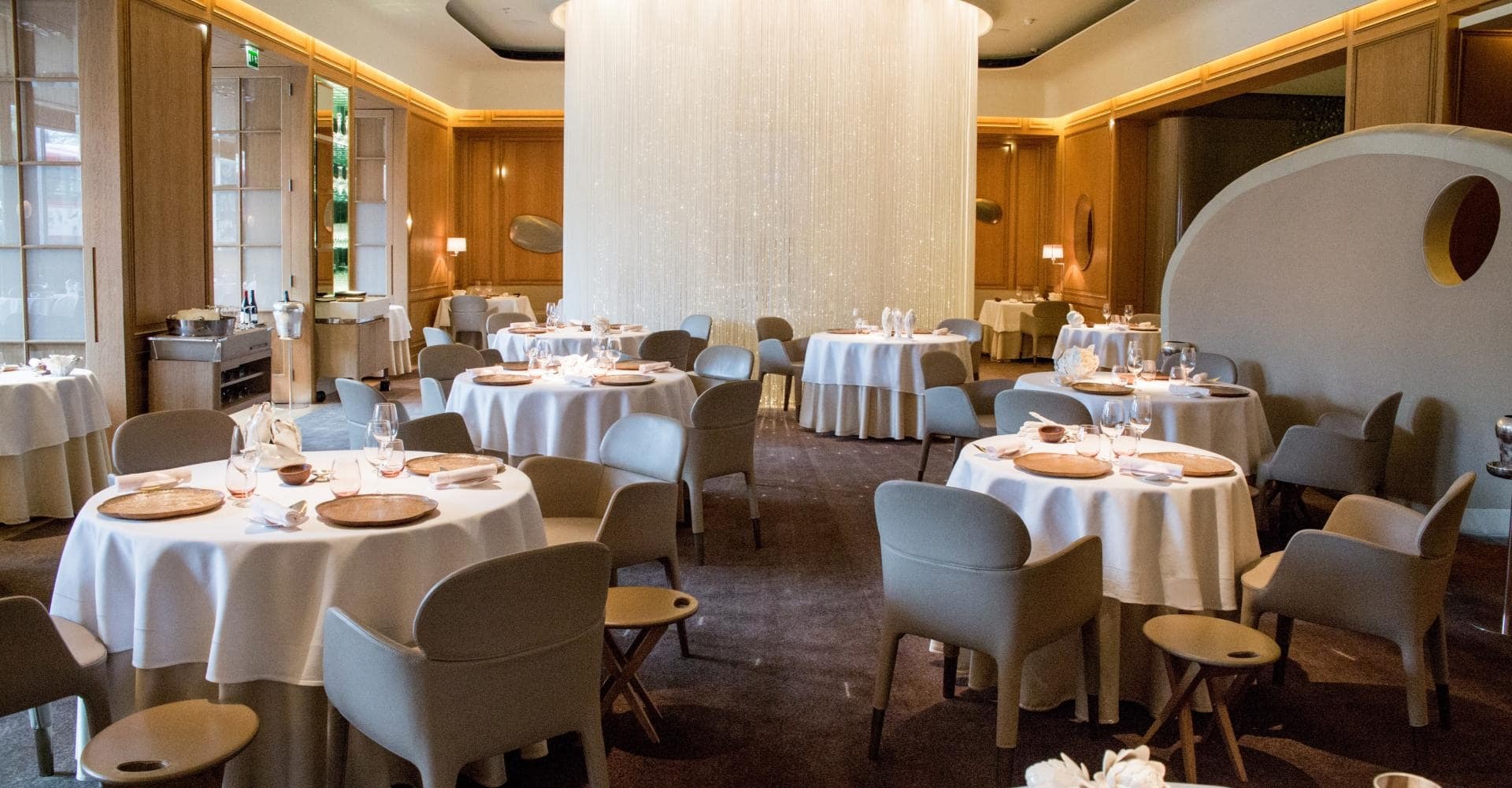 Alain Ducasse at The Dorchester

53 Park Lane, W1K 1QAAlain Ducasse's venture at The Dorchester is a three Michelin-starred restaurant that stands as a reflection of his creativity, attention to detail and, of course, unparalleled cuisine. Located in the prestigious Park Lane, contemporary French cooking meets a refined approach featuring seasonal ingredients. Perfect for lunch outings as well as dinner, the tasting menus encapsulate the best items with dishes like the 'sauté gourmand' of lobster and truffled chicken quenelles. Expert sommeliers are on hand to perfectly pair all dishes with a wine counterpart. 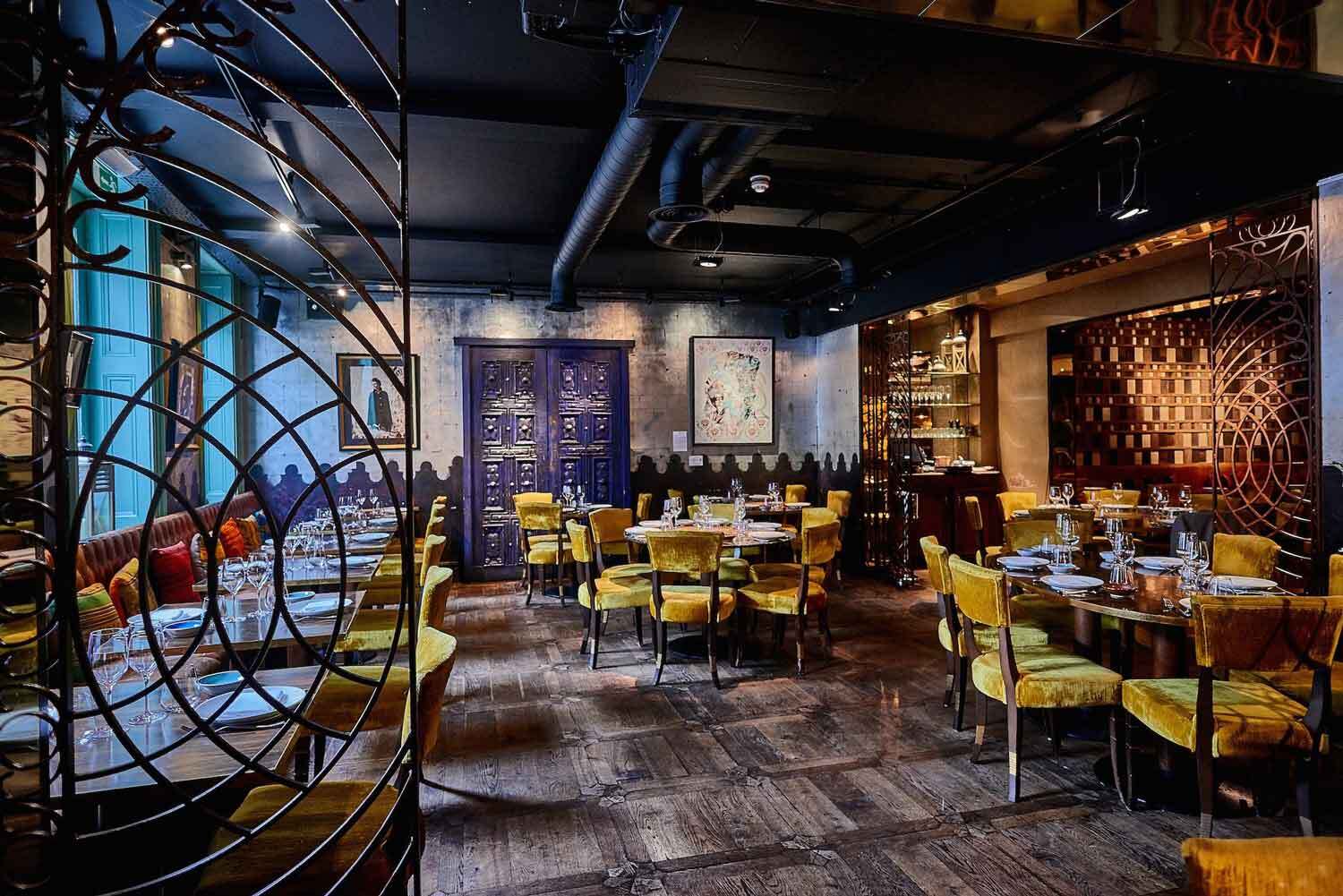 118 Piccadilly, W1J 7NWHalf members club, half Latin American restaurant, restauranteur Arjun Waney's Coya has recently received another testament to its fantastic reputation by branching out to Dubai, following the example of Waney's other popular spots Zuma and La Petite Maison. In opulent surroundings, Head Chef Sanjay Dwivedi is the man behind an extensive menu filled with Peruvian dishes that surprise and enchant the palate. The ceviche, particularly the unique Corvina trufa, are not to be missed as are the pork ribs glazed with tamarind. 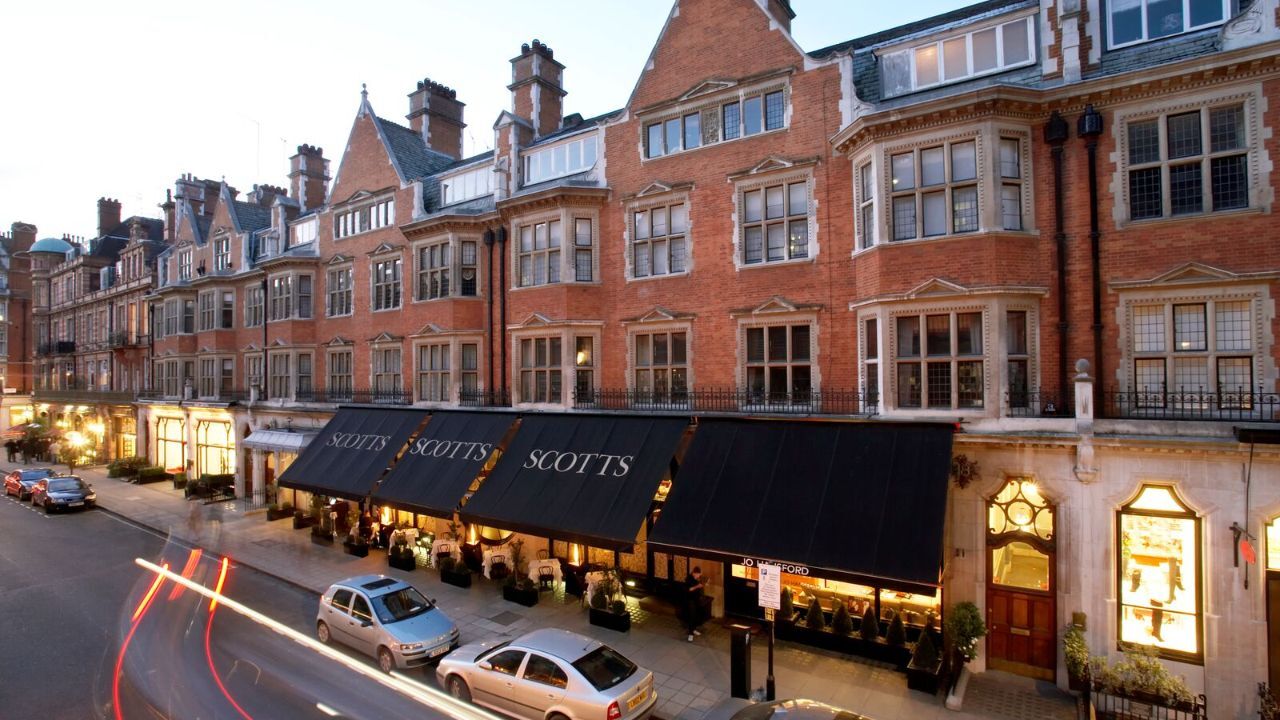 20 Mount Street, W1K 2HEA longtime favourite from Caprice Holdings, Scott's is a regular crowd-puller for both locals and celebrities alike. One of London's oldest restaurants, it has been open since 1851 and was initially an oyster warehouse. Come for the caviar, oysters, langoustines, lobster, Dover sole and turbot, which are all second-to-none. Expert martinis are served alongside a comprehensive wine list. Service is slick and the atmosphere full of buzz—when weather permits, secure one of the coveted sidewalk tables to absorb the passing energy. 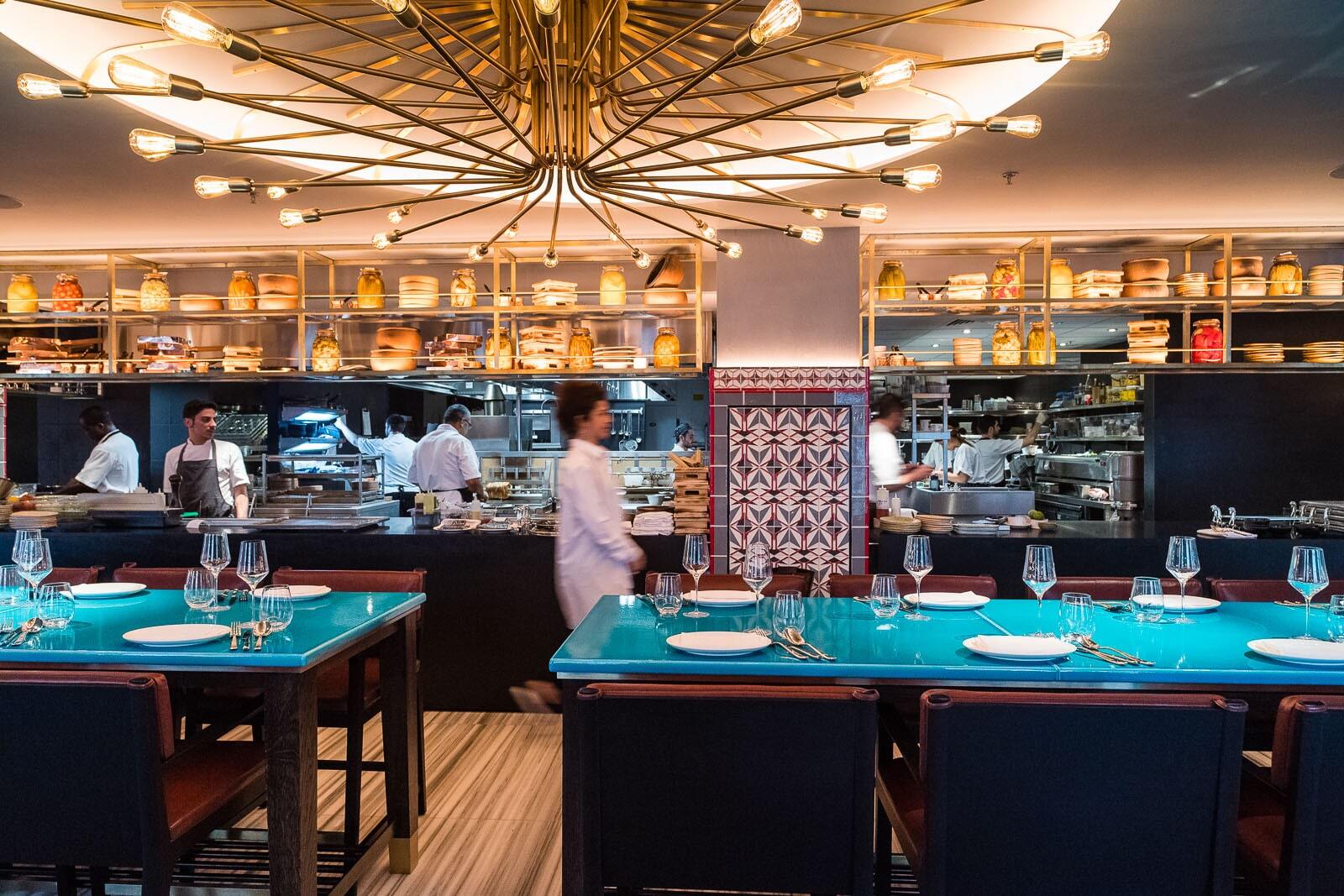 20 Mount Street, W1K 2HEThis Dubai outpost, serving elegant and contemporary iterations of Turkish small plates, is situated directly across from Hyde Park in Grosvenor House. The opulent restaurant features a roster of revolving international DJs nightly in the massive space, and a well-crafted and beautifully made cocktail list to accompany the music. The various menus on offer can accommodate any diet or preference. We like eating in the busy bar, ordering a selection of the small plates to eat alongside the cocktails mentioned above. 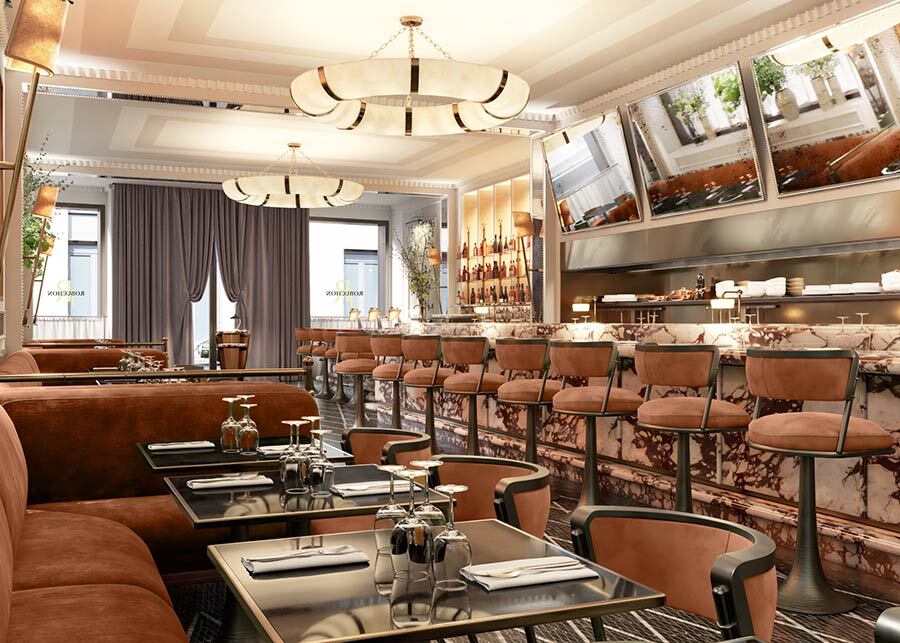 6 Clarges Street, W1J 8AEThe posthumous opening of the most Michelin-starred chef in history's newest restaurant came to London in October. Spotlighting seasonal small plates in addition to Chef Robuchon's signature dishes, the elegant restaurant is vibrant and theatrical in his signature style. Le Chou Fleur, cauliflower tempura, was unexpectedly delicious, as is the burger, which is stuffed with foie gras. Enjoy a long and leisurely meal in this elegant space, which encourages sharing and indulgence. A complimentary to-go restaurant, Le Deli Robuchon, is soon-to-open in Piccadilly.

A beginner's guide to dream garages